Hastings Harbour Quarter plans to bring essential reinforcement for the fishing industry, and further strengthening of the tourism industry and job/housing creation 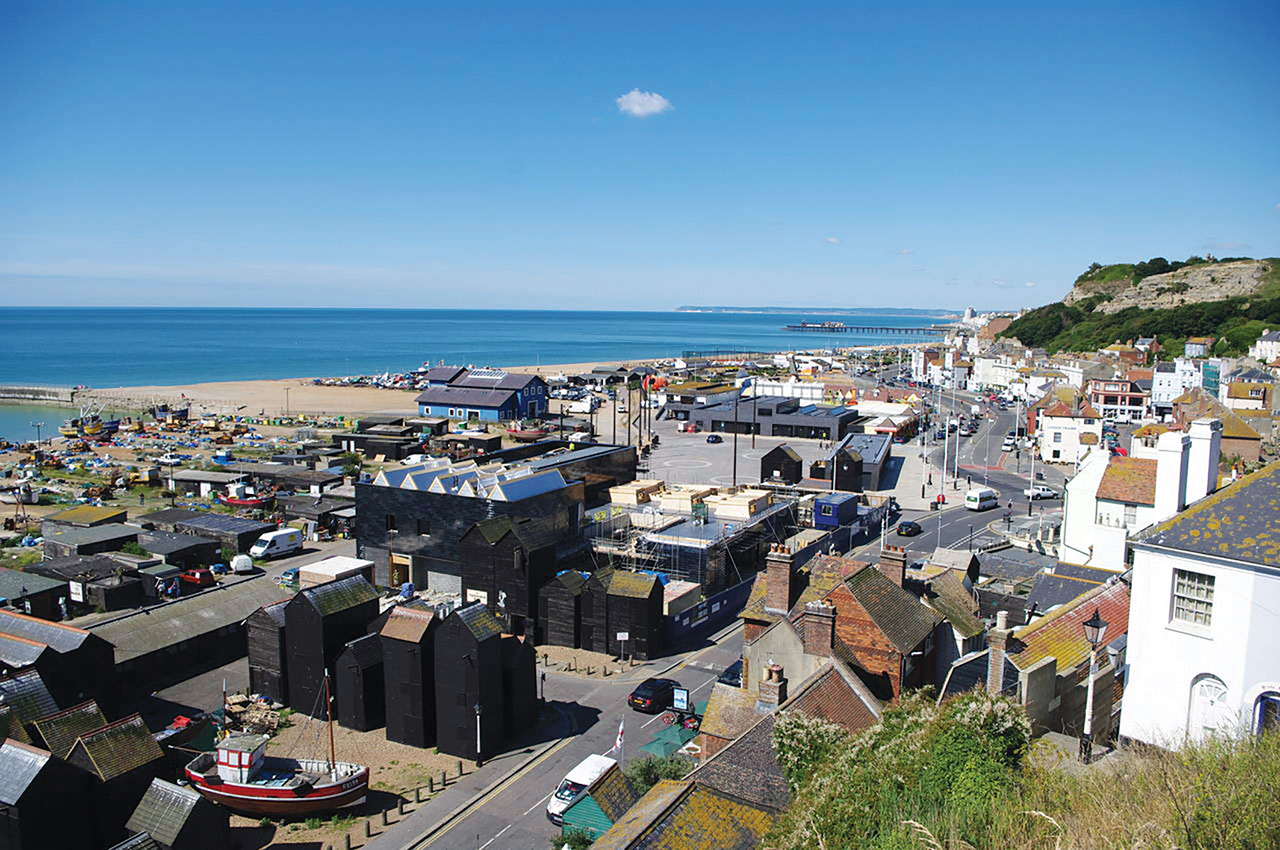 On 19 October 2017, the Hastings Area Chamber of Commerce invited Michael Drain Architects to present an informative analysis, and open up discussion in the first public forum for their proposed £500m project, the Hastings Harbour Quarter. With a view of the sunrise from Hastings’ Pier, one might hope that it will be a positive omen.

Now able to speak in more detail since the non-disclosure agreement had been lifted, Michael Drain presented the project as having potential to be a ‘regeneration catalyst’. Currently over a third of a way through a ten year development cycle, Hastings Harbour Quarter plans to bring essential reinforcement for the fishing industry, and further strengthening of the tourism industry and job/housing creation. They believe that their business case (evaluated by BDO Global) is financially self-sustaining, sitting alongside the rest of Hastings and St Leonard’s-On-Sea area as a ‘halo development’.

With public support and critical mass of development, they hope the project can create its own sustainable momentum that will positively augment business and the wider community, with a publicly accessible harbour.

One member in the Q&A afterwards, worried that the project could be a halfway house of development that will be left unfinished after much promise, but Drain believed that with government backing, it will be too expensive to leave improperly developed.

After the presentation, Drain entertained a brief session of challenging, sharp questions from our members. As another member put it, he wished he could ask 45 questions, but with the wiliness to face a critical few inquiries that morning from our informed members, they will potentially find a way to answer all of them.

One of the questions not included in their original press release was the issues about the access to the site. Drain said that many possible avenues were being investigated as there has been no conclusive studies, but highlighted a series of options such as seeing the need to reduce use of cars, offering options such as a concession zone to certain areas, or building a tunnel underneath the cliff and country park. In conjunction with this, another member mentioned that the success of the town has led to traffic issues, which are being investigated in line with White Rock regeneration plans, and this member hoped that they could work in conjunction with Hastings Harbour Quarter LTD, to resolve issues that affect the area as a whole.

Michael Drain concluded that whilst the project has been worked on for the last four years, the project needs further public consultation and community engagement in the next coming months. They are willing to engage with issues involving infrastructure (coupled with the development of residential infrastructure to offset the commercial spend), traffic issues, and environment implications, with many questions planned to be addressed in consultation with a wide variety of stakeholders.

At Hastings Area Chamber of Commerce, we pride ourselves in keeping our membership informed and involved in the local area. We do not just work to bring the business community together, but how that community will be shaped and evolved in the future. Just like the Hastings Borough Council, we welcome the introduction of the idea and its potential output, but as Simon Hubbard (HBC) said, ‘we have a long way to go to be where we want to be’.