READ NEXT
Passat - Comes of Age 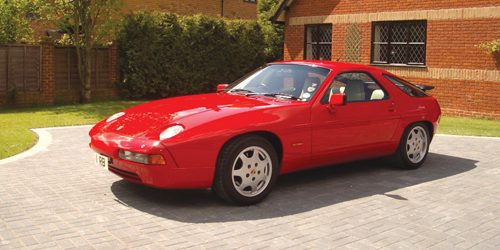 The Porsche 928 was a revelation to me when l first bought one back in 1992 and having owned a 911 SC immediately prior l, like many others, considered that to be the ultimate Porsche. After ten minutes in my 928 GTS in fire engine red with oatmeal interior with a thumping great 5.0 litre engine, l was hooked.

The 928 is now climbing in value with an average 2.8% uplift in value per quarter, therefore around 1% per month. 12% increase per year for a lump of metal sitting in your garage that you can spin round in every weekend, is none too shabby and many predict the annual price rise to be 20%.

The 928 was produced from 1978 – 1995 and was originally designed to replace the 911 and was only the seventh ever front-engined Porsche, and was the company’s first V8 production model. The finished car debuted at the Geneva Motor Show in 1977 and went on sale in 1978 to much acclaim but slow sales. Purists we put off by the water cooled front engine and everyone else was deterred by the high price and the fact that it was more expensive than the 911. Nevertheless, it went on to win the 1978 European Car of the Year and much praise for its beautiful design and futuristic features and l for one think it is a truly beautiful car. The drive is silky smooth with titanic power under your right foot, four seats and a hatch back – the ultimate autobahn cruiser.