Is VAR REALLY the future of football?

VAR stands for Video Assistant Referee… or should it read Verdict Ambiguously Reached? 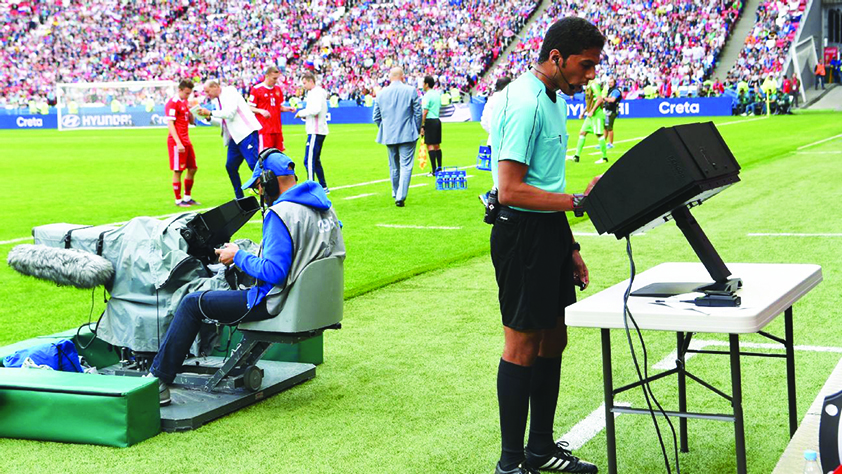 VAR stands for Video Assistant Referee… or should it read Verdict Ambiguously Reached?

VAR has been trailed at English Cup games this season and it will be implemented in this year’s World Cup in Russia. But is it a good thing for the ‘beautiful game’?

VAR is designed “to correct clear errors and for missed serious incidents” in “match-changing” situations such as whether a goal should stand or not, penalties, red cards and mistaken identity (i.e. was the correct player cautioned or sent off)?

So, has it worked so far? We’ve seen ridiculous stoppages of over 2-3 minutes simply to establish if there was a foul committed! Really, that long? The end result is total bemusement on the pitch and among the fans, mainly due to the total lack of communication. It has created as much confusion as clarity, but I appreciate it is still a trial and yes, we want to avoid situations where clearly a wrong decision has been made.

I appreciate technology can only improve things, but I’m uncomfortable with this being the future; the beautiful game is beautiful because it’s free flowing unlike the stop start sports of rugby and cricket. Lengthy delays when each major decision is checked will completely ruin the enjoyment of the game.

Is it more important to get the right decision? Well of course it’s always going to be the latter when it’s your own team, but c’mon, it’s hilarious when it’s another team. Or is that just me?

The decision will still be one person’s opinion and we assume VAR will solve all our worries but take the recent rugby match between England and Wales where VAR already exists. The Welsh were denied victory with a late try being disallowed after a review when it appeared the Welsh player had indeed touched the ball down first. An injustice or just impossible to agree? In this instance, even the camera angles were inconclusive.

I was always brought up to believe the referees decision was final and personally I would rather the authorities spent their time and energy eradicating the clear cheating which is designed to influence the referee’s decision.

What is completely unacceptable is the way footballers surround the ref and intimidate him or her into deciding in their favour. And this still seems to happen even when VAR has been used! This needs to be cut out of the game, as well as diving, feigning injury and brandishing imaginary cards to get the opposing player cautioned or sent off. And what’s with swearing at the ref if you don’t get the decision?

But hey, if England win the World Cup in Russia and VAR helps us get the correct decisions, then I take it all back! As a certain Meerkat would say, “Simples” .

To mark the centenary of the women’s vote, the expo will feature a roster of female guest speakers...