Lewis Hamilton The most decorated sportsman in British history.

The fitness levels of such drivers is on a par with any sportsperson in the world and they then climb aboard a rocket ship that will accelerate so fast it would make a normal persons eyeballs rotate and then spend two hours on the edge of death at every corner. 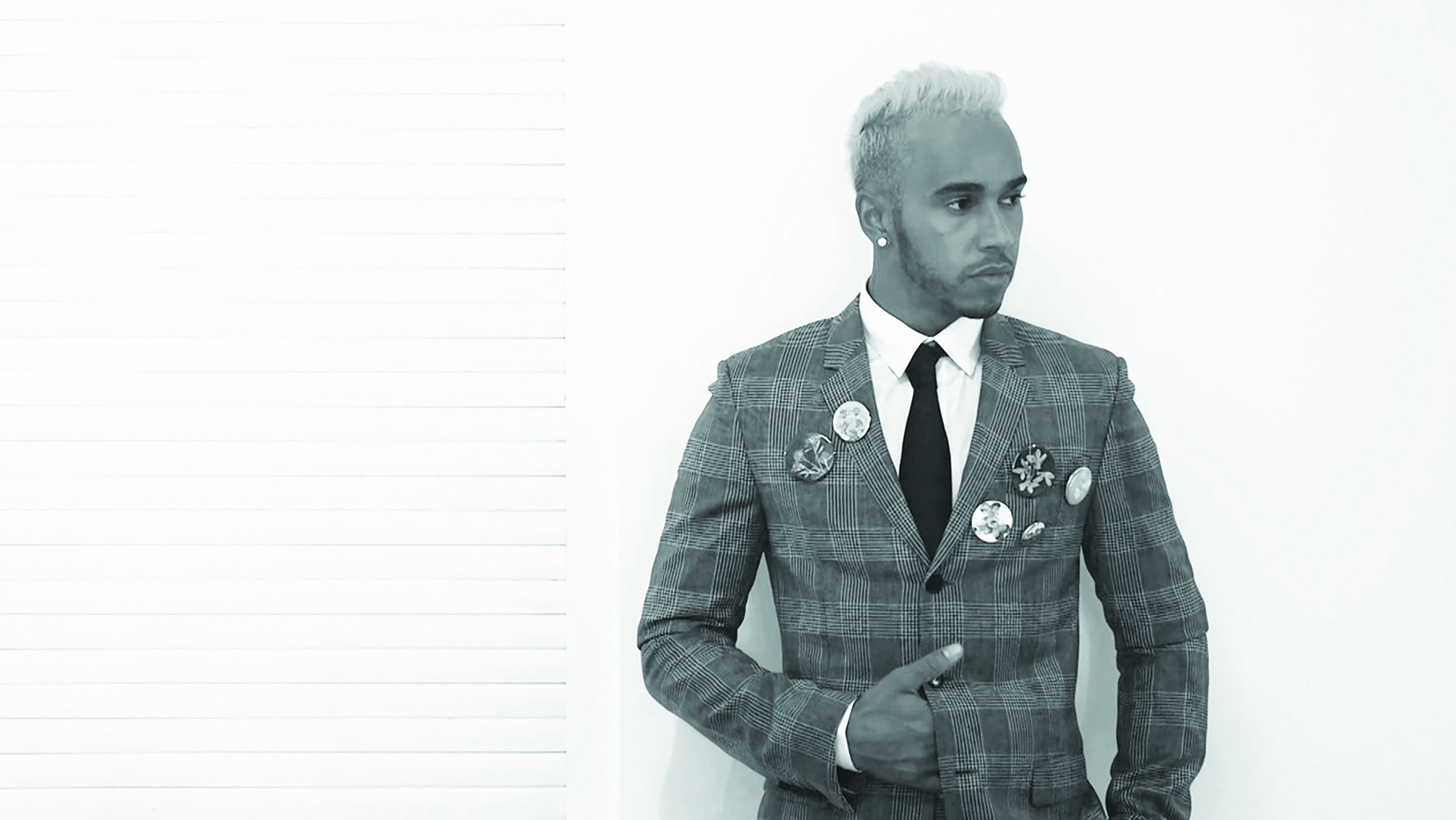 I often hear that old chestnut that Formula 1 is not really a sport. What total rot.

The fitness levels of such drivers is on a par with any sportsperson in the world and they then climb aboard a rocket ship that will accelerate so fast it would make a normal persons eyeballs rotate and then spend two hours on the edge of death at every corner.

The top of the F1 tree is Britain’s Lewis Hamilton, four times World Champion and widely regarded at the finest driver of his generation. In addition, he has more race victories than any other other British driver, top of the all-time career points, most wins at different circuits, all-time most pole positions, most consecutive podium finishes from debut and the most grand slams in a season.

Lewis has been racing since he could walk. His Dad bought him a remote-controlled car when he was 5 years old and within hours, he was doing things with it that amazed everyone. At 6, his Dad bought him his first kart for Christmas and agreed to fund his karting career as long as he worked hard at school. He had quite a tough time at the John Henry Newman School in Stevenage as, being of mixed race, he was badly bullied and fixed this by taking up karate.

The early days were a great struggle as his father Anthony Hamilton was working three jobs and trying to make ends meet and financing his sons fledgling karting career. This was justified rapidly as he started winning races from day 1, leaving the field stunned at his raw natural talent.

Famously, at the age of ten, he approached the boss of the McLaren F1 Team, Ron Dennis, a feared task master, and boldly stated that he would be racing for him when he grew up. Dennis laughed and said ‘phone me in nine years and we will sort something out’. In 1998, Dennis actually called him after he won the the Super Class kart series and his second British Championship and he was enrolled in the McLaren young driver development programme, which included an option of a future F1 seat, which eventually made Hamilton the youngest ever driver to secure a contract, which later resulted in an F1 drive.

Ironically, his 2016 team mate and arch rival, Nico Rosberg was also his rival as kids in karts. I witnessed this rivalry first-hand many years ago when l travelled to Lake Garda in Italy with a friend and his son who was a very able karter, along with my daughter who was then twelve. As we sat in the sun drinking cocktails at the circuit, l suddenly realised that my daughter was missing and sought her out. I located her in the pits surrounded by Hamilton and Roseberg who were also both 12. I stood back and watched as Rosberg was trying to chat her up with Lewis not terribly interested off to one side, until he heard Nico chatting to her at which point he shot over there and they started vying for her attention with little interest in her but in total unbridled rivalry, absolutely intent on getting the better of each other in every aspect of life. Needless to say, l stepped in and pulled her out of there and then shackled her to me for the rest of the day. Although, l can now see certain benefits to Lewis being my son-in- law!!

They both went on to join the Mercedes F1 team as teammates and there were some ugly scenes on track as they fought tooth and nail with each other. Eventually, Rosberg beat lewis to the 2016 World Championship by a couple of points and, as the intense stress of fighting with Lewis took its toll, Rosberg promptly retired from the sport. He just did not have the mental strength required to continue the fight and Lewis went onto win the Championship in 2017.

Many commentators will note that Lewis is temperamental and, on occasion, acts like to spoilt child and in many respects this can be the case but one should remember that he was a very young man to have reached such dizzying heights and has a talent only matched by the likes of Michael Schumacher, Juan Manuel Fangio, Alain Prost, Sebastian Vettel and Ayrton Senna. At only 33, he has time to smash them all.

It should be noted that he broke another F1 tradition, that of being the first black driver to join the F1 circus. He recently accused F1 of lacking diversity and claims F1 should do more to encourage participation from a wider range of ethnic backgrounds. “There’s barely any diversity in F1. Still nothing’s changed in 11 years I’ve been here. There’s so many jobs in this sport of which anybody, no matter your ethnicity or background, can make it and fit in”. Formula One has chosen not to comment on the remarks but it is not the first-time Hamilton has spoken out about racial issues. After being penalised by Monaco race stewards in 2011, he said: “Maybe it’s because I’m black. That’s what Ali G says.”

As we launch into the 2018 season, Hamilton has been talking about his mental state. “When your interest starts to decline and your drive starts to decline, then you are past the peak. I definitely don’t feel like that,” he said. “I’m definitely in a good range now and that’s where I need to continue, to extract the most from it.” Last season Hamilton battled Vettel, who led the title race until the 13th round at Monza. The German admitted it was difficult to find chinks in Hamilton’s armour. “There aren’t many,” he said. “He has been doing a good job for many years now.”

Hamilton however was circumspect about his team’s chances, pointing to the Red Bulls of Daniel Ricciardo and Max Verstappen, which have made good progress over the winter. “Daniel’s been smiling quite a lot today so I think you’re going to be surprised this weekend just how competitive Red Bull are,” Hamilton said. “There’s a lot of hype around our team, which I think is very difficult to take much notice of. I’m excited to see

how we all fare once we get into practice.”

Ferrari are understood to have unlocked more power from their engine over the winter but Vettel insisted Hamilton was the man to beat. “I think Lewis is right to be the favourite but it’s a long season,” he said. “We have all the reasons to be confident. Our car is great. Based on testing I think we are in good shape.”

However, former McLaren driver and TV pundit, David Coulthard believes this could be his last if the Brit becomes bored by the day-to-day routine of the F1 circus. “I believe that you don’t lose the speed, you lose the need. He is, like all of us who start at a very early age, born to race. That’s what they do. That’s what he thinks about when he goes to sleep at night and that’s what he thinks about when he wakes up. The day he wakes up and is feeling a bit tired but not in the same way that he’s felt tiredness before, thinking “do I really need to do this?”, when all of that builds up… In life, we all accumulate baggage: if you’re lucky enough it might be Louis Vuitton, high-end baggage and if you’re unlucky it’s a Tesco carrier bag. We all have baggage but it’s about how well you manage your time and how hungry you remain.”

Hamilton himself was posed the same theory during the recent pre-race press conference in Melbourne, and reacted angrily to one journalist’s suggestion that he sounded ‘jaded’.

“I’m definitely not tired – this is the 12th season of doing the press conference,” Hamilton said.

“I’m not the most excited about this section of the season and the race weekend – but I’m looking forward to getting in the car.” And when asked if he was still up for the fight, he replied: “Of course.”

Hamilton is the highest paid driver in the paddock and according to Forbes, he is the 11th highest paid sportsperson in the world with a £100 million, 3-year contract with Mercedes and an additional £40 million coming from image rights. His net worth is estimated at £240 million. Naturally, he lives the life of the multi-millionaire sport star with a private jet, homes in Monaco, Los Angeles and London and a stable of cars that make me salivate.

As far as the 2018 season goes, it is set to be really exciting. Vettel has arrived with a new Ferrari that should see some extra speed, Bottas has a matching Mercedes to Lewis but not the talent or the mental strength to fight and, most exciting of all, Dutch youngster Max Verstappen in a new Red Bull has the chance to go wheel to wheel with Lewis and that would be the most exciting fight of the year. Ideally, we would like to see them in matching cars and then the fight would really be on.

Most fans agree that the biggest, and worst, change for this year is the introduction of the halo. This monstrosity covers the cockpit to avoid debris flying in and hitting the driver as happened to Felipe Massa in 2009 when a spring became detached from the car in front, flew into the cockpit at 175mph and struck Mass in the head. He fully recovered but it was touch a go for a while. The halo is in advance of the move to a fully enclosed cockpit that will, in my option, kill the sport. This is life or death, wheel to wheel racing and we want to see the drivers. The majority of the drivers agree and there is little appetite for the closed cockpit except from the new owners of F1, American Liberty Media. As with most Americans, they are terrified of lawsuits and bad publicity and will inadvertently kill the sport in search of protection for their profits.

So, this is more than just a parade of cars going around and around. This is a tight fight between world-class athletes, driving the latest technology the world has to offer, in dazzling locations in a fight to the death.

And at the top of this international tree we have a young black kid from Hertfordshire.