READ NEXT
How to buy & sell a Boat 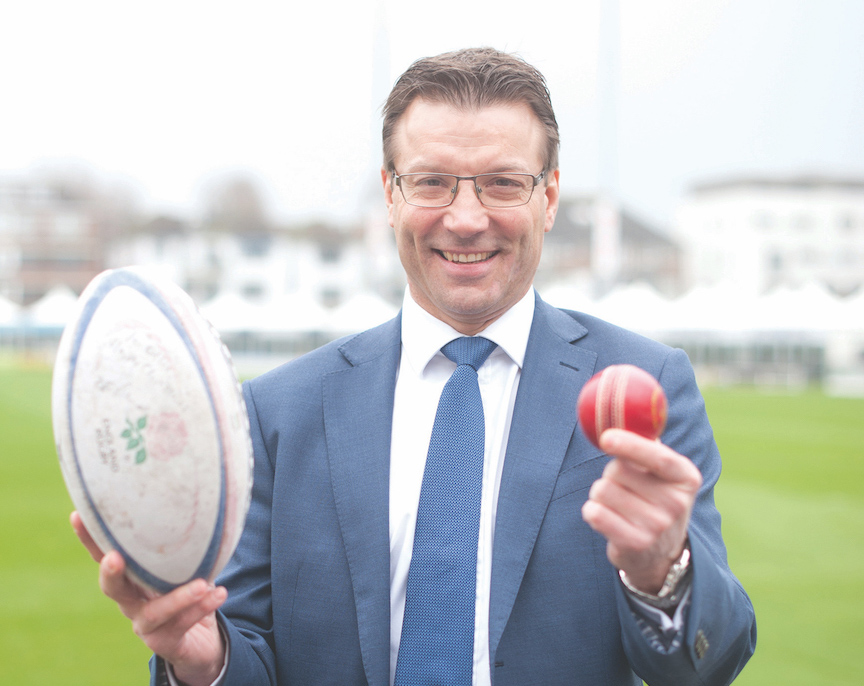 You’ve been CEO of Sussex Cricket Club for just over a year, how would you describe your first 12 months?

It’s been hectic and very interesting; There’s been a significant amount of change behind the scenes, which has allowed us to refresh things commercially and have a good look at where we are, what we’re doing and why we’re doing it which has included bringing in a new Head Coach in Jason Gillespie. I’m ambitious and have been trying to make things better, but people always ask what are your goals? We just want to win every game, that’s what sportspeople do, but will we win anything this year?  I hope so, I want to be at the T20 Finals day, I want to win the 50 overs at Lords and I want to get promoted. As does everybody at the Club. Will it happen? I’ll tell you at the end of September.

It looks like things are coming together nicely at Sussex, what do you expect for the season ahead?

I certainly think we have tried to make decisions to take the Club forward, but the proof will always be on the pitch because you can’t hide from the results. I think there’s some real talent here, we’ve got some experienced players and we’ve got some young very talented not quite the finished article players. That is an exciting mix for any coach and ‘Dizzy’ (Jason Gillespie) can see that. Is it going to come to fruition this year, or next? I don’t know, but what I do know is that there is real positivity around the place.

Where is the Club compared to where you thought it would be this time last year?

One of the key things about building a team is you’ve got to have a core of your own players and then bring people in who add value. What we need now is a bit of stability as I didn’t feel that we were a tight team last year. We had some talented individuals and when they performed we looked like world beaters and when they didn’t we looked rubbish.

There was nothing in the middle, so we need to be more consistent. ‘Dizzy’ is aware of this and his strengths are making a team play like a team and developing players. That’s always been a strategy for me, to grow our own players, but we also need some strength in depth, so we’ve needed to bring players in as well. Fundamental though is developing the young players, they are not going to be good enough unless we give them time. I was lucky enough to do what I did, but I wasn’t as good at 19 compared to when I was 28.

We’ve got to have a vision about where the younger players can get to. Equally we’ve got to be tough enough to say if they’re not going to make it. Teams go through cycles as well, and this club has been in a transition phase, probably for too long.  But I sense that if we can just be patient and have some belief in these young guys we can build something that lasts.

You’ve brought in Jason Gillespie as Head Coach who has won two titles with Yorkshire and the Big Bash with the Adelaide Strikers in Australia. Then the signings of Ishant Sharma and Rashid Khan, the 2nd best spin bowler in the world, so how we can do this year?

(Laughs!) I hate this question! I get asked it the whole time and I have had it for the last 25 years and you just can’t answer it! It’s just not possible, you guys always want the answer.

If you had a choice then, would it be to win the T20 or get promotion (from
Division 2)?

It’s easy for you to sit there and ask that question. We want both of course. We probably should’ve been promoted last year. In the T20 we were a little bit unlucky with the weather and the run rate at the end. We only had Tymal (Mills) for four out of fourteen T20 matches and we won all four when he played, so keeping our best players on the field is also important. On paper we’ve got a strong T20 line up if they’re all fit and playing well.

Cricket is more complex than any other sport with different formats of the game and players going off to play international cricket. At the start of this season Jofra Archer and Chris Jordan are going to be playing in the Indian Premier League which is why we’ve signed Ishant Sharma, so we’ve got an almost absurd situation where we lose two players to go and play in a competition in India and we sign an Indian to come and play in an English competition to replace them. We’ve only had five players here all winter, the rest of them have been away playing for somebody else. So you’ve got to have some flexibility in the squad.

What do you think of the balance between youth and experience that you have now?

Always a really interesting question, if it’s too experienced or too young you lose something either way…

I think young players develop very quickly if they’re good enough especially when you look at Jofra Archer and George Garton’s development and also Michael Burgess who was really impressive last year. Good young players accelerate quickly and that’s where I think we can move on this year.

I am often told we haven’t replaced Chris Nash. On one level we haven’t, and on another level, we’ve got Phil Salt, Harry Finch, Delray Rawlins, Laurie Evans, Michael Burgess, all effectively fighting for a place. Stiaan Van Zyl, Luke Wells, Luke Wright, Ben Brown should be in the team, if they are performing. That means there’s five batsmen going for two slots. If we replace Chris Nash we’ve got five young batsmen for just one slot, so what’s the point in keeping them.

If you don’t believe in developing young players, then don’t have a development system which I think is wrong. There’s nothing better than seeing the next young talent emerge, that’s what sport is all about. I want all the established players to get over 1000 runs this year but wouldn’t it be brilliant if one of the young players gets 1000 runs as well? The opportunity is there for them and they can see that because we haven’t filled that hole. If we had, they’d be thinking they might as well go somewhere else.

Australia come here on the June 7th, are you looking forward to it?

Yes, it’s a huge fixture for the club the players and the fans, it’s a brilliant event for the club both on and off the field. The off-field side is very important as are the two concerts we’ve got here this summer… probably some fans won’t be interested in Lionel Richie and Little Mix but we’ve got a business to run here as well to enable us to drive revenue to be able to put back into cricket. We’re not here to make profit to put in the bank, we’ll always try and invest in the ground to make that better and in cricket generally.

The England Women’s team will play South Africa in Hove and also the KIA Super League Finals Day is here again. Does this shows how far Sussex has progressed to be able to host these games?

It does, women’s cricket has always been strong in Sussex. There’s a long history of Sussex girls going on to play for England. We’ve got fantastic facilities for the girls and having England come here as well as the Southern Vipers who are playing as part of a double header with a men’s T20 match is fantastic. The Super League Finals Day was a great day last year and we would like to be a home for England women’s cricket. Women’s cricket is growing enormously, it’s going to be a big part of the future and we’ve got to be at the forefront of that.

Commercially, you’ve secured some big deals, but I imagine the hard part is trying to get everybody to buy into what you are building here?

The support from the local business community is fantastic and all the sponsors and partners are critical to helping the club balance the books. You’ve got to have enough money to keep your best players when other clubs are trying to take them, which means you’ve got to pay them a bit more, but also have a development system where you’re trying to bring good youngsters through.

Without all those companies and the Boundary Club members, the club is in a much poorer place, not just financially but also in terms of support for cricket in the county. Overall local businesses and local people like to see the club develop local talent.

England were regarded as one of the top test sides in the World but losing the Ashes and now struggling in New Zealand. What’s gone wrong?

Cricket is very complex in terms of the scheduling and there’s something clearly not gelling in the Test team. Possibly it’s the way red ball cricket with the County Championship is played at the beginning and end of the season. There has clearly been a massive focus on white ball cricket, where we look a much stronger team in the 20 and 50 over format. But all teams go through difficult times, look at the England Rugby team, couldn’t lose a year ago, they can’t win now!

…. ah ha, rugby, that’s another story for another time…

Next Issue of Platinum Sport in fact. Look out for the May edition to read Rob Andrew on rugby.