My most memorable match watching Brighton and Hove Albion was the first league game back in Brighton after the wilderness years in Gillingham. 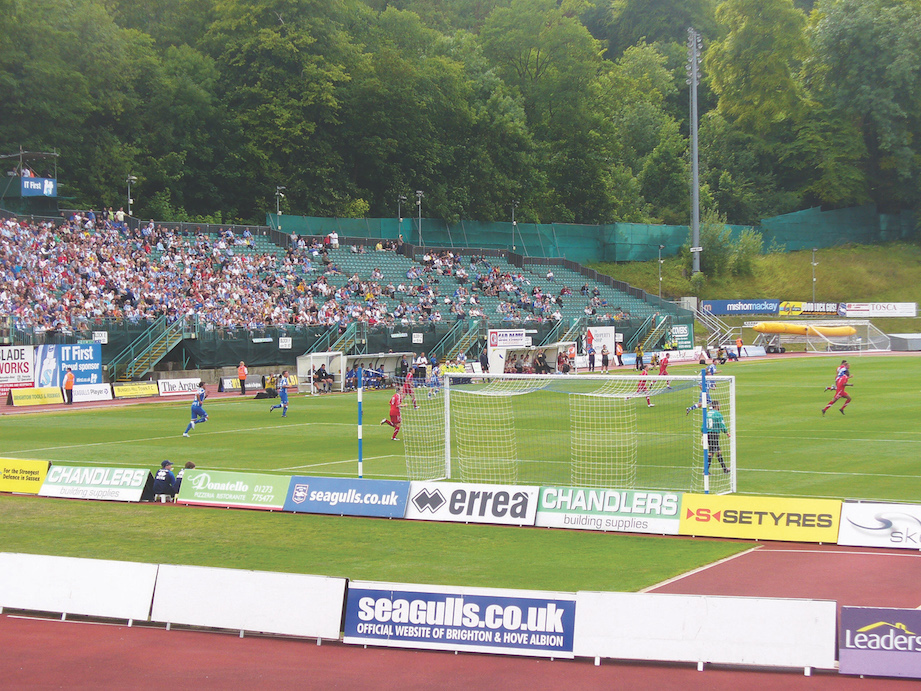 Having had season tickets throughout the Withdean era (not “the” Withdean as some commentators referred to it), I saw plenty of highs and lows and most of them seemed to be in the rain.

The title winning game against Chesterfield (with brown envelopes) and penalties against Swindon to take us to the first play off final since 1991 came close, but my most memorable match watching Brighton and Hove Albion was the first league game back in Brighton after the wilderness years in Gillingham.

We were playing Mansfield town at Withdean. It was a glorious sunny and warm August day in 1999 and we had a few cheeky pints at the station pub at Preston Park before walking along to Withdean. The crowd was small (around 6,000 fans) but we made quite a noise. It was so good to be back in Brighton after those awful years both before and after the move to Gillingham.

Everything seemed new and exciting and there was a real buzz around the place (ironic really as a few years later the first day of the season we had a wasp’s nest under our seats in block E!). Micky Adams had just been appointed and had brought some of his old players with him from Brentford. Charlie Oatway and Darren Freeman were excellent on the pitch that day; Darren getting the match ball after his hat trick.

It helped of course that Mansfield were down to ten men early on but that just summed up the perfect day. Nothing could go wrong! Times have of course changed for the Albion (and mostly for the good) but I still look at our time at the Withdean with some fondness, and the memory of that first game against Mansfield in the sunshine will last long in the memory.

1. Who is your favourite player?
“Steve Penney - the sight of him
bombing down the wing was a joy to behold.”

2. What was the most memorable game you’ve ever watched?
“Brighton 6 Mansfield Town 0”

5. Your childhood hero?
“Wayne Gretzky, the ice hockey legend. I  saw him play in Canada for the Edmonton Oilers. A genius.”