I read a book by Timothy Gallway called The Inner Game of Tennis. It offers strategies on how to approach negative thinking, something that many of us deal with, either personally or with those around us, and I’m glad I have that knowledge and experience.

READ NEXT
Why has Sitecore become so popular? 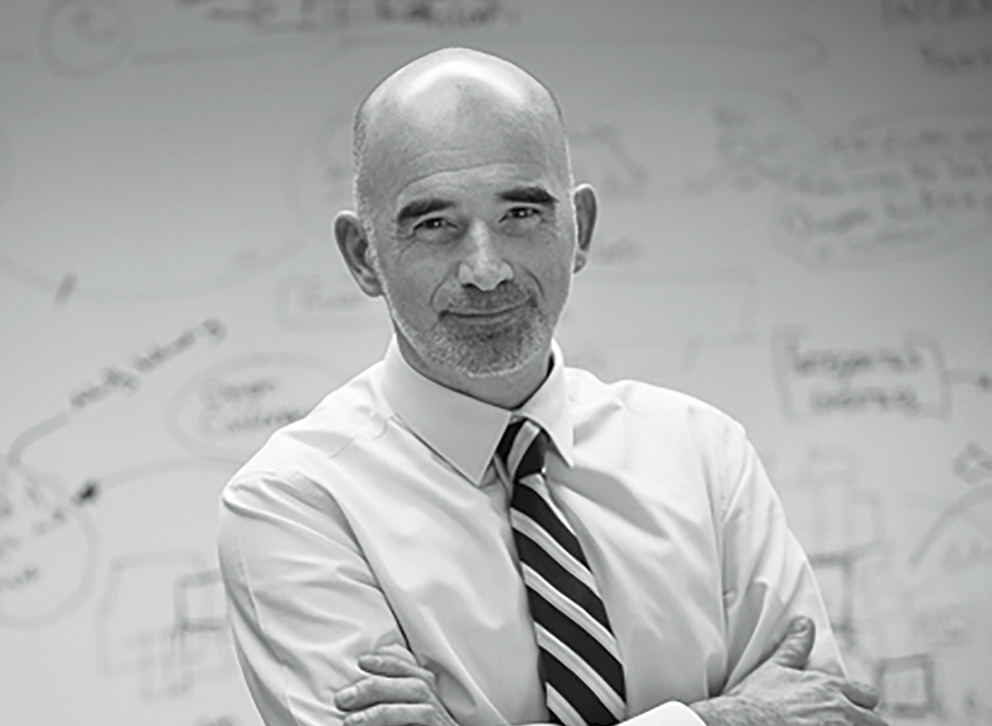 The most significant influencing factors that support me as a CEO are my experiences as a squash player and performance coach.

Sport offers moments where you can gain instant gratification, but the real satisfaction comes from knowing that success has been achieved through hard work and determination. There is a simple honesty about that, which has always appealed to me. Not only do those moments stay with you, but the resilience that is often required to achieve them can often re-define your capacity and capability.

There is no doubt that squash is one of the most physically demanding sports. Simply put, it is brutal. It doesn’t look like it but trust me, it is. I love squash because it is so physical and the tougher I could make it, the more I enjoyed it.

I recall playing in the final of one the open tournaments in Scotland, against a talented ‘shot maker’ on the fringe of the National Team. I knew I would win if I could make the game really physical, so I would deliberately drag out rallies; punishing for me but brutal for him. I knew I had achieved the goal when, during the fourth, he stopped mid rally to call it a day. He was literally out on his feet, exhausted. Thinking about it now, still brings a smile to my face.

Not only is it physically challenging, but also mentally demanding. When I was playing, I read a book by Timothy Gallway called The Inner Game of Tennis. It offers strategies on how to approach negative thinking, something that many of us deal with, either personally or with those around us, and I’m glad I have that knowledge and experience.

I believe listening is a fine art. There is so much noise within the industry now, especially with the impact of social media, it can be deafening. Focusing on the relevant and impactful stuff can be quite a challenge. But when I started coaching, I quickly learnt that understanding the person, through effective questions and listening was key. Learning how people learn and adapting my skills to support them was fundamentally critical to their performance. I still utilise those same skills today.

I love squash because it helped shape me to be the person I am today.

1. Best squash player you’ve ever seen?
“Jahangir Khan, a legend. In his day he was simply unbeatable. 555 matches and five years without losing.”

2. Best match you’ve ever played in?
“August 1986, World Championships Quarter Finals, playing for Scotland against Ricky Curtis (Australia) the World Number 13. I had the ability to raise my game when playing better opponents and Ricky definitely fell into that category. I won the match 3-2, 10-9 in the fifth.

3. Have you ever suffered a serious injury?
“At age 14 I was diagnosed with a congenital physical condition which, as I grew older, became more serious. In 1990, during a check-up, my consultant told me that he couldn’t guarantee how long I’d be able to play squash at a high level. I drove home and placed my racket in the wardrobe. I never played competitively again.”

4. Which sportsperson do you most admire and why?
“Jonnie Peacock. At five years of age he contracted meningitis which led to the amputation of one of his legs. We now watch him win Paralympic Gold Medals in athletics but at one point in his life, he must have been flat on his back wondering what life with one leg would entail.”