Back to the future

READ NEXT
It's all about getting involved 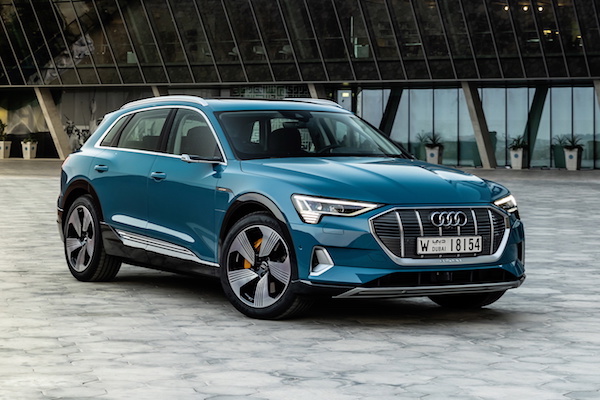 The future is electric Fi, you had better get used to it and by the way don’t forget to write about the “range anxiety“ – Maarten’s editorial advice was ringing in my ears as I gamely jumped into the new Audi e-tron 55 Quattro.

Range anxiety? Having just about worked out if I am “woke enough“ this was just another thing that I needed (or didn’t need) in my daily life as a very busy MD.

Mentioning this to one of our clients who is not really into cars, he asked if range anxiety was something to do with which cooker to choose... if only it was that simple. Nice try though, Steve. You made me smile. And Maarten laughed like a drain.

Range anxiety is in fact the fear that a vehicle has insufficient range to reach its destination an would thus strand the vehicle’s occupants.

The term, which is primarily used in reference to battery electric vehicles, it is considered to be one of the major barriers to large scale adoption of all-electric cars.

So, what was I to make of the new Audi e-tron – consumer rated up there on a par with the Jaguar I Pace, Porsche Cayenne and Chrysler Pacifica Hybrid, and ever so slightly ahead of the Tesla Model S.

Above all I was curious – what exactly did those super clever Audi engineers have in store for us.

It is worth noting that an electric car is virtually identical to any normal car – the only difference is in the method of propulsion.

Several of the female MD’s I work with have made the leap over to electric vehicles and hybrids and are adamant that they will not go back to to the dark side of fuel for very real and obvious reasons:

Reducing their Carbon footprint on our precious planet, no fumes, hugely economical and fast when needed – what’s not to like?

In the spirit of first impressions (as mentioned in Issue 1), I deliberately did not do any research in advance of this test drive – I wanted to experience how easy, intuitive, economical, fast and comfortable or... not, this Audi e-tron was to drive.

I wanted to go into the whole experience naked (metaphorically of course) to see what happened.

The only exception to this lack of research being that I had planned a journey from Sussex to see a new client at Elstree – 162 miles away – during the drive to thoroughly test it out and I would have my business partner Phil Green with me, who is an Audi driver and very keen to experience the e-tron. The only preparation I had done was asking our clients at Elstree if they had any charging points, they did not.

This review is one of two halves. The first, my immediate experience and the second, why we should absolutely be considering electric cars.

So this is a shortened version of the secret diary of an range anxiety virgin to give you a flavour of why, without proper research you could either be completely put off from buying an electric car or why you could also have your mind seriously changed.

Back to picking up the cars keys... it did not start well.

The Audi – e-tron is incredibly quiet, so quiet in fact that I had absolutely no idea if it was on or not when I pressed the start button.

4pm I drive in torrential rain to Lewes for a two hour meeting. Two warning signs appear en route about distance sensors and asked me to to report to a work shop. Decide to ignore.

I quickly abandon the idea of using the electric charging point in the Lewes car park as limited to only 1 hour. It’s so wet, I can’t be bothered and will charge it later at home. Bad move.

7.30pm Arrive home, get the manual out, locate charging cables in the front of the Audi in a very neat bag (very German) and my extension cable to plug the car into. It all looked very straight forward apart from having to wade through a flooded flower bed to feed extension cable through a small window to reach the power supply.

Checked green light pulsing on the power pack and the car for charging – all good.

9 p.m Feeling quite pleased with myself, head off for an early night.

4.15am Woken from deep sleep by green flashing lights outside my bedroom window.

FFS... Eye (sleep) mask located in knicker draw with the aim of trying to get back to sleep. Good lord, this is beginning to turn into “50 shades of range anxiety“!

6.00am Crisp, frosty morning, unlock car to be confronted with Battery Charge error!

I am no further forward on topping up my mileage than the night before. Thinking logically, we shall have to stop at a charging station earlier than planned – no problem.

I then tried to disengage the charger from the car. I pulled and I twisted, I got the manual and the torch out this was definitely range anxiety now. Sense of Humour – Zero.

I thought I would give it another 5 mins before coming up with a Plan B and giving it one last attempt, I managed to release the charger but not without being propelled back into a very muddy garden Sense of Humour – minus 5.

Transpires that disconnecting the charger from the Audi is a common problem and they have devoted an idiot’s guide to this on YouTube. The engineering is so clever, that they have hidden the release button in the body work to seamlessly blend in with the design (for security reasons) except they don’t tell you that in the manual!

7am Pick up Phil, we plan to recharge at Pease Pottage and phone client to let them know we are going to be 1.5 hours late with massive apologies.

We have to download an App to sort the charging out which is going to take 45 minutes, so head off for a cuppa. The App tells you how far you are along with the charging – we like that.

The Audi has a beautiful linear drive, is wonderfully smooth and fast but spectacularly eats into the mileage if you put your foot down.

4.30pm We leave our understanding clients and head back to Sussex.

I tried to check out charging stations near to me and they are eight miles in the opposite direction. So I decide to phone good pal and Tesla owner Sam to see if I can use her supercharger en route home but no joy there as theTeslachargerisnotcompatible with Audi – SOH beginning to go south again. Sam did suggest changing my extension cable for a thicker one (same voltage) – as I was now busily calculating if I had enough power to get to my meetings the next day.

8pm Back through the still flooded flowerbed with the new cable.

8am Result! Ridiculously pleased to see that I had managed to add 35 miles on top of the 30 miles left in the battery.

There is a battery god. I am disproportionately happy at the result.

Meetings all managed and I leave it to charge for 12 hours overnight which gives me an additional 45 miles – so realistically – without a fixed home charger you will need about three days to charge the battery fully on a domestic system.

Home chargers start retailing at between £279 - £449 and the very good news being you can indeed buy Universal chargers or a Tethered charging unit where you have a permanent fixed cable.

So, on the day our Government announced that they are bringing forward the ban on the sale of new petrol and diesel cars by five years to 2035, what conclusions can we draw from all of this?

Will the true driver experience become obsolete as we embrace the environmental and economic benefits of the electric car?

Is it no bad thing that we potentially have to work a lot harder to think about our travel and how much it costs?

I would say that it absolutely has to.

◗ It drives like a dream – very smooth and linear.
◗ For a big car it feels light to handle and brilliantly responsive.
◗ No petrol fumes.
◗ Very responsive braking.
◗ Illuminated seat belt buckles when trying to connect seat belt.
◗ Seriously spacious boot space.
◗ Economical – once Super Charger paid for and installed at home.
◗ I had probably spent about £22 for 267 miles over 4 days.
◗ B & O sound system.
◗ There is a discount on the price of brand new low emission vehicles through a grant of £3,500 the government gives to vehicle dealerships and manufacturers.
◗ It has Co2 emissions of less than 50g/km and can travel at least 112km / 70 miles without any emissions at all.
◗ Range anxiety can be absolutely overcome without drugs or a spell in rehab through having a charger at home (essential) and rigorous route planning.

NAY:
◗ It looks a little old fashioned – the design feels out of sync with the technology.
◗ One of the least intuitive cars I have ever driven.
◗ Lots of technology but took absolutely ages to work it all out.
◗ Very, very few charging stations.
◗ The manual is not very clear but there does appear to be lots of Audi Engineers on the internet explaining how things work instead if you can be bothered.

7.5/10 - It felt like a super clever engineering fantasy for automotive engineers rather than being designed for environmentally conscious customers who want to make a serious difference with their future driver experience. But the future is definitely electric and with the right research and a supercharger at home, I would definitely consider the leap.