The First TRANS-WOMAN STAR OF MOTORSPORT 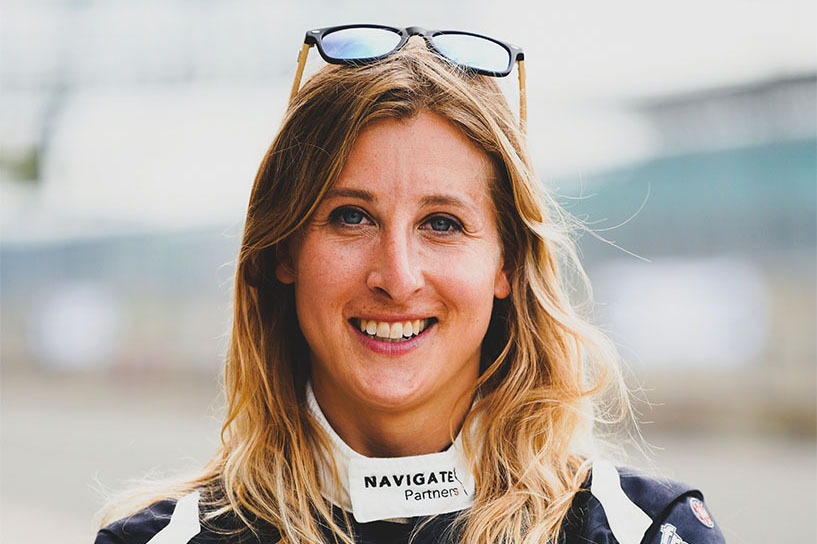 Charlie Martin represents a paradigm shift in motorsport that has never been seen before. By Maarten Hoffmann

As a transgender woman in motorsport, Charlie occupies a unique role both within her sport and the LGBTQ+ community, making her a perfect fit for brands looking for a strong and charismatic ambassador who can champion their ability to challenge the status quo.

In 2020 she made LGBTQ+ history in the ADAC TOTAL 24 Nürburgring-Rennen, one of motor racing’s toughest endurance races. She has captured the imagination of people around the world, her story has been shared on national television, in the national news, and in some of the most prestigious international publications.

Charlie’s fearlessness both in and out of the car make her one of the most eye-catching and engaging drivers competing in international motor racing today. Her tenacity and self-belief have helped her to overcome the impossible and push for change when the odds were stacked against her. In a sport sadly lacking visible diversity, she stands out. She is changing perceptions and champion-ing inclusivity.

Her ambition is to make history as the first transgender driver at the 24 Hours of Le Mans, the world’s oldest and greatest endurance race. Guinness World Records have confirmed that they will classify this as a World Record due to the cultural significance of such an achievement.

Charlie’s brand of positivity has helped her build a highly engaged following across her social channels, totalling over 50,000 people. Whether she’s trail running, abseiling down, free riding through powder on her snowboard, heading off on surfing road trips or simply sharing her thoughts on life and the ideals she stands for, these are all activities that are synonymous with her brand that can easily be linked to her partnerships.

Having built a highly engaged audience across social media, Charlie has worked consistently with household names such as Sky, Formula E, and BMW Group as well as established esports brands like Thrustmaster, ASUS ROG, and Trak Racer. A high percentage of her followers are female (Instagram 33%) and her standing as a role model within the LGBTQ+ community enables her to reach a diverse demographic as a trusted voice.

Blazing a trail and breaking new ground in motorsport has meant being constantly in the media spotlight. Since coming out in 2018, Charlie has been using her platform to improve transgender awareness and acceptance in the world, and is frequently interviewed on national news as a trusted voice for the community on inclusion within sport.

She was named as the first Stonewall Sports Champion by Europe’s leading LGBTQ+ charity, and also works as a patron for Mermaids, and an ambassador for Athlete Ally and Racing Pride.

In 2020 she was shortlisted for two awards (British LGBT Awards: Sports Personality of the year, and DIVA Magazine: Sports Star), and featured in the Attitude 101, Pride Power and Out100 lists.. In 2021, British Vogue included her in the Vogue 25, a celebration of inspirational woman shaping 2021 and beyond.

We caught up with Charlie to ask what International Women’s Day means to her:

“I feel that IWD is about looking at the landscape and the progress we still need to making in achieving equal rights for women. There are so many issues that still need to be tackled, such as equal pay for equal work (women lose $2.9 trillion every year) and the lack of women at C level management to simply creating more equal opportunities for young girls around the world. Of course it’s also a celebration of inspiring women, it’s about supporting one another and empowering positive change.”

International Women’s Day takes place on Tuesday March 8th and this year’s theme is #BreakTheBias. This event shines the...

“NatWest Group delivered a strong performance in 2021 as we returned to profitability, made progress against our strategy and...

Dame Cressida Dick’s tenure as the Metropolitan Police Service (MPS) Commissioner came to an end with her dramatic resignation...