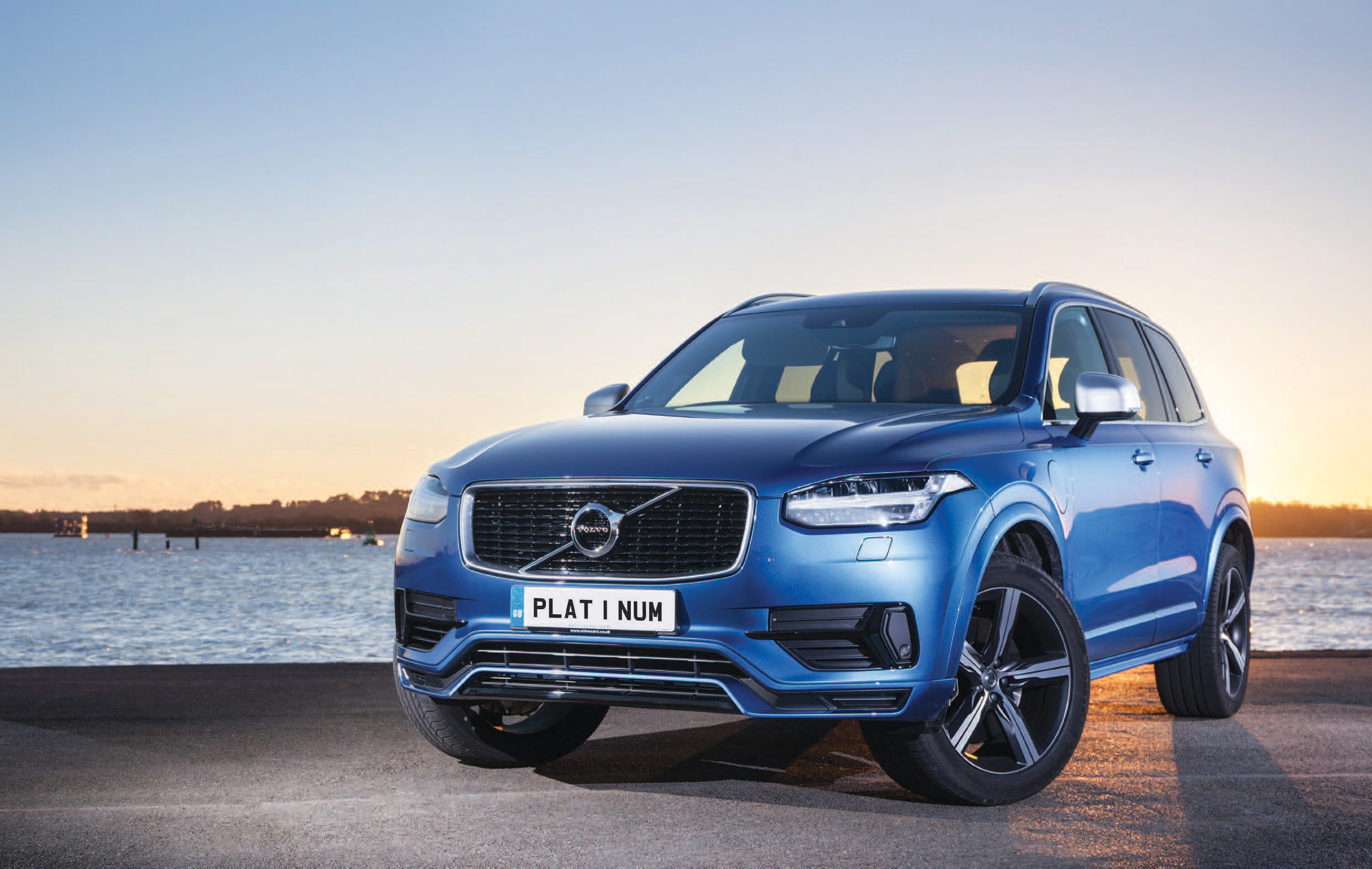 I have always been a secret Volvo fan since I was dropped home by a friend’s father in his newly delivered (and remapped) Volvo 850 T5 R in 1997 - I think I spent most of the journey grinning whilst pressed into the rear seat under the force of the acceleration. I was therefore excited to find out that another high powered Volvo was winging its way to me for my weekend in the Lake District - one that was pushing out more than 400bhp in the shape of an XC90 T8 Twin Engine.

The first XC90 was launched in 2002 at the Detroit Motor Show and was the first SUV offered by Volvo. It went on to sell over 636,000 during the lifetime of the vehicle and was at one stage Sweden’s most valuable export product - the second generation which began production in 2015 has some big shoes to fill.

Upon first sight the most obvious thing about the new XC90 is the size, it is so big that the 21 inch wheels fitted to the R-Design model delivered to my house didn’t look at all out of place. I really like the direction that Volvo are taking the styling of their vehicles and the XC90 follows suit. The bodywork is striking, clean and modern and the only element I was first unsure about was the Bursting Blue paintwork of the demonstrator. Initially it seemed a bit lairy, however it soon grew on me and actually nicely breaks up the sea of the silver, grey and black cars seen on the road.

The sharp Swedish styling is carried on inside the car, all seven seats were beautifully trimmed in perforated nappa leather (a £1,050 option), with a crystal glass gear knob and a diamond cut start button. The focus of the dashboard is a 9-inch tablet like touch screen display, developed with Alpine, and it is like having an iPad inserted into the middle of the dashboard. It really is an excellent system and is at the cutting edge of in-car technology offered by manufacturers.

The seats in R-Design trim are comfortable and supportive with seemingly endless electrical adjustments and the panoramic sunroof provides a light and airy feel even with dark leather optioned. With the rearmost two seats folded down, the boot is cavernous with enough space for five people to travel for weeks, but with them up I would have thought they would be useful for children rather than adults, definitely more school run than pub run.

The XC90 comes with three engine options which can then be ordered with one of three trim guises. The model on test was fitted with the T8 Twin Engine with the R-Design option; as the name suggests, there are two engines present - a 2.0 litre petrol engine that is both turbocharged and supercharged producing 320hp and a secondary electric engine adding another 87hp, helping it to break the 400hp barrier. This takes the car from rest to 62mph in 5.6 seconds, quite a feat for a car with a total weight in excess of 3,000 kg.

Another startling figure is the quoted efficiency of 134.5 mpg for the hybrid twin engine setup. The only time I managed to get anywhere near this was whilst dismally driving in the 50 mph average speed section of the M42 in hybrid mode. In my time with the XC90 I filled it up three times and averaged 29 mpg, so just 100mpg off the official figure.

Despite this, the figures can still stack up for the hybrid model; with low emissions of 49 g/km, it meets the criteria to receive 100% First Year Allowance (FYA) if purchased by a business, it is London Congestion Charge exempt and it has a BIK of 9% v. 31% for the diesel, meaning that for some company car drivers it can still look appealing even if it can’t match the official fuel figures.

With a fully charged battery and Power mode engaged, the XC90 can bring out one’s inner hooligan as it deploys the 407 bhp through all four wheels. It is a monster for single A-road overtaking, quickly dispatching single engined dawdlers. Power mode increases throttle response, lowers suspension and tightens steering. The difference in steering is noticeable, but I couldn’t help but feel the tighter steering felt similar to front wheel drive torque steer at times. With the optioned Active Four-C Chassis (£2,150) the handling belies a car of this size, it truly is staggering how well it drives and I have driven five-door saloons with more body roll than this three ton behemoth.

The XC90 as tested was £72,460 which puts it into esteemed seven seater SUV company alongside the Discovery 5 HSE Luxury, Mercedes-Benz GLS 350 and the Audi SQ7. If these weren’t competition enough, the full size Range Rover Vogue is also in the same price category, a car which a friend who buys a new one yearly describes as the perfect all round car; “I can take it to work on a building site during the week, to the rugby at Twickenham on Saturday afternoon then to The Dorchester for Sunday lunch”. After a week with the new XC90 it seems that the Vogue has now met its match.