READ NEXT
Creativity by Design 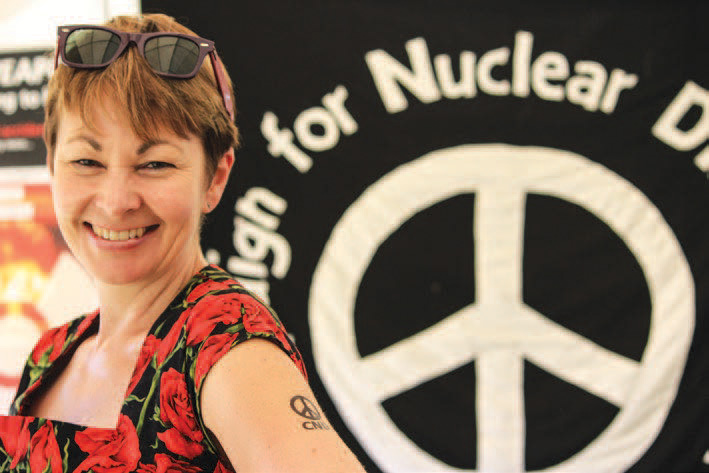 In 2018, it will be 100 years since women won the right to vote, and the theme of this issue of Platinum Business Magazine is the question of how far have we come in ridding business of inequality and discrimination. Caroline Lucas MP has never been afraid to stand up for equality in the workplace and in society in general. So it is fitting that Caroline Lucas has written an exclusive opinion piece on the subject for Platinum this month.

The last few weeks in politics have been extremely troubling. Day after day we’ve seen allegations of harassment and abuse from senior politicians and their staff - and there’s been a depressing backlash in some quarters by people who make it their mission to cast doubt on the, predominantly, women coming forward. Parliament should be a leader when it comes to equality in the workplace - but instead the toxic culture in my workplace has been exposed as deeply damaging and even dangerous for people working there.

As a member of Parliament’s working group on harassment I am pressing for swift changes to HR policy to support people who have experienced unacceptable behaviour or abuse, but I’m also looking to address wider changes such as the culture in the Chamber of Commons. Additionally I’m pushing for MPs (all of whom are employers in the present setup) to be given training on equalities and consent.

We need to increase the number of women MPs too. Though it was good to see more in this Parliament than the last, it’s shocking that just 32% of MPs are women - and it’s clear that at this rate we’ll be waiting more than a lifetime for a 50:50 Parliament.

Of course, inequality in the workplace isn’t just something faced by staff in Parliament, and it doesn’t just take the form of harassment either. In recent weeks a number of specific campaigns on inequality have been gaining ground, and highlighting serious issues around workplace inequality.

Maternity and pregnancy discrimination forces 54,000 women out of work every year - and three in four mothers endure negative or discriminatory treatment at work. Current rules, however, mean that it’s very difficult for new mothers to seek legal redress for this discrimination - because they have to make any claim within three months (which is by its nature an extremely busy time). It’s no wonder that fewer than 1% of women who face this kind of discrimination bring an employment tribunal claim.

This discrimination can affect all pregnant women and new mothers in work - from teachers, to social workers and employees at big firms - and it must be stopped. Thankfully there’s an enormous appetite for changing this legislation – and I’m confident that the work of campaigners will lead to a breakthrough soon.

For self-employed women - and those who own their own microbusinesses - there are huge challenges too. Just this month it was revealed that self-employed mothers are being forced back to work the day after giving birth, because self-employed women do not get statutory maternity pay during the first six weeks. Instead, they have to live on £140.98 per week maternity allowance. With the number of self-employed people rising fast, we should be looking to update protections and benefits to ensure that all new mothers are given the support that’s needed.

It’s not just extra protection for mothers that we need - we must also be looking to giving all children the best start in life. That’s why the Green Party want free childcare for all children - a move which would hugely benefit working mothers too. I’ve also been pioneering Personal Social and Health Education (PSHE) to give girls and boys a better understanding of gender and sexuality, prepare them for the world of work and to give children the skills and confidence they need. The Government has agreed to go ahead with compulsory PSHE and I’ll be monitoring progress carefully, with a focus on ensuring that lessons particularly aim to tackle gender stereotyping and help girls reach their potential.

While large strides have been made in the past decade towards increasing female participation in the workplace, boardrooms still remain highly male-dominated - which is why my Party supports quotas for women at the top of big companies. When Norway called on firms to have 40% representation of women on their boards, contrary to expectations of there being a shortage of suitable candidates, there was a wealth of high-quality female applicants.

That’s the kind of action I would like to see here - and I believe that action on representation in the boardroom could also spur on more women to be business owner and politicians too.

Businesses, our economy and our society are served well by equality because it means people being able to fulfil their potential without injustice and prejudice holding them back.

In Sussex there are some businesses really pioneering best practices in this area - but more workplaces need to follow suit.

We’ve come a long way when it comes to equality - but with so far to go it’s down to MPs and business leaders in particular to push ahead at full steam in ending the widespread injustice that’s still pervasive.