Corporate Insolvencies - at their highest level since 2014

READ NEXT
Absences Add Up 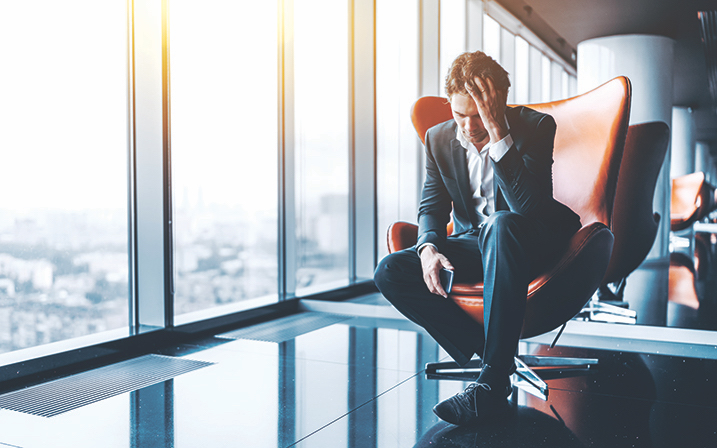 On January 29th the government’s Insolvency Service published its Q4 results for 2018. The statistic making all the headlines saw corporate insolvencies at the highest level since 2014. Richard Ludlow, Partner at Rix & Kay who leads the firm’s Restructuring and Insolvency Team, considers some of the reasons behind the new figures and what early warning signs businesses should look out for.

What do the figures say?

The bottom line is that the number of businesses in the UK entering insolvency is on the rise, with the number of companies getting into financial difficulty steadily increasing for the fourth consecutive year. In 2015, around 15,000 UK businesses entered insolvency and that has now peaked with the Insolvency Service registering 17,439 companies in 2018.

Whilst the figures paint a picture of more woe for UK commerce, they are still significantly below the 24,000 recorded insolvencies registered in 2009, at the height of the recession. However, today’s figures still account for one business in every 249 active companies in the UK going into liquidation.

Richard Ludlow observes: “You don’t need to be a leading economist to know that more companies failing cannot be a good thing and everyone is acutely aware of the uncertain times facing UK businesses right now, which can’t be helping either in promoting confidence. However, when you consider that current interest rates make borrowing money more attractive and the current boom in UK employment figures, you might expect businesses to fair a little better, despite all the political and economic uncertainty.

“It is important though to look at a couple of other factors. First of all, there have been a number of bulk insolvencies that have seen large numbers of inter-connected companies getting into difficulties. But perhaps more interesting is that business owners appear to be becoming more reluctant, or are perhaps leaving it too late, to try and save their business.

This is evidenced by the significant decline in the number of companies entering a Company Voluntary Arrangement (CVA) or going into administration – the two main rescue options available to business owners who want to try and turn their business around.”

Are companies simply feeling the squeeze?

It doesn’t appear to be a simple case of stormy economic waters. Whilst things aren’t exactly plain sailing, and no one it seems can predict the next instalment of the Brexit debacle, the current business challenges are nothing like what they were during the height of the recession.

The problem of uncertainty caused by Brexit is, however, having a significant knock-on effect for business owners up and down the country.

Richard comments: “One of the biggest threats to a business’ financial health is what is happening higher up the supply chain. So many great UK businesses are, in a way, over dependent on supplier and customer contracts with large multinationals. So when one of the big boys gets into trouble you will often see shockwaves effecting swathes of smaller businesses that are reliant on a few key trading relationships.

“We’ve seen this happen a number of times in 2018 and there have been plenty of high profile stories in the news. The collapse of Carillion will still be keeping many people awake at night because the stark reality of such an industry giant failing is probably still causing ripple effects today. In fact, the construction sector was the most prolific for insolvency in 2018 with almost 3,000 firm’s facing closure.”

Survival of the fittest?

For most UK businesses, long term financial success is delivered through robust planning, strong leadership and of course a clear understanding of the markets they operate in. There will always be challenges that are hard to predict and for some, just plain and simple bad luck that result in financial difficulties, but there are early warning signs that can help avoid the worst case scenario.

Richard continues: “It’s absolutely critical that companies understand their supply chain and if cash flow issues become apparent within that chain then action is taken.

“If the worse does happen, then the key advice is to seek professional support as soon as possible, not only to try and save the company from potential insolvency but also to ensure that business owners comply with their duties as a director to the company and its creditors. It’s amazing how many people in this situation leave it too late when quite often, early action means the company can be saved and new opportunities can be born.”

Richard has a huge amount of experience in dealing with directors and companies that are struggling financially through no fault of the decisions which they have made but simply because of unfavourable market conditions. For more information email richardludlow@rixandkay.co.uk

Regular readers will recall my review three years ago of the Fiat 500 and the award-winning image we took of it at the Pavilion in...

There is a certain nervousness around the next generation of cars. Will it be electric, will diesel cars be banned, should you buy...

57 Take on the paddle-board challenge

The challenge is on! Can you beat the highly-skilled, finely-tuned team from Platinum? We are looking for teams of four to compete...