If you wanted proof that the Americans have finally lost the plot, here it is. Voting in Trump was obviously not enough for them

READ NEXT
Why it’s best to invest in seating 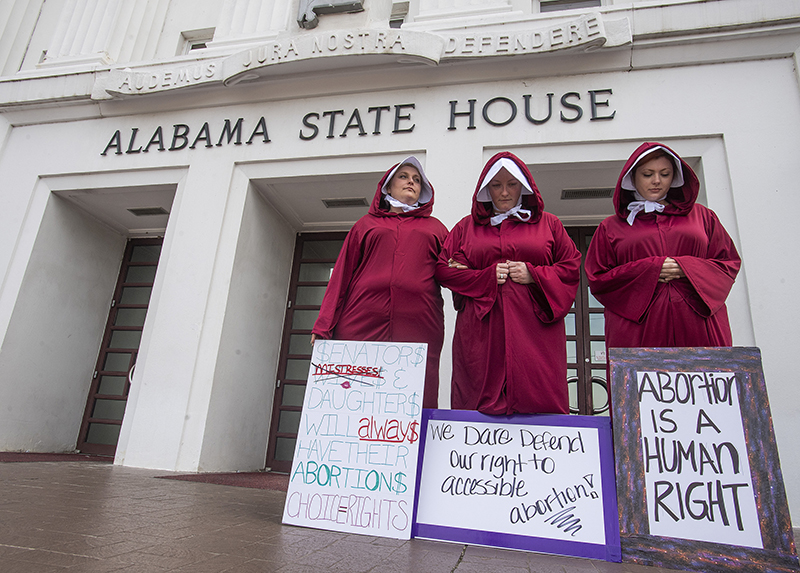 You might have witnessed one of the most shocking and gob smacking laws ever passed in our modern times on May 15th 2019. The US state of Alabama voted to ban all abortions, regardless of whether the women was raped or a victim of incest. If you wanted proof that the Americans have finally lost the plot, here it is. Voting in Trump was obviously not enough for them.

Whilst the Alabama Senate voted on this archaic bill, a few members attempted to insert a clause exempting victims of rape and incest, and it was voted down. Honestly. I know, l had to read it twice and then check the date to ensure it was not April Fools Day! But that was not enough for these backward lunatics. They then stated that any doctor who performs any stage abortion could face up to 99 years in prison.

As many of you know, l am not often lost for words but l am totally speechless. This means that should an unfortunate woman be a victim of rape, the doctor who performed the abortion would serve a much longer sentence than the bastard rapist.

Cannot get any worse l hear you say. Oh really? Of the 35-seat Alabama Senate,
27 of them are white, male politicians. Who the hell do they think they are telling women what to do with their bodies? Of course, they all stand on a pseudo religious, self-righteous platform, that they are convinced affords them the right to rule over others for the greater good, over poor fools who know not what they do. That’s how world wars are started and how serial killers get started.

Self-righteous, indignant idiots who feel it is their right, and indeed their duty, to stop other humans from trespassing on the rules of god. Their god mind you, who obviously speaks directly to them and instructs them to act. What total self-indulgent bloody tosh.

There has long been a drive by various US states to overturn the court case that allowed abortion in the US. Roe vs Wade was the case that recognised a woman’s constitutional right to end a pregnancy. It is thought that a lower court will block this bill but they anticipated that. The bans architects, reflecting the rising confidence of abortion critics after the Trump appointment of Brett M. Kavanaugh to the Supreme Court, hope that the justices will use the case to reconsider the Roe vs Wade case and allow the Alabama ruling to take effect and allow every other state to follow suit.

The moron who drafted this bill, Eric Johnston, who founded the Alabama Pro-Life Coalition and serves as its President, has spent more than 30 years trying to ban abortions. Of all the things to spend 30 years on - not gun control, drug use, immigration, the economy, unemployment, obesity along with the plethora of other major issues deeply affecting the country. 30 years devoted to trying to tell women what to do with their bodies for his own personal misguided beliefs. He stated: “When god creates the miracle of life inside a woman’s womb, it is not our place as human beings to extinguish that life”. Give me strength.

Self-righteous, indignant idiots who feel it is their right to stop humans trespassing on the rules of God

Of course, all this will do is drive women to other states, or countries, to have their abortion. Or, worse still, drive it underground therefore endangering the life of the women and the foetus.

Staci Fox, the President and CEO of Planned Parenthood stated: “Banning abortions is bad enough. Imprisoning doctors for providing care goes beyond the brink. Alabama politicians will forever live in infamy for this vote and we will make sure that every women knows who to hold accountable”.

Further, if the foetus is less that the accepted 24-week age for viability outside the women, the right of this foetus trumps the rights of the women. Where is the sanity in telling you that your tumour has more rights than you do?

And it gets worse. The states of Georgia, Kentucky and Mississippi are all looking to change their abortion laws in this same vein.

The election of Donald Trump seriously affected the worlds opinion of the Americans and this outrageous law further advances the view that the entire country has lost the plot. Historically, they complain and attempt to unseat rulers of nations around the world that they feel follow barbaric laws that restrict the democratic freedom of their citizens and then they go and do things like this.

God save America? I think not – God save us from America might be more apt.