A safe pair of hands at the Bank of England?

There are now more Andrews on The Bank of England’s Monetary Policy Committee (MPC) than the total number of women (one!) 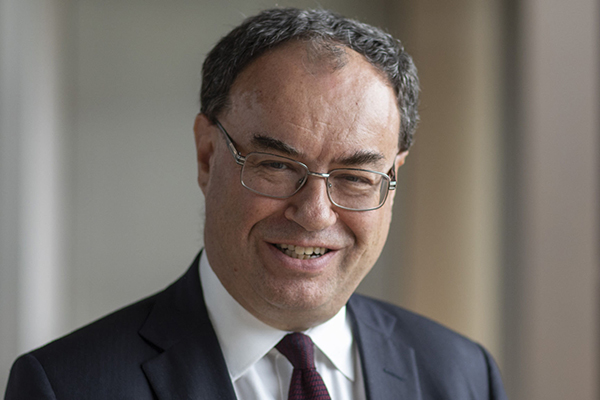 The appointment of Andrew Bailey as the incoming Governor of the Bank Of England has been met with almost complete indifference by the popular media. There are few positions which are more important for the future prosperity of the UK, but no-one seems remotely interested. Bailey may well be fascinating company and enormous fun, but the subdued reaction suggests that no-one is particularly excited by a Bailey-run Bank of England.

Maybe this is how it should be. Bankers are supposed to be boring. Being entertaining should not necessarily be on the CV of the person who is charged with looking after our finances. Perhaps the ideal Governor is an anonymous chap who you could walk by in the street without recognising him.

His predecessor, Mark Carney, was anything but anonymous. When he was revealed as Governor in 2012, he was dubbed the “rock-star” central banker. Carney seemed to revel in the spotlight, especially when contradicting
government predictions of a rosy post-Brexit economy.

Bailey is more likely to keep to the script, but is his appointment an acknowledgment that Brexit is far riskier that Johnson and co. publicly admit? If Brexit throws the economy into turmoil, a steady hand on the tiller would be essential.

There were more colourful options. The Guardian’s Larry Elliott reported: “The former central bank governor of India, Rajan Raghuram was approached. There was talk of Janet Yellen, the former US Federal Reserve chair, getting the gig. There was even speculation, never with any foundation, that the government might look to Mario Draghi, the former president of the European Central Bank. Other names considered were Minouche Shafik, the director of the London School of Economics, and Santander UK’s Shriti Vadera – either of whom would have become the Bank’s first female governor.”

Boris Johnson apparently favoured Gerard Lyons, a Brexit supporter who had worked for Johnson when he was mayor of London but he was viewed as a riskier choice by the Treasury. Elliott drew the conclusion that, “The fact that the prime minister could see the merits of a safe pair of hands suggests that the government might not be quite as upbeat about the immediate prospects for the economy as it made out while campaigning for re-election.”

However, hiring a respected banker doesn’t necessarily reveal the government is bracing itself for a seismic shock. Many commentators believe exactly the opposite, welcoming the end of Mark Carney’s reign.

Matthew Lynn, writing in The Spectator is particularly bullish, writing: “One thing we can be sure of about the Johnson administration is that it likes to spend money. We will learn how much exactly when the Chancellor unveils his budget. But it is going to be a lot. A mixture of higher spending, some tax cuts, and increases to the minimum wage will deliver a massive stimulus.

“…The Bank of England will soon have a new Governor who will spend less time on keeping the Davos set happy with platitudes on climate change and more on delivering growth… The new Governor wouldn’t have been appointed if he didn’t want the UK to grow faster.”

How safe is Andrew Bailey?
Bailey joined the Bank in 1985 and stayed there until 2016 when he moved to head the Financial Conduct Authority (FCA), Britain’s consumer-finance regulator. In his 31 years at the Bank he worked in many roles including deputy governor and chief executive of the Prudential Regulation Authority, a financial-stability arm of the Bank.”

He has received plaudits and brickbats. The Chancellor Sajid Javid lavished praise upon Bailey reminding us that, “During the financial crisis, he led the teams who were on the front line of the Bank’s response… He emerged from the most serious crash in living memory with his reputation enhanced.”

Conversely the critics point to several instances where the FCA, under Bailey’s leadership, acted far too slowly to address significant financial scandals. Last year, investors were rocked by the closure of the the Woodford Equity Income Fund, even though the FCA had known in November 2017 that Woodford’s fund had broken its rules on liquidity. The former Pensions Minister Ros Altmann accused Bailey’s FCA of being “asleep at the wheel”.

The highest profile criticisms came in the wake of the London Capital and Finance (LCF) scandal. The New Statesman’s Will Dunn wrote, “Bailey’s short tenure at the FCA has not been without incident. [In December], protesters gathered outside the regulator’s head office in east London. The demonstrators were former investors in London Capital and Finance, which offered tempting returns from products that were marketed as fixed-rate ISAs that were actually invested into riskier mini-bonds. The FCA was told about LCF’s mis-selling in November 2015, but failed to act for more than three years. When the company collapsed into administration in April, more than 11,000 people lost savings totalling over £236m.”

Ironically for a man who was charged with policing financial conduct, he was never in favour of regulation going too far. Asked in 2011 as to whether banks should face extra regulation in light of the banking crisis he said: “If you take intensive and intrusive [supervision] literally, there is no end to it. Take one of the big banks: there are probably a dozen prudential supervisors working on a big bank, but you could have 120, you could have 200… There is no end to it, unless you are focused and able to apply judgment around that focus.” (Source: Ross Clark, The Spectator)

Aside from question marks about cases such as the LCF scandal, few question his ability to take on the role of the Governor. The Economist concludes, “Mr Bailey is the holder of a Cambridge doctorate in economic history and has years of experience in dealing with monetary-policy issues. Few doubt his competence in this area. But he adds to that a knowledge of financial regulation and, according to former colleagues, an easy but effective management style. ‘There’s no intellectual vanity,’ says one.

“Bailey is likely to focus on the Bank’s core responsibilities of monetary and financial policy.”

This focus is a reference to Mark Carney’s tendency to speak out on matters beyond the bank’s monetary policy, notably on climate change and his strong views on Brexit.

Inevitably there are divergent views on Carney’s legacy, although it is widely recognised that he has steered the country through turbulent times - notably a weak post-crash economy and referendums on Brexit and Scottish independence.

One former senior Treasury official, Nick Macpherson, said: “The Bank is now a much more confident institution: it is more at ease with independence and therefore more prepared to work with the Treasury to solve the deep problems facing the British economy.”

Perhaps Carney’s legacy was that the economy held together during an extended period of political turmoil. He can walk away with the proud boast that the UK never suffered a recession under his watch. The economy has grown in every single quarter, but wages have stagnated and household debts remain worryingly high.

Carney has been now been appointed United Nations Special Envoy for Climate Action and Finance.

The Boys’ Club
Bailey may well be the right man for the job, but is he the right person? In our sister title Dynamic, we have raised the issue that there are more FTSE 100 CEOs called Dave than all women CEOs combined. There are now more Andrews on The Bank of England’s Monetary Policy Committee (MPC) than the total number of women (one!).

Will Dunn, with a heavy serving of sarcasm wrote, “The appointment is at least a win for diversity; Bailey is the first Andrew to be appointed in a role that has since 1694 been held by 18 men called John, 13 men called William, seven Samuels and five Thomases. The next opportunity for a woman to become the first female governor at the Bank will be in 2028.”

The BBC’s Nell Mackenzie highlights the stark gender divide: “The Bank admits it could do better. In its annual report, it said it was set to miss its own diversity targets, despite efforts to recruit and retain more women and BAME staff.

“… Women now hold almost a third of senior management roles, a big improvement from 17% in 2013, but still below the target of 35%. Meanwhile, only 5% of senior Bank staff identify as BAME.”

She concludes, that “the lack of diversity at the top is glaring.”

For some time, the bookies’ favourite for the role was Dame Minouche Shafik, who became vice president at the World Bank when she was just 36, is a former deputy governor of the Bank and is currently a director at the London School of Economics. Shafik, it appears, may have been the victim of a different kind of bias: her opinion of Brexit. Boris Johnson only allowed candidates to stand for the Conservative Party if they signed up to his Brexit policy, and he has now applied the same binary approach to the Bank of England role. For Johnson it was a case of ‘My way or the highway’. Johnson may have a supportive man at the bank, but the price is a reinforcement of the assumption that the Bank of England remains firmly stuck in the past as one of the few remaining exclusive boys clubs.

But the decision has been made and Bailey has been selected as the man for the job. It is likely that Bailey’s profile will be nowhere near as public as his predecessor. He won’t mind that. For the Governor of the Bank of England, a lack of headlines usually equates to a job well done.

• Bailey is frugal in personal life, living in a three-bed suburban semi and driving a 2004 Volvo.

• He supports West Bromwich Albion and is a big Bruce Springsteen fan.

• While in London tackling the 2008 banking crisis, his wife Cheryl was in their holiday home in the Idaho mountains, fighting off an invading grizzly bear.

• His long service at the Bank of England, lead to him being dubbed ‘Bailey of the Bank’

• You may recognise his signature. From 2004-2011 in his role as Chief Cashier, his signature appeared on hundreds of millions of UK bank notes.