READ NEXT
Sharing the benefits of airport growth 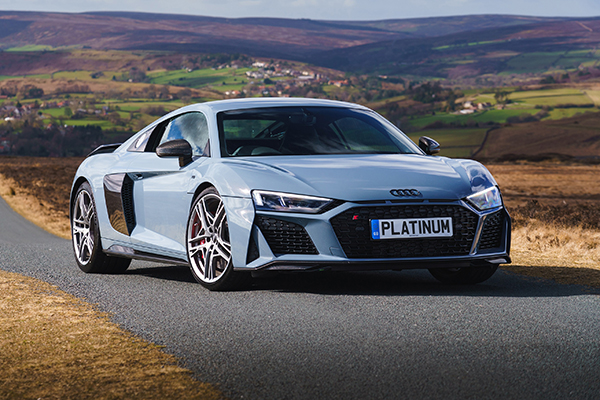 The R8 has been with us since 2016 and worldwide, sold 3,688 in 2016. Designed as the everyday super car, there is little doubt that the R8 is the only true everyday supercar.

As easy to drive as a Ford Focus, l used it every day and it really is a pussycat unless you press some buttons and dial it up, then it is a fire-breathing monster that will take your breath away. I have reviewed the R8 more than six times and in 2017 l took it to the Nurburgring, via the unrestricted autobahns of Germany, and it excelled. Track driving is a tad more challenging in a car with all-wheel drive as it tends to fight you in the corners and will not drift but nevertheless, it is superb.

The 2019 model has had a bit of plastic surgery to hold back the years with a few more horses rammed in, bringing the standard car from 533bhp to 562bhp and the Performance model from 604bhp to 614bhp. Best of all is the mid-mounted 5.2 litre V10 that could be the very last of the wonderful naturally aspirated cars around. No turbos or superchargers stealing that wonderful roar emanating from the larger exhaust pipes. Apparently there is a V6 hybrid coming and at that time, l might just jump off Beachy Head.

This new model has a new nose, larger exhaust pipes, a carbon anti-roll bar that saves 40% of the weight, new bumpers, stiffer suspension and a few new vents. A non-car nut would struggle to see any of the differences but then this car is not aimed at them – it is aimed at me; an out-and-out petrolhead who regards going from A to B as part of the adventure and not just a journey.

For a supercar that will hit 201 mph and reach 60mph in 3.4 seconds, it is ridiculously easy to drive and makes even the biggest twerp look like Stirling Moss. You can push it far beyond common sense, stop it faster than physics should allow, corner to the point of terror and all with supreme confidence and smile that takes an age to fade.

The interior is little changed as ‘if it ain’t broke, don’t fix it. The seats cuddle you, all the switch gear is well laid out and at hand and we have the fab Audi interactive dash that trumps all others. The seats are great but avoid the optional sports seats as they are too upright and too skinny for comfort in, what is, a full GT cruiser that will take you to Monaco and back without breaking a sweat, and you will feel tickety boo too.

So where is the competition? It sits well with the McLaren 570s, Mercedes AMG GT and Porsche 911 GT3 but honestly, trumps them all. The McLaren, reviewed last year, is a very close contender and is lighter by 200kg but it’s the easy drive that pops the R8 over the line. The McLaren also pipped it with its superb turn into corners but the new R8 has fixed that little problem and it goes exactly where you point it. Where the R8 cannot be better is that monstrous baleful howl from the pipes - it really is quite addictive.

It ain’t cheap but then why would it be. The standard R8 will set you back £128,000, the Performance £142,000 and the Spyder £151,000 and running costs might hurt with 21mpg but really, who cares. If you can afford the car and love it as you will, you have to pay. And as the last of the naturally aspirated engines, keep the miles down and in time, it will make you money.