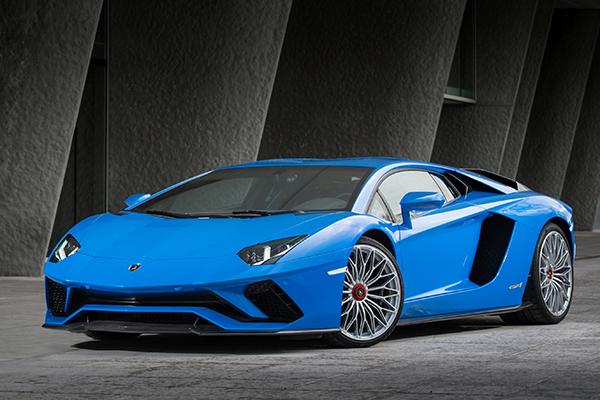 It is difficult to see where the relationship exists between the original Lamborghini tractor factory and today’s supercars, but it all comes down to the fierce rivalry between Ferruccio Lamborghini and Enzo Ferrari. With his love of racing fast cars firmly established, Ferruccio purchased a Ferrari and realised that it was not perfect and had the temerity to tell Enzo, who told him that he did not need advice from a tractor maker – and there the rivalry began.

Ferruccio was determined to produce a car that solved the problems he encountered (and hammer Ferrari) and here we are today, with two of the most important supercar manufacturers. Although no longer in original hands with Lamborghini being owned by Audi, and Ferrari by Fiat, they both survive as top of the range sexy supercars. 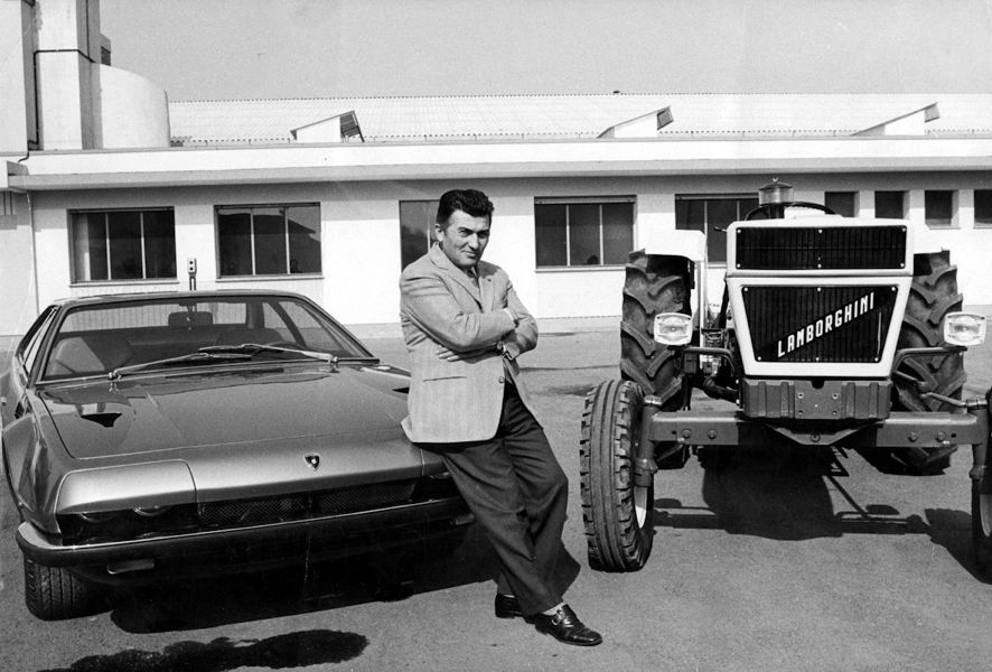 The Aventador harks back to the old supercar days of the Countach poster most boys had on their walls.

Totally beautiful but as they say – ‘never meet your heroes’ and that was the case for the Countach 40 years ago as it was total pig to drive. So will this hero disappoint?

There is little doubt that it is stunning to look at – dramatic styling that swivels heads wherever it goes with its massive air intakes in front of the rear wheels and the last of the great V12 engines. This is an entirely new car with carbon fibre monocoque, 6.5-litre V12, robotised seven-speed box and electronically controlled differential. The scissor doors also make a statement and tend to produce blood from the back of your head if you are not very careful getting out of it but they do look dramatic of course. And that is what this is all about – drama, theatre and a statement – look at me l have made it and can afford an iconic masterpiece such as this.

The interior is a sight to behold with drama everywhere, from the fighter jet starter button to the white and blue leather inserts in the seats. A tad of disappointment with the Audi A4 SatNav and Audi key but looking past that it is a superb place to be. Poor vis out of the back of course, but then what do you expect and you soon learn to trust the reversing camera. The same applies to the ride on our wonderful British roads as your fillings will get a great workout and any loose ones will be found in the footwell but do not make the mistake of trying to pick them up whilst driving as this monster needs your undivided attention.

The colossal engine bolted inches from the back of your head has a sound like angels gargling nails but it is all sound and little of anything else as this is a total pig to drive. Fast? Yes of course it is and will swivel your eyeballs but driving today is 5% fast and 95% traffic, parking and cruising at speeds under 40mph. It will take you gloriously to 60mph in 2.9 seconds and 100mph in under 6.5 in a shrieking crescendo, so it has that covered but as for the remaining 95% of your driving time, it is exhausting.

The gearbox comes nowhere close to being acceptable as it cannot creep, therefore crawling along in traffic is no fun and the automatic function is jerky and slow and will not allow it to smoothly creep along. It constantly wants you to boot it and, although l am always up for that, the 500 cars in front of me on the M25 would not agree. Of the modes available, Strada (road) is far too ponderous and in Corsa (track), the gear changes are totally savage – enough to actually hurt. Therefore, Sport it is but in manual only and with no on-the-floor gearstick, it is paddle shift only.

As far as the chassis goes, it was obviously never tested on British roads as the ride is dreadful. The faster you go, the better it gets but how many times can you go fast on modern European roads? The steering is superb and magically direct and the traction astounding but it cannot detract from the gearbox and the ride.

There are unquestionably some superb elements to this car – the speed, the steering, the brakes and the pure drama of the whole thing but that is vastly outweighed by the problems – the gearbox and the ride – simply dreadful. Don’t get me wrong, Lambo are making some great cars such as the Huracan and the Urus – both fantastic motors but the Aventador l am afraid misses the 21st century mark of cars you can actually drive and enjoy with a modicum of surety that you will make it home in one piece, not shaking with exhaustion and with most of your fillings.

The latest business appointments and promotions across the business world; see who’s doing what and where, including those ones...