Through schools - a force to be reckoned with

READ NEXT
The future of medicine 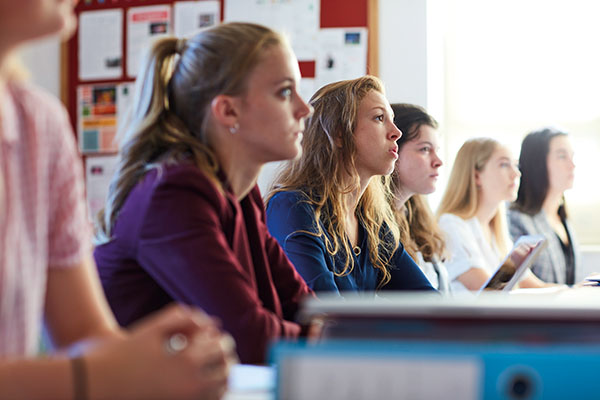 I began my teaching career 16 years ago in a ‘through school’, that is a senior school with its own prep school, all on the same site.

A reasonably standard model, and certainly nothing revolutionary. However, as far as I could see, up and down the country, the benefits of a through school model were rarely realised. There was an occasional assembly delivered in the prep school by a senior school teacher, and very occasionally a senior school teacher might even teach in the prep school for a few minutes, or perhaps even for an hour, once a year.

There seemed to be little genuine connection between the two schools and I would almost go as far as to say a ‘them and us culture’ existed between the two different tribes (staff). Often, the 50m or 100m distance between the two buildings was deemed simply too far to allow for a genuine day-to-day connection to be established.

Having played a significant role in the formation of a true through school at Hurst College, where I am currently Deputy Head, it is clear that the benefits of a truly linked senior and prep school are enormous. One thing that hasn’t changed is that prep pupils will be the senior pupils of the future. Therefore, it is in everyone’s interests, particularly the pupils, to link the two schools together seamlessly.

The model we have created involves a top down approach, with a downwards cascading of every possible aspect of education to form a 14-year upwards journey from Reception to Year 13. This includes the fundamentals of specification content, to exam style and format, to core skills such as numeracy and literacy, as well as IT and practical skills, all structured into a continuous academic journey.

This has developed genuine confidence in the pupils’ ability to succeed, as their learning is built on firm foundations which become stronger and more developed as they progress upwards through each academic year. The familiarity with exams and testing styles through an annual model removes the fear for pupils, if not parents, enabling them to excel when they find themselves sitting in the exam hall for the ones that really count.

One of the greatest assets of a school is its staff; their knowledge and their ability to convey this knowledge are fundamental. A true through school staffing structure sees experienced GCSE and A-level tutors teaching in the prep school, as this is an enormously effective tool in ensuring early expectations are pitched at an appropriately ambitious level. Connections between staff and pupils are developed which remain in place as pupils progress between year groups. Ultimately, a consistent culture through all sections of the school is established, assisted by consistent routines, terminology, attitudes and expectations.

Extending well beyond the obvious academic benefits, a true through school will draw similar benefits through its pastoral systems as well as co-curricular and sporting programmes, providing access to expert staff, coaches and facilities for younger pupils.

With the them and us culture well and truly in the past, any well-structured through school will be a true force to be reckoned with in modern education.