In extremis: A radical scheme for challenging times

READ NEXT
Keep calm and carry on 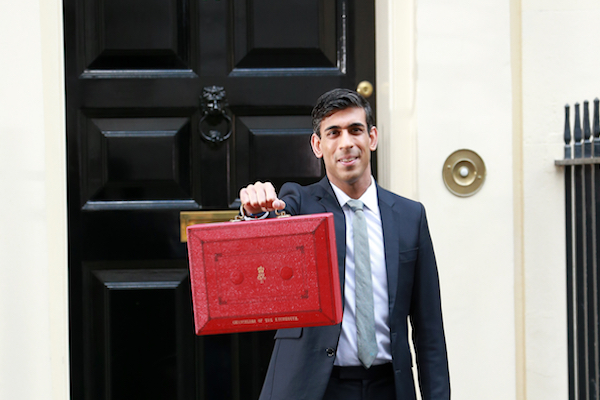 The headlines of the Scheme are summarised below:

The application of the Scheme raises many issues; some of the key questions are anticipated below:

What is the 80% figure to be based on?
The reference to ‘wage costs’ would appear to cover more than base pay, but it is not clear whether it will include the cost of benefits and employer NI contributions, both of which are part of the cost of employment.

Will the employer need to make up the difference on top of the 80% to be eligible for the grant?
No. It is the employer’s option whether to do this, confirmed in the employee’s guide to the Retention Scheme. How- ever, placing the worker on furlough will give rise to a reduction in pay (and of course in some cases £2,500 will be less than 80% of their normal pay), and it will need to be agreed with the individual; there may be some element of negotiation.

How should an employer decide which employees to place on furlough?
There is no guidance beyond the fact that this must be done in accordance with existing employment law. That would suggest that apart from those on the statutory scheme with express lay-off provisions, the employer will either have to agree the furlough status with individual employees, or will have to impose such designation.

What if the employer only wants to designate certain individuals as furlough workers?
This needs care. Selecting individuals for furlough is likely to give rise to potential appeals and claims just as if selecting them for redundancy, particularly if the financial impact will be substantial. In those cases, it is likely that the employer will only arrive at the designation after completing a redundancy-type exercise.

What happens if an employee objects to being designated as a furlough worker?
Employers will want to consider whether to provide any appeal mechanism, but once satisfied that the correct decision was taken, where the employee objects the employer is likely to terminate the employment by reason of redundancy. In this case it would seem that the notice and any statutory redundancy payment costs will not be recoverable under the Scheme.

Can an employer seek volunteers for furlough status?
Yes, it appears so, provided the worker would be one who would otherwise be laid off. In a redundancy selection scenario (when some individuals in a team would be retained and others terminated), it will hopefully not be necessary to prove that the specific individual would have been selected for lay off (or more likely dismissal on the grounds of redundancy). However, it probably will be necessary to show that at least a number of those in the team (equivalent to the number designated as furlough workers) would have been laid off due to the fact that the employer cannot afford to pay them.

What is the affordability test?
We don’t yet know what evidence the employer will have to put forward. It is pretty certain that the directors of a company, or other responsible officer, such as trustee in the case of a charity, will have to certify the accuracy of the facts submitted. There will no doubt be new criminal offences created to cover where a fraudulent claim is made to the Scheme.

What if an employee’s employment was terminated earlier in March before the Chancellor’s announcement?
The Scheme would seem to apply to them given the explicit reference to backdating. However, there does not appear to be any compulsion on the employer to ‘call back’ those already dismissed. It is also unclear whether there will be a distinction between those who were given notice prior to March 1st 2020, and those whose notice only started on or after that date. On a literal reading, an employee terminated in February and paid in lieu of notice (PILON) would appear not to be covered, but query the position if they were still on the payroll as at March 1st 2020 and only received their PILON payment after that date.

How does this arrangement affect the statutory rules relating to lay off and short time working?
It is a universal scheme, so it would not appear to exclude that minority of employees who are subject to the formal Lay Off and Short Time work- ing rules. It is slightly unhelpful that the term ‘laid off’ is being used in relation to those who will be covered by the Scheme, when there is a separate statutory arrangement where an employee who is laid off or on short time working can require the employer to either pay them redundancy or bring them back to work. It is perhaps for this reason that the Scheme refers to ‘furloughed workers’.

Can an employer seek payment in respect of part of an employee’s wages, say for two days a week out of five, and then pay them as normal for the other days?
Probably not. The initial information simply states that the payment will be of 80% of wage costs up to £2,500 per month. It does not refer to up to 80%. Together with the guidance page to employees stating that they should not work for their employer while on furlough, it would seem that this is to be an ‘all or nothing’ arrangement.

Can a ‘furloughed worker’ work elsewhere?
It is not clear whether the worker will need to make any form of declaration as part of the process of claim. Clearly, it would be contrary to the spirit of the Scheme for a worker to use the time when they would normally work for an employer to be paid under the Scheme, and be able to work elsewhere during those same hours and be paid for that in addition. From the worker’s point of view, they may argue it is legitimate to do so in order to maintain their income levels.

The guide above is based on the initial information available. In the circumstances it cannot be a definitive statement of the legal position.

Rustom Tata is the Head of Employment Law at DMH Stallard. You can contact him at Rustom.Tata@dmhstallard.com or by calling 03333 231 580