READ NEXT
All Aboard the Ele Express 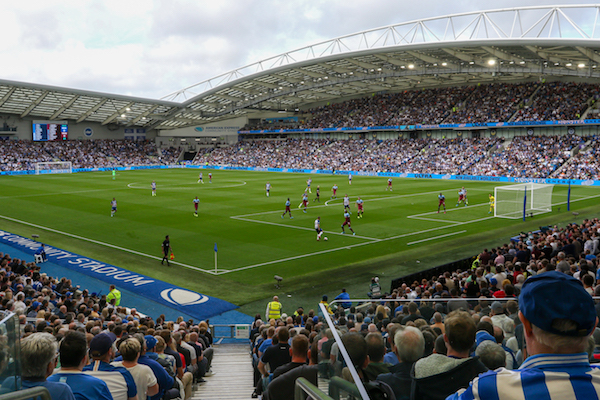 Brighton & Hove Albion have ring-fenced a minimum of one thousand tickets covering future matches to be donated to front line NHS heroes fighting the coronavirus.

The club board unanimously approved the decision and have now invited other Premier League, EFL, Scottish and Northern Irish senior clubs to consider following suit with an appropriate number, either for one specific match or spread across a number of fixtures when football resumes and NHS staff are able to attend games.

Chief executive and deputy chairman, Paul Barber suggested a club-to-club baton approach and has already nominated fellow south-coast Premier League club AFC Bournemouth as the next in line. Cherries’ chairman Jeff Mostyn is keen to rise to the challenge.

Barber explained, “We are working on a range of things across all areas of the community and I hope this will just be the start.

“We fully appreciate football is the last thing on anyone’s minds at this moment, but we feel this is a small way in which we can show our gratitude for those NHS staff on the front line who are fighting the battle on behalf of all of us and give them something to look forward to.

“Of course the biggest support we can all show our NHS heroes is by follow- ing the crucial government advice on social distancing, self-isolating, hand hygiene and using tissues to catch, kill and bin coughs and sneezes.”

Cherries’ chairman Mostyn added, “We are absolutely delighted to match Brighton’s gesture and commit to one thousand tickets, and we will pass the baton to another club.”

Albion and Bournemouth will contribute the tickets to any NHS worker and their families once football returns, with full details to be announced in due course.

Checking In
Barber also revealed how checking in with elderly Albion fans during the coronavirus crisis has been an ‘uplifting’ experience.

The club’s chief executive and deputy chairman is one of more than 70 staff members, including owner Tony Bloom and head coach Graham Potter, who have been phoning fans aged over-70 to check on their wellbeing and to make sure they have food and medical supplies.

He said: “Twenty-odd years ago the community saved this football club so it was really important in this unprecedented period that we found a way to keep in touch.

“The first two people I phoned were in their garden, but they were really appreciative of the call. We had a good chat, a few laughs and joked about what they’d been up to. We checked and made sure they had the food they needed and any pharmacy requirements they needed.

“It’s a small thing we can do but I think it’s the right thing to do and it’s been great. It’s been uplifting for me personally, funnily enough, also the others who’ve been in the calls. It gives you a little sense you’re contributing to something.”

The Vodafone Foundation and scientists at Imperial College London are asking smartphone users across the UK to come together to support...