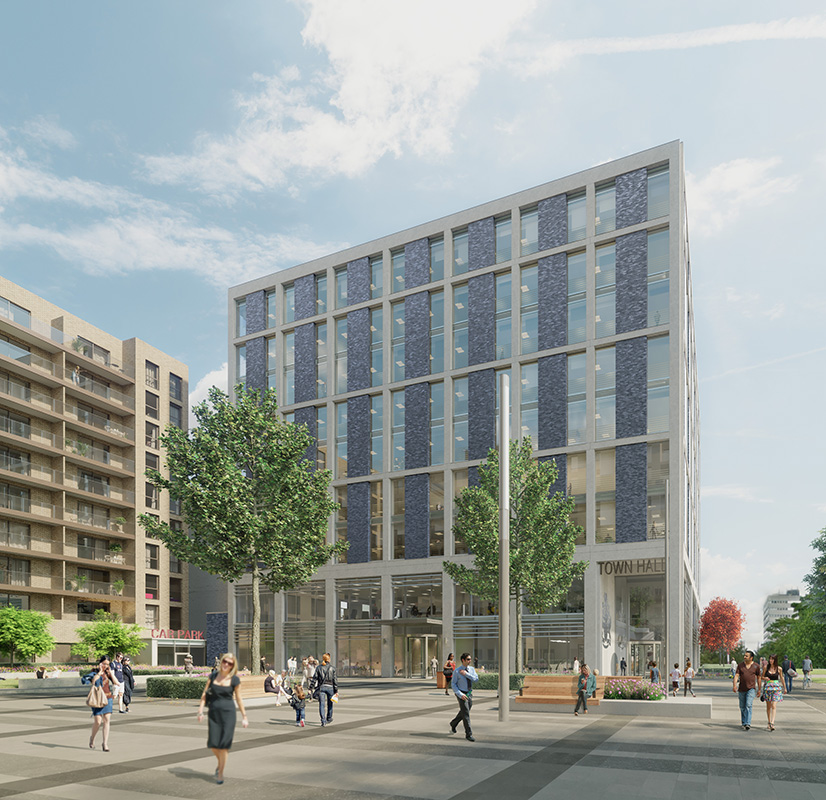 Crawley has one of the highest rates of growth in private sector jobs and some of the highest wages in the UK, according to an influential report. The Centre for Cities 2020 report, which compares economic statistics across 63 cities and large towns in the UK, underlines the town’s status as a great place to do business.

The report found that Crawley has:

It is one of the UK’s most resilient and strongest performing city economies with more than 3,400 active businesses including a diverse range of world-leading blue chips from specialist sectors including aerospace, aviation, health and life sciences and medical technology. Jobs numbers in Crawley grew from 85,000 in 2015 to 95,000 in 2017 within three key employment areas: Crawley Town Centre, Manor Royal Business District and Gatwick Airport.

Work on the Crawley regeneration scheme is well underway with 91 apartments, set over nine storeys currently being completed on the site of a former two-storey car park next to the Town Hall. The project, which will be completed in December 2021, involves the demolition of the existing Town Hall and the construction of a nine-storey building that will house the new Town Hall as well as 77,000 sq. ft. of commercial office space.

Once the new building is open, the remainder of the current Town Hall will be demolished to make way for the final phase of redevelopment, a 10-storey block featuring 182 apartments with ground floor commercial space opening on to a new public square.

Crawley Borough Council is committed to enabling healthier and more sustainable transport options, working with West Sussex County Council and other partners to help to tackle traffic congestion and make its streets safer and more attractive. The strategy proposes a vision of a walkable town along with improved sustainable public transport, car clubs and safe cycling, using a mix of innovative and integrated transport facilities to serve everyone’s needs.

As part of a wider government campaign, more than 250 miles of new segregated cycle lanes will be built across England under government plans to reduce car dependency in towns and cities.

The government said that dozens of new “mini-Holland” projects - designed to reflect the cycling culture in the Netherlands - would be introduced as part of the programme, creating low-traffic neighbourhoods to encourage walking and cycling. This is all part of a plan to double the number of journeys made by bike by 2025.

Being mostly flat, with lots of cycle paths and increasing facilities for bikes, cycling in Crawley is the ideal way to get around if you live or work in the borough.

• Improved connectivity for pedestrians and cyclists

£820,000 of Local Growth Funding has been approved by Coast to Capital for Phase 3 of the Crawley Growth Programme, in addition to a previous allocation of £14.6 million, to help progress the project.

Phase 3 of the programme will improve transport connectivity by extending a proposed bus lane around Manor Royal Business District, leading to a reduction in bus journey times. Enhancements along the cycling and walking route will also encourage more sustainable transport options in order to enrich the attractiveness of Manor Royal Business District and significantly reduce the carbon emissions of commuters.

The Crawley Growth Programme is transforming the business and living environment in Crawley town centre and Manor Royal, through the delivery of new office space, enabling new homes and new retail investment alongside transport infrastructure. Once complete in December 2020, the scheme will unlock opportunities for the local area including further investment in housing and business space.