READ NEXT
Basking in the Bahamas 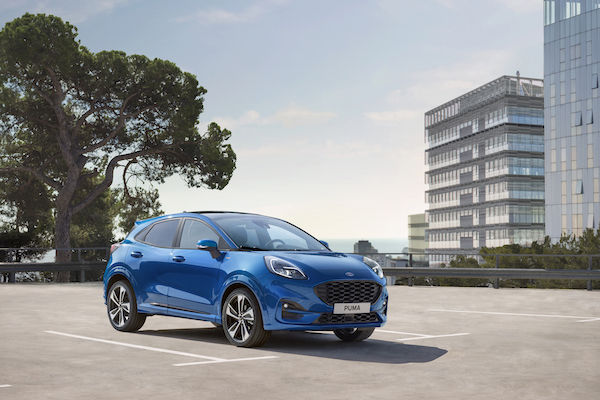 This is Ford’s new attempt at a crossover and l was a little nervous, as their last attempt with the Ecosport was not, how shall l put it, a resounding success. They have history here of course with the Kuga, that l rated a decent car and the Edge, also rated good but you just don’t see any on the road and therefore, not a stellar seller l would presume. You have to wonder if the Ecosport was launched just to make the Puma look fab?

The new Puma is based on the Fiesta but longer and taller and that’s no bad thing as the Fiesta is a best-seller and the benchmark for all supermini’s since its launch in 2009.

The Puma is a hybrid using a 1.0-litre three-cylinder petrol turbo engine giving 123bhp, aligned to a 48V 15bhp electric motor that boosts overall efficiency and performance. It cleverly shuts the engine down when coasting or deactivates a cylinder when not required. It offers 60mph in around 10 seconds, but the kicker is the torque it finds in the mid- range acceleration. From 30mph to 70mph it has a really good pull and feels quick and agile – far more than you might expect from the stats. On the motorway, it works very well and pulling away and overtaking are a breeze, and it will sit happily at 70mph all day long.

Design wise, l was on the fence until l showed it to a few friends who all said ‘Wow, love the styling’ so what the hell do l know?

The trim lineup is quite simple: Titanium spec is the entry level, followed by the ST-Line and the ST-Line X with a diesel model and a sporty ST version on the way.

The interior is not quite as adventurous as the exterior and Ford have played it safe, which is a shame. I think they should have gone the full hog and jazzed it up as it’s a tad dull. That aside, it is very functional with lots of adjustability in the seat and steering column. The dash is all well laid out, everything is at hand and the SatNav on the 8.0 inch Sync3 infotainment screen is one of the easiest to use for many a year, and it offers a wi-fi hotspot for up to ten devices.

The entry-level Titanium Puma has autonomous emergency braking, conventional cruise control and lanekeeping assist. An optional £900 Driver Assistance pack offers blindspot warning, cross-traffic alert and traffic jam assist systems, among others, and adds ‘intelligent’ distance-keeping functionality to the cruise control. The systems are generally tuned so as to be quite discreet but can, in most cases, be adjusted for sensitivity and, in some cases, deactivated completely. Even in its most sensitive setting, the lane-keeping aid keeps the driver engaged. I do get mightily bored with cars that constantly scream at me that l am about to crash when l get within half a mile of the car in front!

To have the 12.3in digital instrument display, you’ll need the ST-Line trim. Forecasts also predict that the Ford will have more robust residual values than even strong rivals such as the Renault Captur and Volkswagen T-Cross, and the fact that such a large proportion of the range slips under the 99g/km CO2 threshold ought to make the Puma an attractive option for company car users.

As for fuel economy – the perennial battleground in the crossover class – the Puma does well. My 123bhp hybrid returned 50mpg on the motorway and near enough 40mpg with a mix of driving for a typical driving range of 360 miles. Big-mileage owners may benefit further from the diesel Puma, which is likely to notch up nearer 60mpg on longer routes when it arrives.

A sound car, with, allegedly, good looks, surprising torque and enough space to please most. This is a very good car and will put the cat amongst the pigeons in its class.

76 Why your IT firm may be scaring you about the cloud...

Completing any M&A deal requires a great team (of advisors and clients), but achieving it in lockdown, doubly so, explains Jonathan Grant...