And if you have not had fondue in the Savoie area, where it was invented, it’s worth going just for that

READ NEXT
The 8 Ball 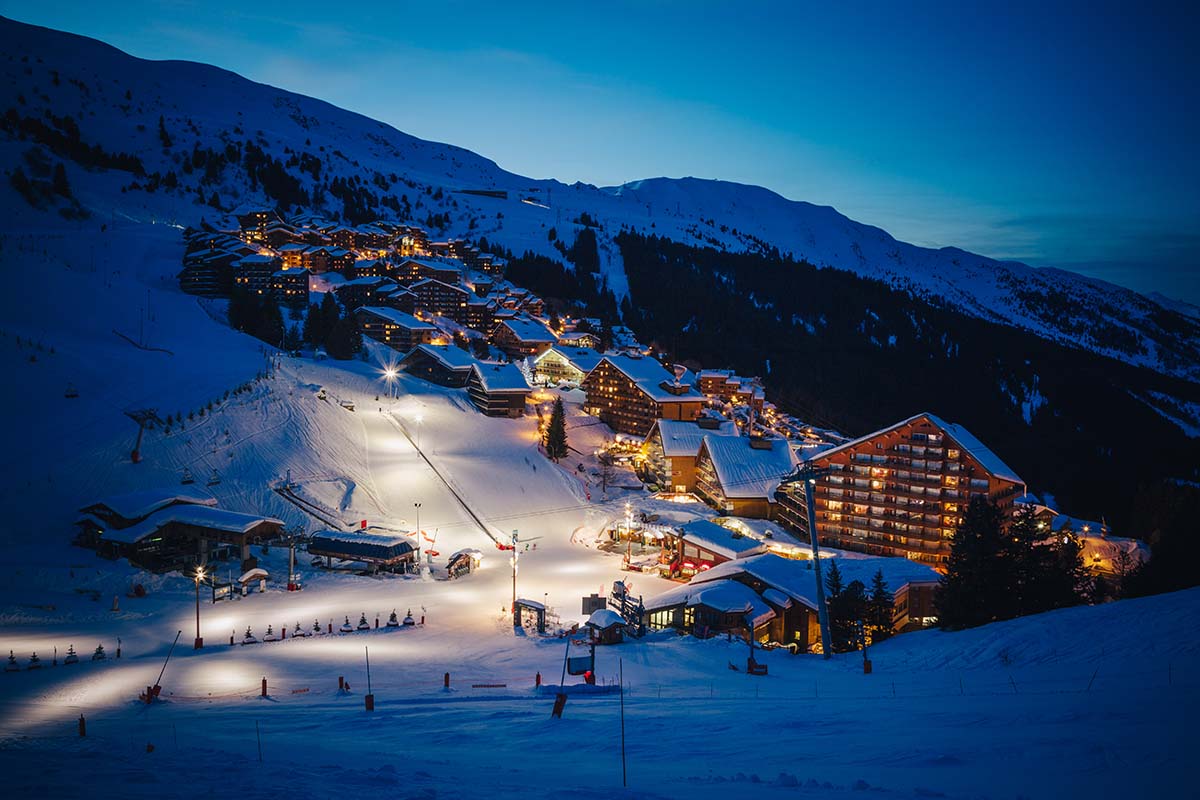 The Three Valleys in the French Alps is the world’s largest ski area with 600km of pistes, 166 lifts, 2,100 snow canons, 35,000 hectares of nature and 10,500 hectares of skiable area. The valleys are interconnected to ensure that you could ski the entire week without ever skiing the same piste twice.

The pistes are immaculately groomed and, in those years that are short on snow, the huge snow canons will work all night to ensure that most pistes are well covered by morning. In short, it is a skiers paradise made all the better by the great French cuisine available at every turn, baguettes and fresh croissants every morning.

Having skied this area for over 25 years, I can also state that it contains many of the best kept resorts in the world - Courchevel, Meribel, Les Menuires and Val Thorens. Chef Yannick Alleno opened his three star Michelin restaurant at the Courchevel Palace in 2011, and the Savoyard cuisine is exceptional.

Unlike Italy, you can also trust the piste signs - if it says the run is blue you can trust it is. In Italy, it all depends what mood the guy was in when he set out the signs that morning! Close by but not officially in the Trois Vallees is Les Arcs, Val d’Isere and Tignes - all world-class skiing resorts.

Meribel is a great location to learn to ski as they have a system called Ski Evolutif - the most simple way to learn the basics and to get skiing, originating in Les Arcs. All my kids learnt this way and they were generally skiing with us by day three.

Founded by British skier Peter Lindsay in 1938, Méribel’s developments now extend high up a west-facing slope, including the villages of Mussillon and Altitude 1600 to the east and Rond Point and Belvedere to the west. A vast number of chalets, and an increasing amount of self-catering apartments and hotels too, provide plenty of choice for accommodation and enough beds to sleep the resort’s growing fan base, who return year after year.

Val Thorens is the highest resort here and the highest in Europe at 2,300 mts. At that height, you have a pretty good guarantee of snow all winter and it is so contained, that just about every hotel is next to a lift.

For novices, there is a very straight forward guide to each piste with the percentage of each in the valley:

The longest run is Cime de Caron which is 12.5km or 7.5 miles long and is glorious.

The Black runs are fantastic with varying levels of difficulty and should only be tackled by very competent skiers. If that is too easy for you, then there is the ultimate - heliskiing. A helicopter whisks you up 10,600ft to the top of the highest peak - and then departs. The total silence and sense of wonder are astonishing – until you look down and realise that you now have to carve your way through deep powder, watching out for crevices and drop offs, all the way down to where you started and, if you loved it and can afford it, the chopper will collect you and take you back up again. This is the ultimate skiing adventure and is to be tackled by experts only.

There is a great new black run developed for the 2023 Alpine World Cup. With a length of 3.3km and a 970m drop, it offers one of the longest runs in the area and gives you a birds eye view of the original Courchevel Le Praz, the Olympic ski jumps and L’Aplinium - at speed.

One of the most exciting black runs is the legendary Saulire - with an average gradient of 33 degrees and the steepest section being 38.6 degrees, it is a white knuckle challenge that is irresistible.

For the kids and novices, there is an abundance of easy pistes on which to practise and play, all level of ski lessons going on in English all the time and baby clubs to set you free for half a day.

A skiing vacation is not all about skiing. There are so many other things to do if you don’t ski or want to take a day off. The Igloo Village at Val Thorens is a blast - literally an igloo ice bar with mouth-watering fondue in the evenings. 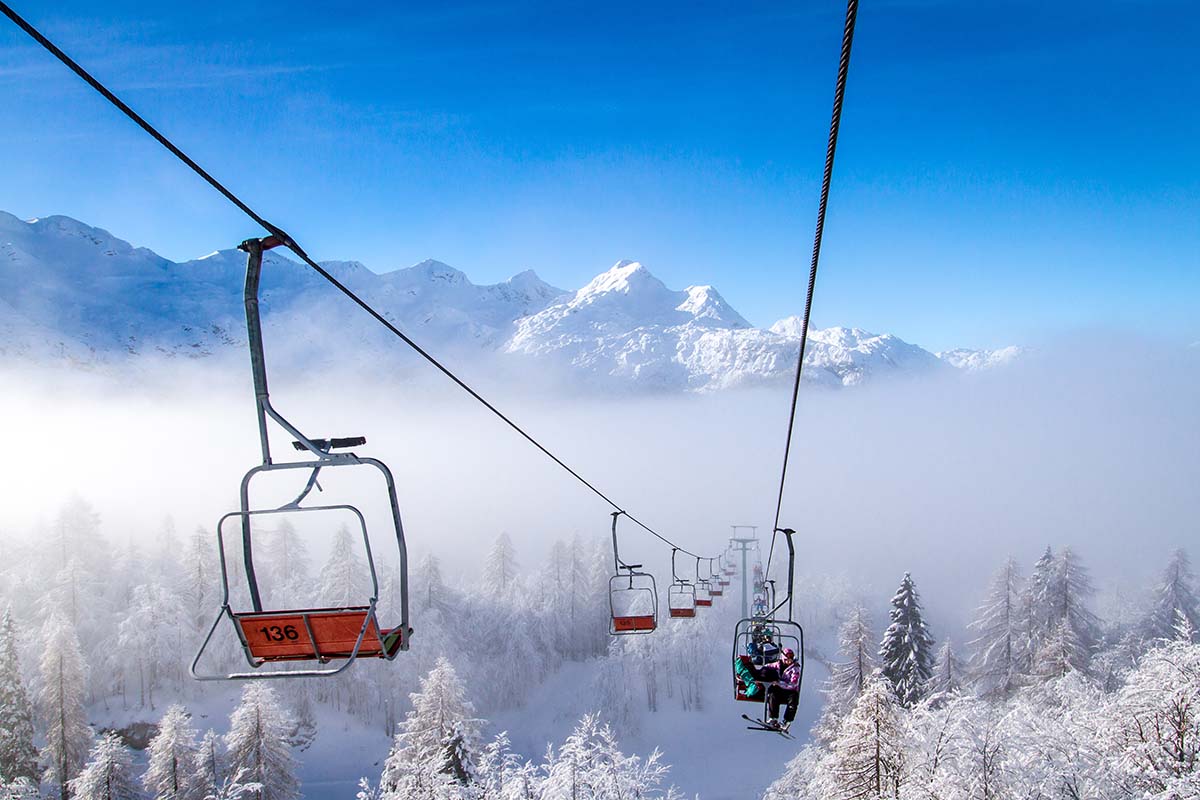 And if you have not had fondue in the Savoie area, where it was invented, it’s worth going just for that. For the kids, there’s an Animal Trail through the lower forest where they can follow paw tracks to find the sculptured animals hiding in the trees. Then there are walking trails, spectacular mountain bars and cafes, paragliding, swimming pools, spas, ice skating, snowmobiling, nightclubs, beauty treatments and some of the best restaurants you will find in any ski resort - and the wines none too shabby.

Another season not to be ignored is the summer. Many of the lifts still run for hikers and the flower filled meadows, mirror like lakes and mountain peaks are supremely  beautiful in the summer.

Accommodation prices are so varied dependant on type, location, season. Here are three sites with a good selection and if in a group of six or more, I would always take a chalet. Often in beautiful locations, huge roaring fires, ski in/ski out and a chalet maid or two to take care of the boring stuff.

Closest airport is Chambery, 2 hours from Gatwick and then 1.5 hour transfer up the mountain.

Now to the prickly subject of skis or snowboards! For those uninitiated, skis are the standard two planks strapped to your feet, whilst a snowboard is a single carbon-fibre board to which you are strapped sideways. An easy answer is the youngsters will be on boards and us old farts are on skis. But try both - any new way to get down a ski slope is welcome and all will cause you to smile endlessly.