View from the top

READ NEXT
Are you financially fit? 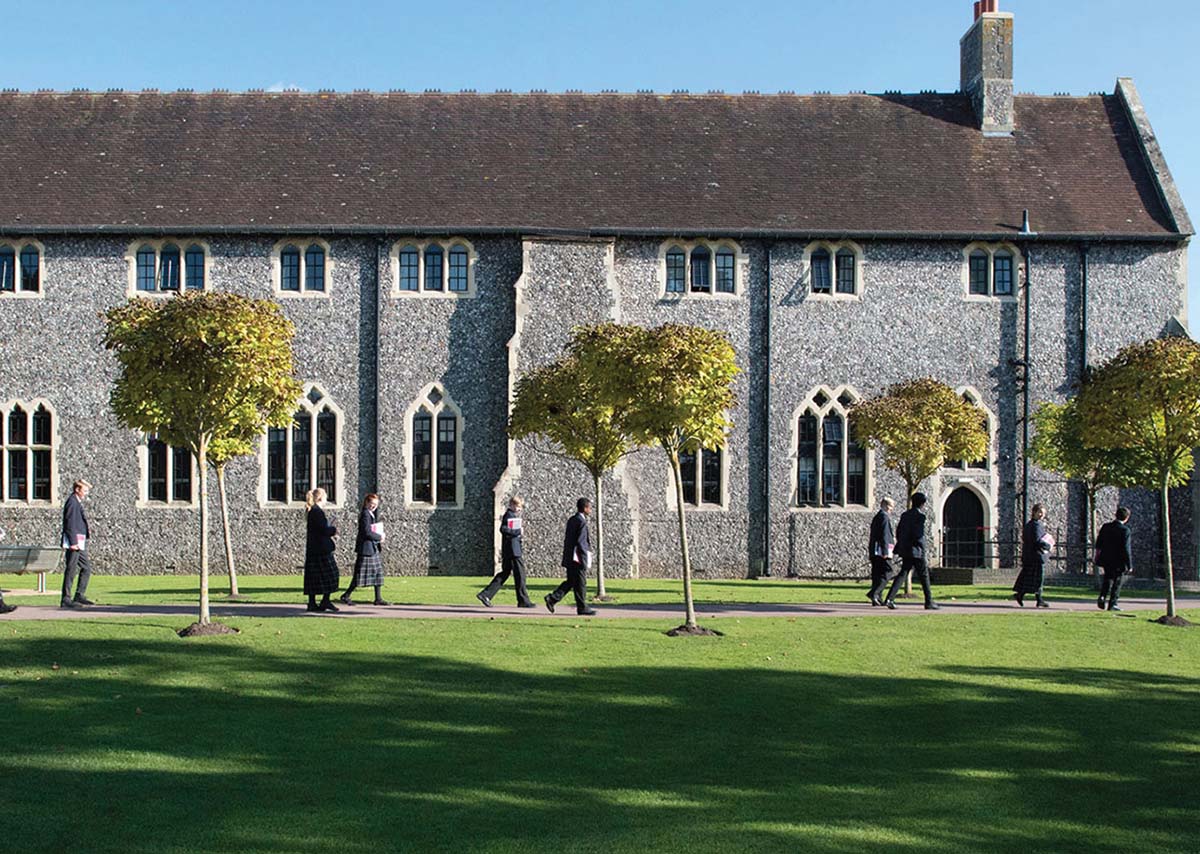 With the current pandemic causing havoc around the world, with education especially hard hit, can you tell us how the school is coping and what measures are in place to keep the students safe and the school open?
Back in March, we switched to a full live online academic timetable thanks to the technology which was already in place at Hurst, the staff and their training. This proved to be successful.

If we find ourselves heading back in that direction again, either with parts or indeed the whole school shutdown once more, then we can go back online. However, currently our primary aim is to ensure that as many, if not all, pupils remain at the school and that there is continuity of education for everyone.

We have introduced small bubbles as well as regular hand sanitising, facemasks for Year 7 and above when indoors in the company of other nonbubble pupils along with social distancing. Our aim is to minimise the risk of infection and then transmission of the virus. I suspect that it is inevitable that members of our community will contract Covid, whether asymptomatic or not, and that this will result in some pupils having to spend time at home. We are ready for this but hope to minimise any impact.

There is much debate around the subject of co-ed vs single sex education – can you let us have your opinion on this subject?
I have never held strong views on the issue of co-ed versus single sex. At a previous school, I remember gently querying why the then Headmaster, who had been a great advocate of co-education, was off to the most famous all boys school in the country. His wise response was that excellence in education comes in many shapes and forms whether single sex, co-ed, state or private, Grammar school or Academy. What was more important was that a school would enable the children within its community to thrive. As a parent of two boys and two girls, there was never any doubt in my mind that I wanted them to be at the same school, if at all possible, in a co-educational setting and that this would be a very good preparation for life. And, my own children did seem to find the move from school to university to be pretty straightforward and much of that, I suspect, was down to their Sixth Form experience in a co-educational house which turned out to be remarkably similar to the colleges which they subsequently joined. In short, I am wary of any lobby promoting either single sex or co-ed being 'better' and appropriating the data to suit.

Your recent A-Level results of 91% A*-B are very impressive – with the exception of the effort from the students themselves, what do you feel is the driving force behind these excellent results?
We have been very fortunate in the last few years to have had year-on-year increases in our results both at GCSE and A-level. During that time, we have become mildly more selective but not hugely so. We are certainly not aggressive in our approach and nor do we cull out after GCSE results. Instead, I think it is about three key factors.

First, the quality of the staff and their teaching. Through the Teach Hurst programme, we recruit annually over a dozen bright, enthusiastic and committed undergraduates whom we then sponsor through a PGCE at Sussex University. They become very attuned to this place and our way of doing things. We also have a superb professional development team in place which ensures that we get the best from our staff. Second, culture.

We have at Hurst a very strong sense of who we are and what we stand for. This is not a place where outcomes are the most valued aspects of school life. Rather, we believe strongly that it is the way in which pupils approach and engage with every aspect of Hurst life which is key, almost irrespective of how brilliant (or not) a pupil might be. This is epitomised by our approach not just to the academic aspect but also the cocurricular activities. It doesn’t matter which team you’re in or whether you are the lead in a play etc. but what matters most is that you give it your best shot and you achieve your personal best.

Third, and finally, there are our structures and systems. Whether that is the tutorial programmes, the Challenge Grade system (pioneered at Hurst many, many years ago and now interestingly adopted by a large number of other local schools) or our use of academic clinics and university/career coaching, the pupils do get considerable guidance, encouragement, support and inspiration (perhaps a slightly excessive word) to fully engage to the best of their ability.

How badly do you feel students were affected by the chaos over the recent predicted grades and if so, do you feel there is any long-term harm caused to their mental well-being or their future prospects?
At the time of their release, there was undoubted turbulence. Some pupils missed offers at their chosen universities but also others felt hugely let down by a set of grades which reflected not their own ability, hard work and attitude but an anonymous algorithm. We were badly hit. Our cohort size at Hurst is large and, as a result, there were departments here which were experiencing C and D grades for the first time in many, many years. The school was able to support the pupils and over the weekend we filed our appeals for the subjects which we felt had been particularly affected. By the following week, of course, the Government had backtracked and the result was that the pupils achieved as we felt they should have done and the vast majority, nearly 90%, were given places at their first choice of university and the remainder were able to then defer or look towards their future career and university plans with confidence. So, it was a tough experience for them but it ended in the right place and justice was seen, and felt, to have been done.

Your Sixth Form ethos of ‘work hard, do good and engage’ is admirable – how do you achieve this and instil it into your students?
This again comes down to a combination of culture, structure and people. There is a strong culture of engagement at the college. As mentioned, we do not mind whether someone is brilliant at something or not, but we care deeply that they should have a great experience and have a go to the best of their ability with the best of coaching, academic or otherwise.

After all, it is through that experience that they develop in all sorts of good ways  including their own self-knowledge. We also have a strong sense that life is not only about oneself but about other people and enabling them also to be successful and happy in their lives. As for “work hard”, by the time pupils reach the Sixth Form, we hope they have not only developed very good habits but also developed a sense that working hard is key to one’s own sense of self respect as well as achievement. If you are going to do something, then you should really give it your best shot. 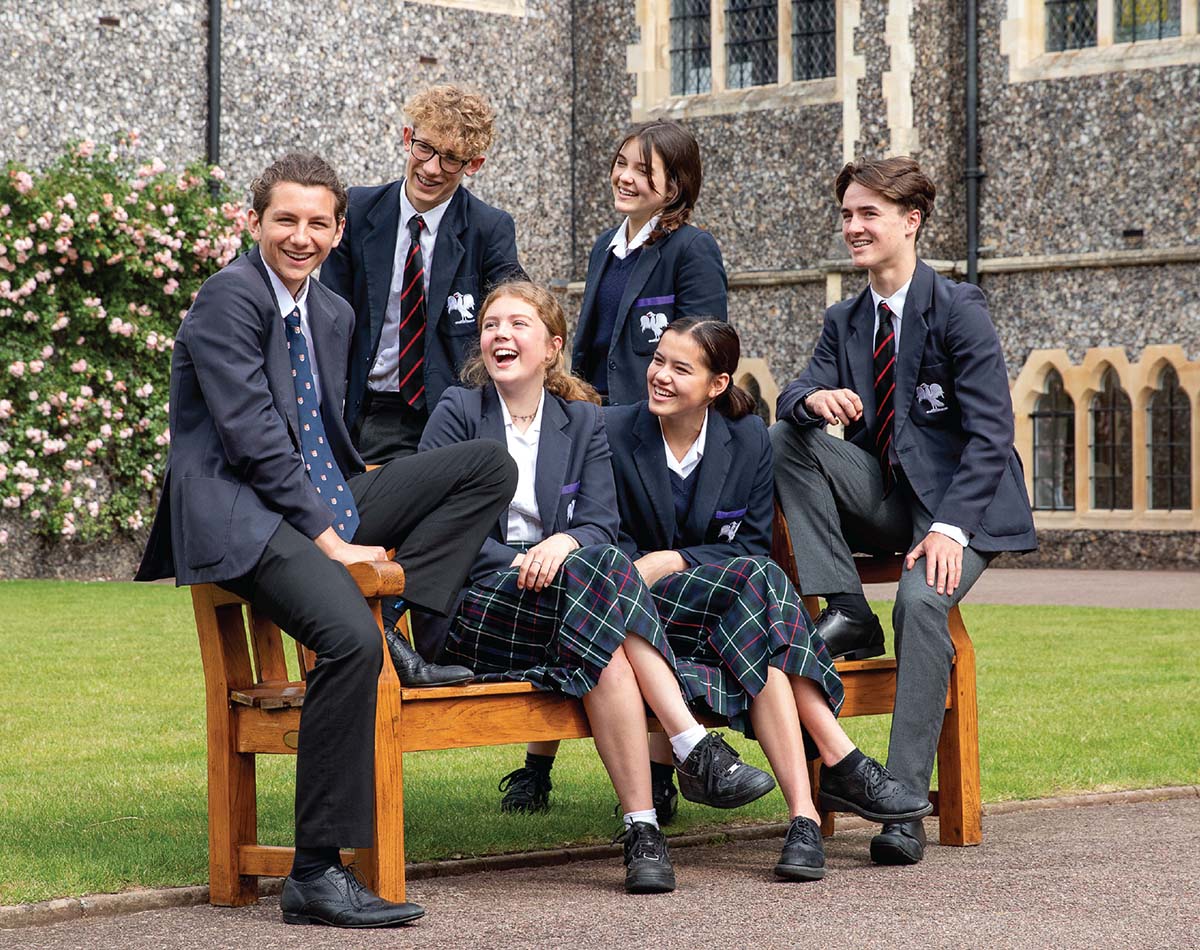 Sixth Form is such an important step – not only from an academic point of view but a major step in ‘growing up’ for young adults, and your phrase ‘trainee undergraduates’ is notable as that is exactly what they are. How do you drive this ethos right the way through the two years?
A key part of a Hurst education is the recognition that school is not an end in itself but rather the beginning and a springboard to the next stage of our children’s lives. As many of us as adults will remember, Sixth Form is a great period of self-definition. Whilst the younger years are about trying to develop good habits, the Sixth Form is a pupil’s chance to really grow their own self-knowledge, a sense of what is right for each of them as well as an awareness of the world around and beyond them. It is a gradual process. Nobody steps into the Sixth Form as a fully formed Sixth Former but rather there is a gradual development. They are treated as adults and join our Upper Sixth co-educational house where, as a year group together, they get a flavour of that life which they will experience at university and beyond.

Most importantly, during this time, we see our pupils becoming much more accepting of others and, indeed, of themselves and this sense of self, along with greater independence, intrinsic motivation (their “why?”) and real interest in what might be possible means that they move towards a position of readiness for undergraduate life where these things will become critical and when they will not have the bicycle stabilisers, as it were, of school.

We hear about girls continuing to excel in STEM subjects – is this your experience?
There is no doubt that one of the greatest and best changes in the last 30 years of secondary education has been the rise of girls studying STEM subjects. At Hurst, at least half of the female Sixth Formers go on to study a STEM subject at university, examples in the last three years include: Computer Science at Durham, Physics at Imperial, Medicine at Nottingham, Biology at Oxford, Mechanical Engineering at Sheffield, Mathematics at Cambridge, Veterinary Medicine at Edinburgh and Chemistry at UCL.

If I may speak as a parent, all four of my children did Maths and Further Maths and one daughter studied Physics at university. I do not, for a moment, say that there is complete equality in all subjects between the genders. But there is certainly an equality of opportunity and a perception whatever their gender, they can pick any subject and think “why not?”