READ NEXT
The building blocks of innovation 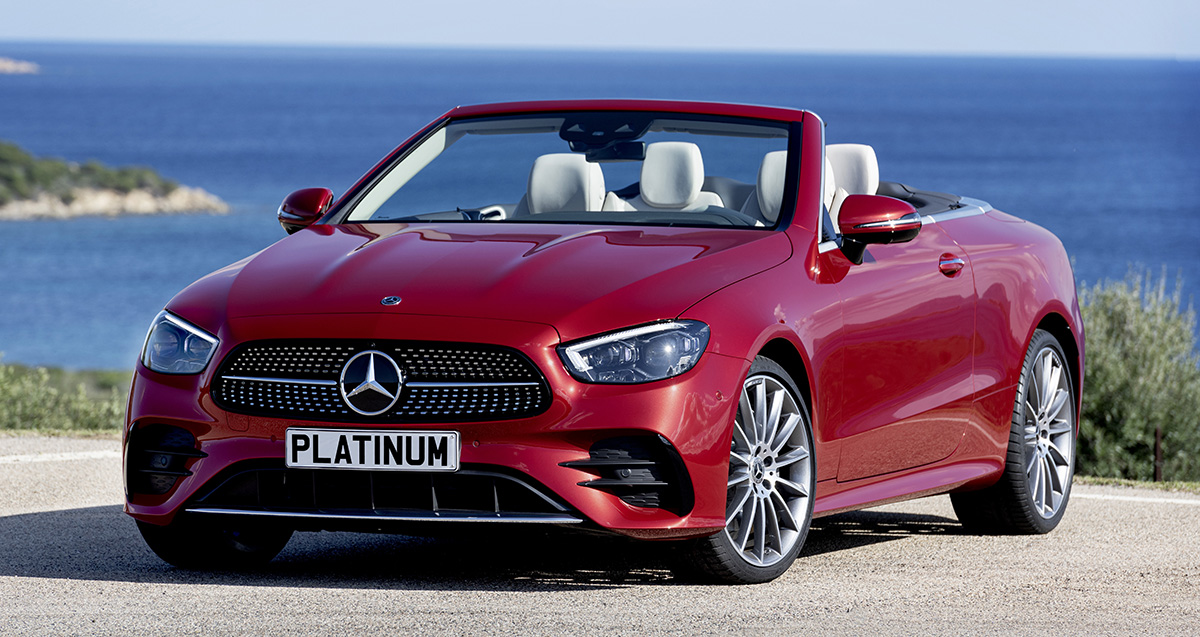 The E-Class has long been a favourite of mine as larger than the C-Class but smaller than the S-Class so, just like Goldilocks and the three bears, it’s perfect.

First we should deal with the slight confusion Mercedes Benz seem to enjoy sowing – this is not a 4-litre engine. Nor does the 300 have a 3-litre engine or the E-220 have a 2.2-lite engine! Confused? Yeah, me too but get over it as this is just the way they like to do it.

The E-Class 400 has a superb 329bhp, 3.0-litre V6 power plant and is the range topper until the full-fat AMG version makes an appearance. It’s available only in AMG Line trim, which, perhaps obviously, calls on the allure of the AMG name but doesn’t come with a snarling V8. Never mind, this engine is plenty and coming from me, that’s saying something.

This model is matched against the Audi A7 Sportback and the BMW 6-Series and, as the Audi is ugly as a dog, really only the BMW competes.

The body is beautiful and stylish and rarely fails to impress and although the BMW 6-Series is definitely more rakish, the Mercedes Benz is more stylish and refined. Proportionally, the new E-Class Coupé is larger than its predecessor in every major dimension, which is no great surprise given their origins. This, then, is a 4.86m-long car that’s 1.86m wide in the body (2.07m including mirrors) and has a lengthy, 2.87m wheelbase. The suspension is a multi-link set-up both front and rear. Whereas most E-Class Coupé variants get coil springs as standard and air suspension as an option, this E400 has air suspension across the board. There are three air chambers in each spring strut at the rear of the car, and two at the front, with three levels of spring rate selectable from the driver’s seat. There’s continuously variable damping, too.

As well as selecting the suspension stiffness, the E-Class’s drive modes let you choose how angry you want the engine, transmission and steering response to be. It is very fast in angry mode (my default) but also quite uncomfortable and jerky which is great if you are in a race but not so much on the road. It is plenty fast enough without it. With the 9-speed gearbox, it is as smooth as silk.

The interior feels luxurious with deeply bolstered seats with countless adjustments, and the dash is very well laid out and at your fingertips. You can even choose from 64 colour options for the ambient light that surround the stylish metallic air-vents and, although most journalists hate the colours, l think they are rather cool. If you can, why not and at night, having selected pink, l felt warm and cosseted and relaxed. I am not a great fan of the faux black wood trim but horses for courses l guess.

Front seat heating and electrical adjustment come as standard, but if you want seat heaters for the rear chairs or memory seats, you’ll need to dig into the options list. My test car was fitted with the £3,895 Premium Plus Pack (which adds, among other things, a panoramic sunroof, adaptive LED headlights and Burmester surround audio system as well, so it’s not as bad value as it might look). Although if you crave memory seats most, then the £2,795 Premium Pack may be the better option, while the heated rear seats are also available as part of the £795 Warmth Comfort Pack, but you will need to opt for leather and the Premium or Premium Plus Pack as well.

Few could quibble with the E-Class Coupé’s standard on either material richness or perceived quality, both of which are excellent and give the car a tangible edge over its rivals from Audi and BMW on luxury ambience.

As a coupé of course, there can be a squeeze to get into the back but touch the front seat and it effortlessly glides forward to allow egress and once there, there is plenty of room.

On the road, it has impeccable manners and the twin-turbo V6 engine is quiet and smooth. It idles almost noiselessly; produces greater low and mid-range torque than the atmospheric V8 this car might have had 10 years ago; and sounds sweet enough in its harder-working moments that you wouldn’t guess it was turbocharged.

Neither would you really wish for something more mechanically exotic. The power and torque to accelerate this big two-door to 60mph in 5.6sec has to be deemed sufficient in something not primarily intended to go fast – and the readiness to do it with such silken reserve only confirms this engine’s fitness for purpose. At a cruise, the shifts of the E400’s automatic gearbox are beautifully smooth and judiciously timed, and the fact that there are nine ratios in all makes the top one so long that the engine can spin well below 2000rpm at any sensible UK motorway speed.

The E400 is stylish, smooth, comfortable and quick – what more do you need?

Brighton and Hove’s brightest and best businesses have been honoured at a ceremony that celebrated the great achievements of...

Any home could now contain a smart fridge, smart watch, Alexa device, fitness tracker or a doorstep camera... We can order wine, control...

We are living through times of unparalleled change. The pandemic has tested the resilience of our instit-utions, our companies and...