READ NEXT
How residential property developers can prepare for tax increases 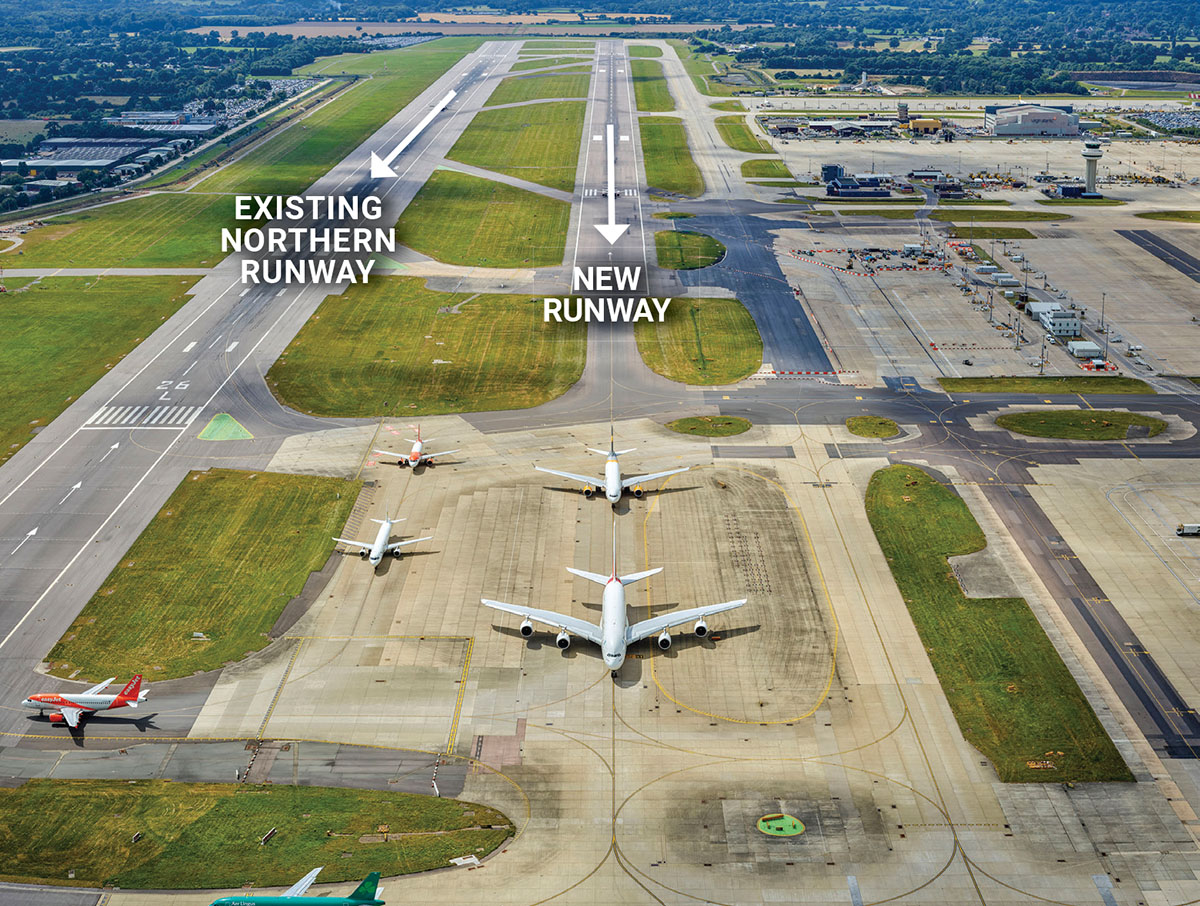 We all know that the aviation industry has taken a massive hit due to the pandemic and airports are no exception. Gatwick Airport is vital for our region and, as usual, they have not stood still but are actively planning for the future.

The government might have given the permission for the third runway at Heathrow, over which there are serious doubts as to whether they will now actually build it, but Gatwick is not taking that one lying down and are forging ahead with their plans to bring their standby runway into routine use for departures only, which will greatly increase their capacity and further cement the UK’s target of being a global trading partner. I caught up with Gatwick’s Chief Planning Officer, Tim Norwood to find out how these plans are going.

Remind our readers of what these plans are?

I would be delighted to. The airport has an existing standby runway which is currently only used when the main runway is undergoing maintenance or on the rare occasion that there is an emergency. Our proposal is to bring this runway into regular use for departing aircraft only. The new runway will only be used for short haul aircraft and for take-off only but will increase
our passenger capacity from the 46 million who used the airport in 2019 to around 75 million 2038 with we have to go through a full public consultation that is under way now but we have confidence that we will be able to convert this runway.

We encourage everyone in the region to get involved and go to www.gatwickairport.com. All comments must be received by 11.59pm on December 1st 2021.

As you know, there will be people complaining of extra noise, so how will the airport deal with that issue?

The noise impact of the airport has been steadily falling for many years now with the introduction of new aircraft that are less polluting and much quieter. We are committed to a ‘noise envelope’ which means that even with this increase in capacity, the surrounding noise will be no more than it was in 2019 due to the advance in engine technology. Aircraft are getting quieter and quieter with each new design, they are also less polluting and we are not too far away from electric planes which really will be a game-changer.

I fully sympathise with people who are disturbed by aircraft noise but we are an island nation and we need to trade, now more than ever, and that is very difficult to do without world-class airports. Our job is to minimise that disturbance in every way possible as these people are our passengers, our employees and our support businesses. The long-standing government policy is very clear – ‘airports should make best use of existing facilities’ and that is exactly what Gatwick is doing with this plan. I am also proud to say that the airport itself will be carbon net-zero by 2040 and l believe that to be a tremendous achievement.

There was also the argument that there was so little unemployment in the Crawley area therefore where are the new airport staff going to come from?
That’s a very good point but the pandemic has greatly changed that with the local unemployment being as high as it has ever been. These people need jobs and Gatwick is the largest local employer. The local colleges need employment for their students and we are working hard with them to ensure that we assist in the training of these students to ensure they are ready for the jobs that will be waiting for them.

This is not just pilots, but engineers, planners, retail staff, baggage loaders, drivers, security, IT and so much more. We are working with local colleges to ensure they have the skills required for the jobs of the future. We need local jobs for local people and don't want to see our young people being forced to take the train to London every day. We expect to create 18,400 additional local jobs by 2038 and this can only be tremendous for the area.

I understand you need to move the new runway 12 metres – that sounds very simple but l am sure it is far from simple.

Indeed, it is far from simple but in short, we will be adding 12 metres of tarmac to the northern edge and removing 12 metres from the southern edge, and then repainting the centre line. As far disruption to the airport operation, much of this work will be done overnight, as with so many runway tasks we presently undertake, and will cause very little disruption.

What about road improvements for this increase in passengers?
We are proposing significant upgrades to three road junctions to greatly ease the flow. At the south terminal roundabout, we will create a flyover; at the north terminal roundabout we will create a partial flyover which will separate the local traffic from the airport traffic and greatly improve the movement for local people so that they don't get held up with the passenger traffic.

The third junction is the Longbridge roundabout that will improve the general flow of traffic. Rail services and facilities are already being improved with a £156 million project which will lengthen the platforms, increase lift capacity, new entry and exit and new ticket hall so this change will be highly significant. By 2023, the station will look totally different and be far more efficient.

How long will the new runway take to get into operation?
We would like to get permission by 2024, start work around 2025 and operational by 2029. This will also have the benefit of giving more time for the aircraft manufacturers to really excel with these new, quieter planes - the day will come when we have near silent planes with zero emissions and with the speed of technology, that might not be that far away.

How much is this all going to cost?
The runway works, new terminal and all support infrastructure will cost around £500 million and not a penny of that comes from the public purse as it will all be funded by the airport and our shareholders. The UK government wants the country to be ‘open for business’ and at Gatwick Airport, we are playing our part to ensure we are a globally trading country that punches above our weight – and you cannot do that without world-class airports.

The staid image of Volvo cars is long gone and they continue to produce world-class vehicles. Having been one of the first to offer...

90 Peer learning: You are not alone

I hope that a summer break has meant that you are able to return to work refreshed and energised for the months ahead. That said,...

The new e-commerce VAT system introduced by the EU on July 1st impacts the treatment and compliance associated with supplies of goods...