The power of difference

READ NEXT
Why retirement could cost less than you think 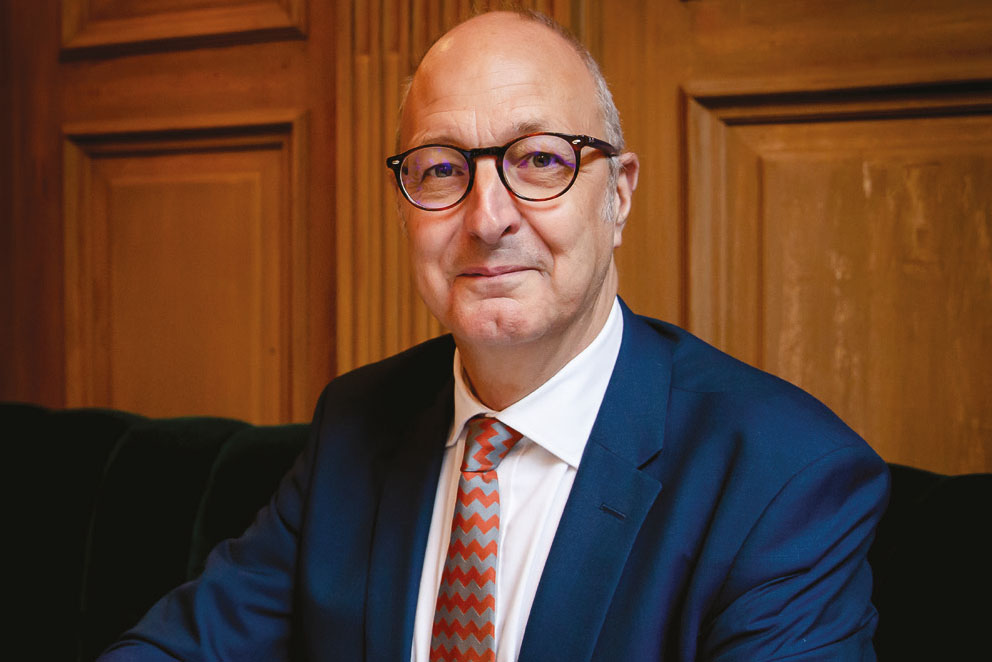 A growing intolerance of different political and social views in the world outside of work is having an increasingly negative impact on how we behave in the workplace, according to Brighton diversity expert, Stonewall co-founder and former Sussex University Chair, Simon Fanshawe OBE.

“All the big social arguments about race, gender, sex and sexual orientation have crashed into work and while the extremes are fighting each other, the vast majority of people in the middle don’t know what to do. No one knows if they can speak up – if they are offended or if they might offend someone, both sides,” Simon explained.

“This fear of speaking up on social issues matters because that inhibition creates an overall culture at work where collaboration is damaged, businesses and organisations don’t find the best solutions, innovation is hindered and markets are missed.

“The irony is that the progressive thinking and actions that have supported diversity and inclusion at work have now become tools of conformity, with HR acting as the enforcer of particular rules and managers and staff walking on eggshells, frightened about being penalised for saying the ‘wrong’ thing. At its most extreme, people are being silenced or sacked. We have got a crisis of dialogue at work.”

Recent research on the views people are afraid to express provides insight into the extent of this silencing effect here in the UK. Four in ten (40%) of the Britons polled by YouGov at the end of 2021 said they had stopped themselves from expressing political or social views for fear of judgement or negative responses from others at work. Topics people were reluctant to talk about included race relations and discrimination, sexuality, women’s and gay rights and transgender issues.

“I have had conversation after conversation with concerned and progressive CEOs and HR directors who sincerely want to break out of this cycle and guide their people towards being able to value and talk openly about their differences. But too many staff feel lectured at rather than engaged,” said Simon.

Awarded an Honorary Doctorate for his work on diversity and human rights, Simon now works with businesses and organisations to encourage honest conversations about diversity and to redesign recruitment to achieve real change. He has been listed as one of the UK’s Most Influential Thinkers by HR Magazine and called ‘inclusion Royalty’ by The Sunday Times.

A manifesto for change
Frustrated by the growing evidence of a crisis of dialogue in 2021, Simon set about writing a manifesto for change at his home in Brighton – a city that has recently seen a very public breakdown of dialogue at Sussex University and the resignation of one of its professors, Kathleen Stock, following protests about her views on gender identity.

“Not agreeing with someone cannot lead to excluding or bullying them and people having to lose or leave their jobs. That has to stop,” says Simon. “If you want to be a feminist, use your preferred pronouns, subscribe to #BlackLivesMatter, that’s fine, but you can’t use the authority of an organisation to impose your view on people. And then refuse to talk about it. That is highly damaging, not just to your organisation but more widely to society.”

“The change that is needed is not about getting other people to agree with everything you think or say. Agreement is not the point. True diversity and inclusion means hearing all voices and understanding all viewpoints. To collaborate at our best, we need to explore how we are different. And the people you should be talking to should always include the people you disagree with.”

Following encouragement from academic and industry peers, Simon’s manifesto is now a book – The Power of Difference: Where The Complexities of Diversity and Inclusion Meet Practical Solutions – which has already received international praise from business leaders and advocates for workplaces where all voices are heard, including: President of the CBI, Lord Karan Bilimoria CBE; Professor of Leadership at Harvard Business School, Amy C Edmondson; New York University’s Professor Kenji Yoshino and senior figures in the NHS.

Through personal stories and experiences of working with movements of social change and clients in business, education, healthcare and government, ‘The Power of Difference’ offers research and advice on many of the hot diversity topics that managers and employers across the UK are currently having to address, including:

• How ‘Unconscious Bias’ is just an excuse when it comes to tackling race or sex discrimination. Not only does it stop us taking personal responsibility, training programmes to tackle it are almost entirely counterproductive.

• How ‘inclusion’ by its very definition is based on the reality of difference. By trying to outlaw certain views we don’t engage each other and damage collaboration.

• The problem with preferred pronouns – people wanting to use them is not the issue, but imposing their use on everyone is. It doesn’t include, it excludes.

Above all, the book is an argument for conversation rather than shouting, for finding common ground rather than demanding obedience to a single view, and for creating spaces in and outside of work that are safe for disagreement not from disagreement.

Visit www.koganpage.com/power-of-difference and enter the code DIFFERENCE25 at the checkout

I’m absolutely delighted to be writing about my home province for this issue – or as I like to say to people who ask where...

The Maserati marque has been around since 1914 when bothers Alfieri, Ettore and Ernesto Maserati founded the company in Bologna, Italy....

Many New Year’s resolutions revolve around diet and exercise – fitness. Equally, pest control should be seen as a central...