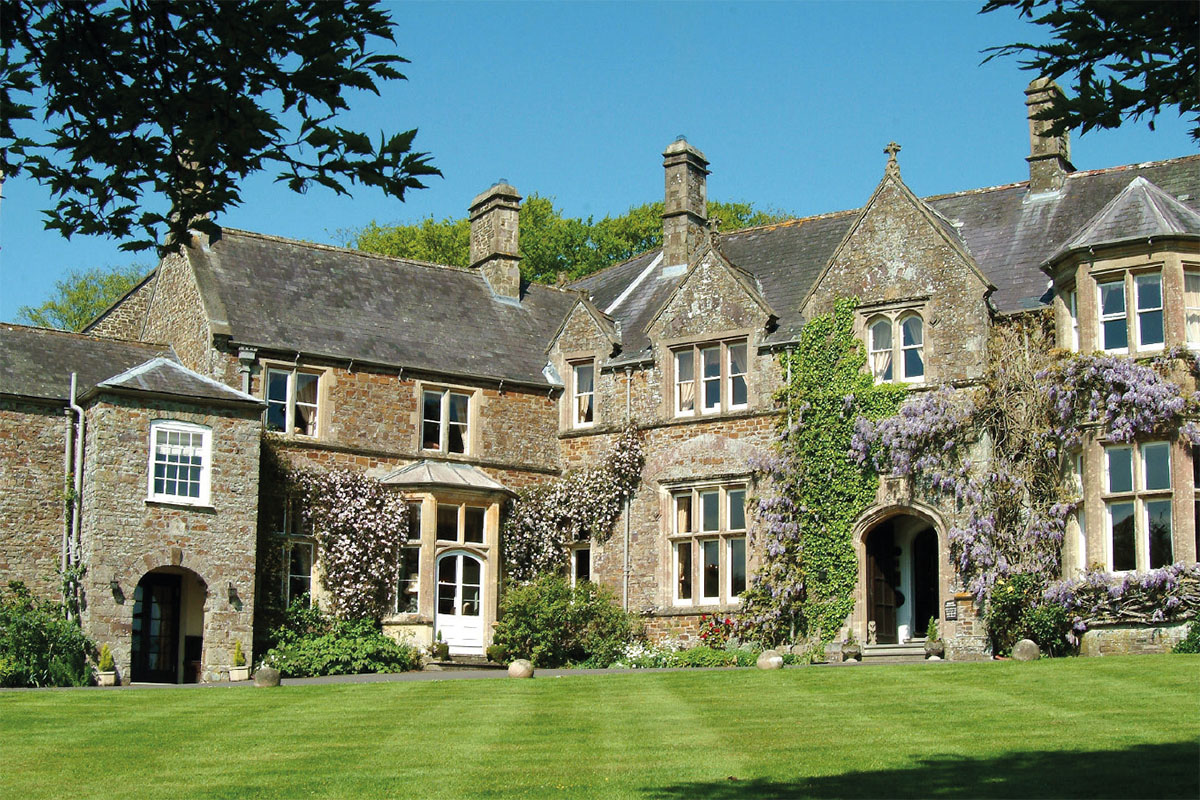 The Twin Peaks soundtrack by Angelo Badalamenti would have been the perfect score for our meandering drive through the hills of north Devon. I always feel that way when driving through misty mountains where the atmosphere lends itself to fairytales and mystery. That morning I half expected us to be flagged down
by some mystical creature complaining about the noise of our V8 Maserati engine disturbing the peace of their tranquil land. A creature did actually appear but with a blue flashing light and an attitude, but l will leave our Motoring Editor to explain that one!

Fortunately we were met with genuine friendliness everywhere else we went in stunningn north Devon. Except perhaps at the private toll road leading to the breathtaking Crow Point peninsula of Taw and Torridge estuary where we didn’t have £2 in coins and had to turn around to go and find change in town. It was well worth it though. Crow Point is a seemingly endless sandy beach with low dunes formed near the confluence of the Taw and Torridge rivers. The beach looks across the River Taw to Instow Sands and Appledore and is an unspoilt haven of natural beauty and wildlife. A must-see when visiting this part of the world and honestly, the quaint little toll bridge actually only added to its charm.

Our hotel was lovely too. Northcote Manor is an 18th-century country manor hotel set in the foothills of Exmoor National Park with sweeping views over the Taw Valley. The surrounding woodlands are wild and dense and have been hunting grounds through the ages. Northcote’s history dates back to around 1000 AD when a Benedictine monastery stood on the site until the dissolution of monasteries in 1539 meant that it became crown property. Later Henry VIII owned it for 21 years. It is believed that the part of the wall of the walled garden is still from the original monastery!

The facade of this historic building is beautiful, both opulent and austere and the inside is warm and welcoming albeit a bit dated. I loved the original oak staircase – a testament to the quality of workmanship by ye olde artisans of Georgian times. There are lovely classic lounge areas with comfy furniture and some with roaring log fires inviting you to simply relax and enjoy. I appreciated that the atmosphere wasn’t stuffy - thanks to the lovely staff who managed to be professional as well as warm and welcoming.

Guest rooms are located in the area of the hotel that was added to in the middle of the 19th century as well as a modern wing added more recently. We stayed in the Honeysuckle classic room in the new wing; our room was spacious, very clean and comfortable. The hotel was near fully booked during our visit therefore I wasn’t able to view other rooms but photos of other rooms reveal a mixed bag of decor.

Formal fine-dining was par for the course although not the finest l have ever tasted, it was very good with excellent service. The cream tea served in front of crackling fires or on the front lawn when the weather permits is something not to be missed.

We especially enjoyed the spa with its stunning views and exceptional staff - nothing was too much for them! The spa isn’t grand or flashy but that didn’t detract from the clean design, fantastic pool and large jacuzzi. The entire spa area was immaculately clean and well maintained, which I appreciate. They had designed a particularly clever mirrored ceiling with a slight tint and that made the ceiling appear to be two stories high and a dramatic effect. Well thought out and designed.

Ultimately we found that Northcote Manor Hotel and Spa offers a quintessentially British escape to the countryside, mixed with history, mystery and a touch of romance too.

Bed and Breakfast starts from £200 PRPN
Bed, Breakfast and Dinner from £290 PRPN

Who needs another fast SUV? I do, especially when it’s Maserati’s most powerful production car in its history. How do they...

Surrey based Cleankill Pest Control is strengthening its operations in West Sussex and Hampshire with the acquisition of privately...

Welcome to the Influencers Forum. Stakeholders are increasingly forming their decisions based on environmental, social, and governance...