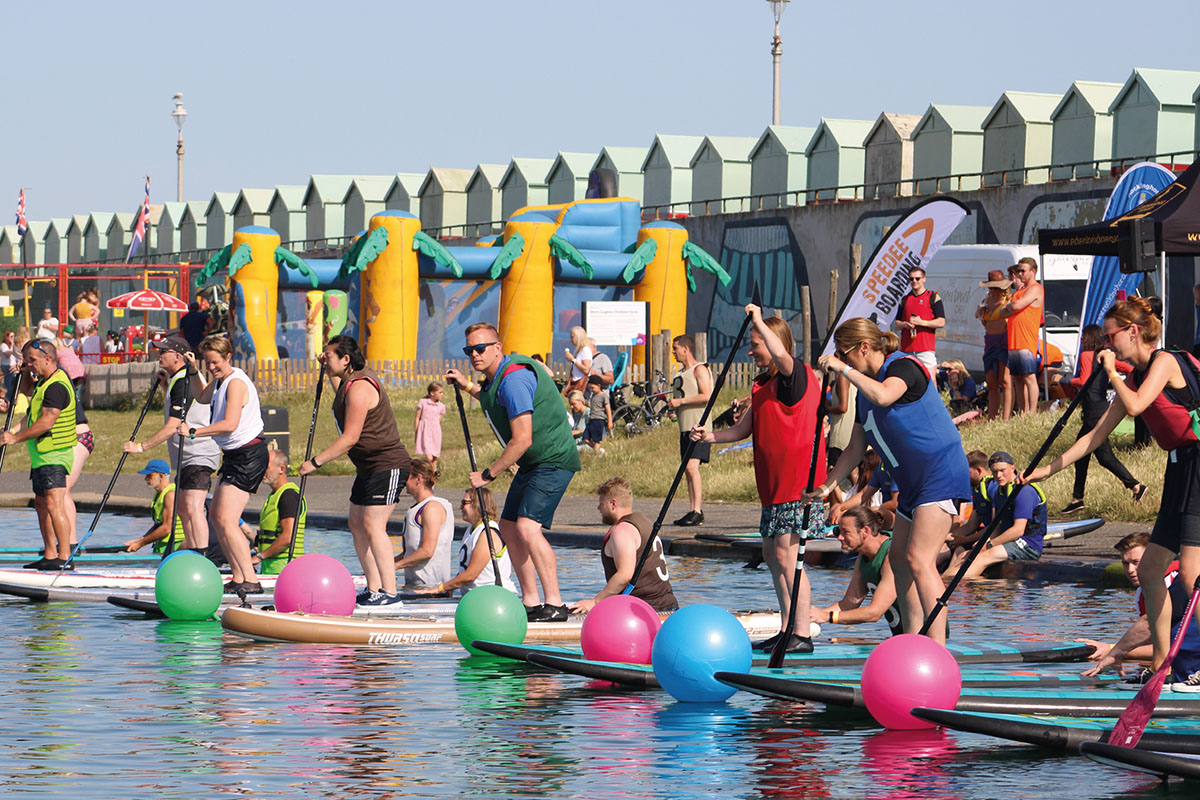 Mayhem was on the cards as 30 Sussex companies took to paddle boards, many for the first time, in a relay race. The event was organised by serial charity fundraiser, Neil Laughton from Laughton & Co who had just returned from a paddle boarding trip along the Amazon. Platinum Media Group took part and won the first heat – sadly, that was as good as it got!

Along with many others, they helped to raise money for their selected charity. In Platinum’s case, this was Rockinghorse Children Charity. Each team selected their own charity and a total of £12,000 was raised – and a great day was had by all. Hats off to Neil Laughton who donated an enormous amount of time to this event, along with many other such events each year.