Abu Dhabi has been frequented by business travellers for decades, but its vision for the next ten years is to become a bucket list destination for culturally-minded tourists

READ NEXT
Do SMEs Shy Away from Succession Planning? 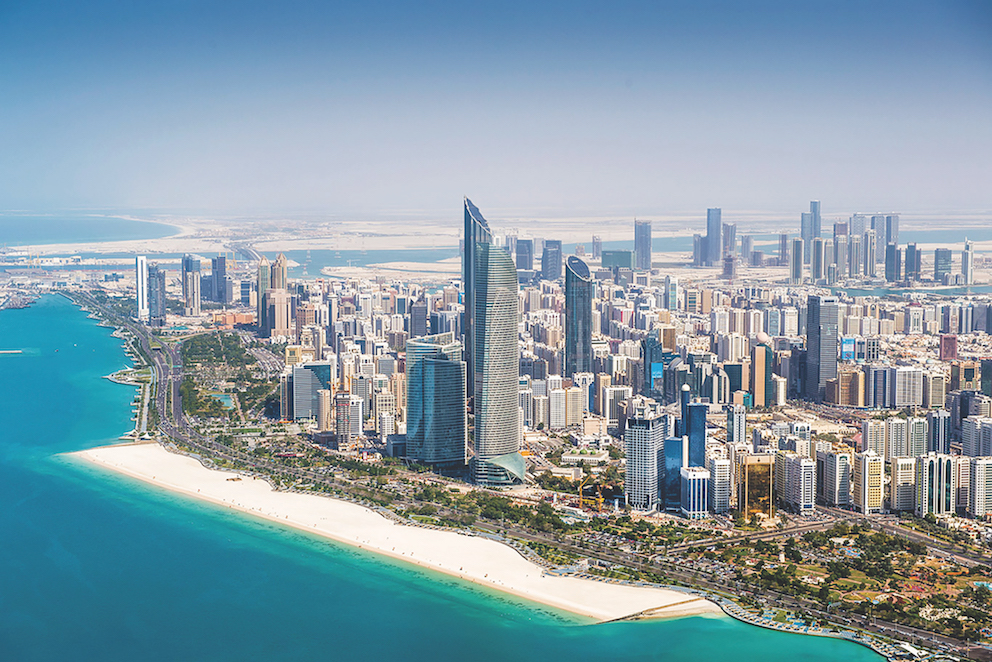 In 2007, the Cultural District of Saadiyat Island was a humble, low-lying piece of reclaimed land off the coast of Abu Dhabi. Ten years and $1 billion later, thanks to the vital manpower of an immigrant workforce, the Louvre Abu Dhabi has landed upon the island. And it’s as otherworldly and ethereal as the artistic renderings promised it would be.

Designed by French architect Jean Nouvel, its 7,500-tonne domed roof with traditional Arabic patterns cut into it allows scattered sunlight into the space below, coined the museum’s “Rain of Light.” In the external courtyard, still pools ripple from the breeze flowing in from the Persian Gulf,  their water lapping at the museum’s white cuboid buildings. Inside, the 55 exhibition rooms house the Louvre Abu Dhabi’s fledgling permanent collection. Currently comprising nearly 130 pieces - including Picasso’s Portrait of a Lady and Leonardo da Vinci’s La Belle Ferronniere - the collection is being showcased in the “Birth of a Museum” exhibition, running from April 22nd until July 20th.

Rather than being an extension of the Paris art institution, the Louvre Abu Dhabi is a museum in its own right. Adopting the brand name of a world-famous attraction is intended to reflect the calibre of the work on display here, and to put Abu Dhabi firmly on the map as a cultural destination to be reckoned with. The same goes for the Guggenheim Abu Dhabi. Borrowing the name of another established cultural brand to represent the quality of its exhibits, the art museum was originally due to open on Saadiyat Island last year (though according to the latest reports, construction is yet to begin). Frank Gehry has modelled its design on Arabic wind towers - a wacky gold and silver structure contrasting with the shimmering serenity of the Louvre Abu Dhabi.

In addition, Saadiyat Island will also gain the Norman-Foster-designed Sheikh Zayed National Museum, which will present exhibitions about Emirati culture. Named after the emirate’s former president, the museum’s five towers will represent the five pillars of Sheikh Zayed’s vision for Abu Dhabi, each one mimicking the shape of a falcon’s wing.

It’s no secret that the emirate’s ambitions to become a pinnacle of global culture are part of its plan to lessen its dependence on oil (which still accounts for roughly 30% of its GDP) and create a more sustainable future. Some cynics from the outside have accused the emirate of “importing” culture for profit. While it’s true that the emirate’s population may not currently have the same established museum-going habits or visible anarchic artistic subcultures as other parts of the globe, it’s rather patronising to suggest that there’s no demand for these things from Abu Dhabi’s people, and that the emirate has no culture of its own to showcase. While the grandeur of the plans for Saadiyat Cultural District are undoubtably designed to attract the attention of the rest of the world, the idea is also to provide a platform for Emirati culture and achievement, to be enjoyed by local people as well as tourists.

stations provide explanations of each one. This is just one example of plans to generate local excitement and cultivate a wider appreciation of the world-class art on residents’ doorstep.

Compared to fun but gaudy Dubai, Abu Dhabi has a more authentic feel. The flourishing wildlife of its mangrove forests, the awe-inspiring beauty of the Sheikh Zayed Grand Mosque and the uniqueness of Al Ain Oasis - the first UNESCO Heritage site in the UAE, offering a glimpse of what the nation looked like before the oil boom changed everything forever - all offer ample reason to visit. Pair these with the gleaming facilities and supreme luxury of its five-star hotels, and you have an extremely attractive location for hosting corporate incentives and events.

As EXPO 2020 in Dubai grows ever closer, neighbouring Abu Dhabi’s hotel already rich hotel stock is experiencing growth. Marriott International will open an Edition hotel (its high design boutique brand) along the waterfront of Al Bateen in the Abu Dhabi Marina; it will have 198 rooms, a “gourmet market”, a pool bar and 900 sqm of meeting and event space. And Jumeirah Hotels, which already has a heavy presence in the UAE, recently announced it will open Al Wathba Desert Resort in September. Set 50km from the centre of Abu Dhabi, it will be a luxurious “quintessential Arabian hotel” with 90 rooms, 13 villas, a conference and meeting space and an off-site desert camp.

Abu Dhabi International Airport is also about to gain a significant extension. Aiming to be “number one in the world in terms of customer service” the eagerly-awaited Midfield Terminal should be ready for operation by the end of 2019. With a striking x-shaped design, the new facility will have 35,000 sqm of retail options, and will be able to handle 84,000 extra passengers per year.

Abu Dhabi has been frequented by business travellers for decades, but its vision for the next ten years is to become a bucket list destination for culturally-minded tourists. If it can continue to carve out its own niche, and deliver on its dazzling plans for attractions, the sky’s the limit.

With a design inspired by the Italian Renaissance, this decadent hotel is within walking distance of the Sheikj Zayed Grand Mosque. It’s home to one of Abu Dhabi’s largest outdoor pools, has two private beaches and the top-floor club lounge offers canal views. Its Southeast Asian restaurant, LiJang, has an open kitchen where you can watch noodles and dim sum being crafted.

Set along a waterway flanked by mangrove forest, this resort has a tranquil feel. Its 220 rooms include the swish Royal Mangrove Suite, with its own private entrance and pool. The Anantara spa is a standout feature with traditional Middle Eastern treatments on offer, while Impressions restaurant is a popular spot for weekend brunch thanks to its vast variety of international food stations.

Opened at the end of last year, this ultra-contemporary property has seven food and beverage options, including a Japanese eatery, a Latin grill and a cigar bar. Its 428 rooms include eight penthouses, two private cinemas, and there’s 4,600 sqm of event space in total. To top it all off, there’s a private beach, two outdoor swimming pools and a spa.

Inspire delegates with a show-round of the new architectural icon. Guided tours can focus on the story of how the museum came to be, or the masterpieces it holds within its walls.

Covering 85,000 sam - including 3,000 sqm of event space - this exciting venue lies in the heart of Abu Dhabi’s desert, surrounded by sand dunes, so delegates can sleep under the stars. Activities such as sand sledding, camel riding and night safaris are all on offer for groups, and there’s a traditional dining hall that can host Bedouin-style meals.

With an 18-hole championship course, a nine-hole academy course and a range of packages for corporate groups, including fun zones and team building activities, Yas Links Abu Dhabi golf academy is a gem, and its plush clubhouse has meeting space for up to 300 delegates.

While there are plenty of slick hotels with gigantic ballrooms to choose from in Abu Dhabi, this five-star downtown hotel is a great choice for intimate events. The al fresco Glo bar is the perfect place for a cocktail reception, while Sambusek restaurant serves delicious Lebanese cuisine in a smart yet understated setting.

Abu Dhabi’s pistol-shaped Formula One circuit regularly hosts corporate groups for test drives of concept cars such as the Chevrolet Camaro, so they can burn rubber down the palm-tree lined racing strip (delegates must bring driving licences for this). Other options include passenger rides in a three-seater dragster, which amps up to 100 km/ph in less than two seconds, or team go-kart races around the North Circuit.