Hurricane Irma battered her way into the history books... causing up to $83 billion of damage across Florida. #MiamiNow initiative campaign... urged tourists to see for themselves that the city was fit and safe for a visit. 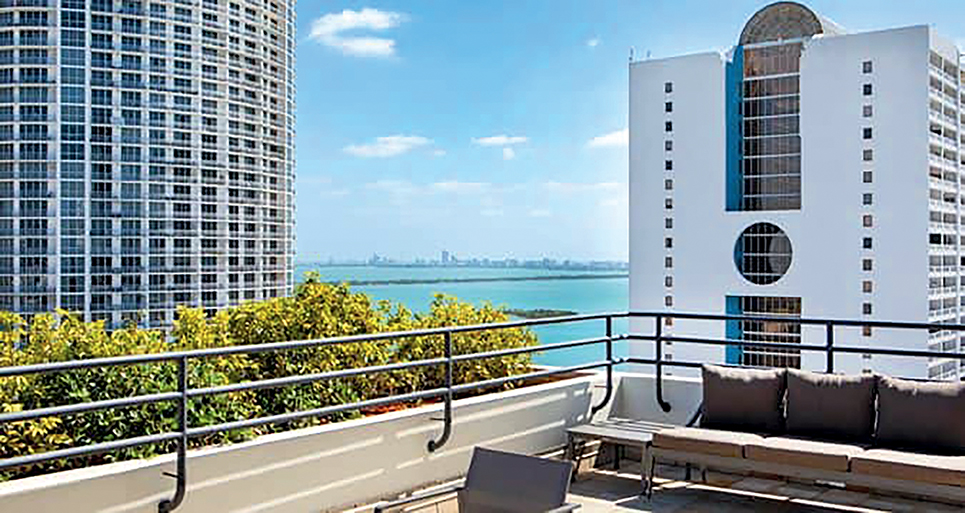 “Every act of creation is first an act of destruction.” This is true for the curvy, candy-coloured architecture of Miami’s South Beach – the largest collection of Art Deco buildings in the world. They wouldn’t actually exist if it weren’t for the Great Miami Hurricane of 1926, which devastated the island of Miami Beach, and caused this beguiling strip to be built from scratch in the style of a snazzy new design movement that was emerging from France at the time.

Last September, carnage returned to Miami. Hurricane Irma battered her way into the history books as one of the most powerful hurricanes on record, devastating the Caribbean, and causing up to $83 billion of damage across Florida. The skyscrapers of downtown Miami and sandy shores of Miami Beach were pummelled by more than a week of ferocious winds that toppled traffic lights and palm trees alike, while roads were transformed into gushing rivers.

A matter of days after Irma had left town, the Greater Miami Convention and Visitors Bureau launched its #MiamiNow initiative. The campaign promoted a series of incredible deals on the city’s hottest hotels, restaurants and attractions. It also urged tourists to view live webcams of Miami’s beaches (seemiamilive.com) see for themselves that the city was fit and safe for a visit.

The bureau’s swift action reflects how crucial leisure and business tourism is to Miami’s economy. And at the beginning of this year, visitor numbers had increased by almost 5% compared to early 2017 – cementing the message that Miami had bounced back after Irma.

Aside from tourism, the Magic City is gaining momentum as a startup hub. Last year, Miami was ranked number one in the US for new startups on the Kauffman Index (which measures the number of new entrepreneurs starting their own businesses). Miami’s party animal image tends to overshadow its innovative side, which creates a challenge for those championing its promising entrepreneurial ecosystem. Another obstacle has been the lack of available local funding to help fledgling companies go the distance (compared nationally to the likes of Silicon Valley). However, this has been improving over the past five years thanks to the philanthropic Knight Foundation, which invested $25 million in 200 startups in the region, and helped to foster several startup events and schemes. Some notable new businesses to emerge in recent years include Kairos (kairos.com) – an artificial intelligence company that specialises in facial recognition and Zudy (zudy.com) – the world’s only software company to offer an app development platform that doesn’t require coding.

Miami’s conditions for entrepreneurs are strong. Plus points include the airport’s excellent flight connectivity, the city’s immigrant-rich population and its thriving financial sector – Brickell district is the third-biggest banking sector in the US, and has even been coined “Wall Street South” by Forbes. The city’s creative scene also has plenty to offer those seeking to establish themselves amongst a community of global trendsetters in art, fashion and cuisine.

Hosting events and company incentives is something Miami does well. Beyond the beach clubs, there are plenty of culturally enriching experiences for corporate groups. In downtown Miami, along with the skyscrapers, there is a distinctly Latino vibe. Since the mass-immigration from Cuba to Miami in the 1960s due to those fleeing from Fidel Castro’s rule, Cuban culture has become an integral part of Miami’s identity. Set along Eighth Street (Calle Ocho) is Little Havana, where a Latin way of life prevails – you’ll see people sitting in cafés, playing dominos and arguing about politics, the sound of salsa music in the air. Food tours of Little Havana can be booked through Miami Culinary Tours (miamiculinarytours.com).

Miami’s hotel stock is ample, and consistently glitzy, with plenty of new options still to come this year. One to watch is the multi-million-dollar renovation of the historic Roy France Art Deco hotel opening any day now under Marriott’s Autograph Collection as the Cadillac Hotel and Beach Club. (cadillachotelmiamibeach.com).

Another eagerly awaited addition is the Miami Beach Convention Centre, which is due to reopen in September following a $625 million renovation. What’s more, the design for an 800-room hotel, connected to the convention centre via footbridge, was recently given initial approval, complete with a roof with water absorption components, to make the building more resilient to the effects of hurricanes and climate change.

Finally, plans to create a Virgin Hyperloop between Miami and Orlando have received the backing from regional departments of transportation. If they ever come to fruition, the high-speed pneumatic rail system would allow tourists to fly into Miami and travel to Disney World in less than half an hour. And Miami’s port, which welcomes the most number of cruise passengers in the world, would also benefit by the super-speedy link for transporting both cruise passengers and goods throughout Florida. It’s early days, but an exciting prospect nonetheless.

Miami’s hedonistic streak will always be a strong part of its identity. At the same time, its focused approach to retaining tourism through tough times and cultivating an internationally renowned startup scene proves that it also means serious business.

Still fresh from its $35 million renovation, this contemporary hotel overlooking Biscayne Bay has 527 rooms and 4,180 sqm of event space. hilton.com

A short stroll from both the island’s botanical gardens and its striking Holocaust Memorial, this MBCC completes its renovation in September, with a new 5,574 sqm ballroom. miamibeachconvention.com

This 615-room Brickell district property is directly connected to the multi-purpose James L Knight International Centre, which has riverfront exhibition space and a 444-seat auditorium. hyatt.com

A matter of minutes from Miami International Airport, this practical hotel is adjoined to the local convention centre – with 16,000 sqm of meeting space – as well as a mall. doubletree3.hilton.com/

This sleek downtown property is well set-up for conferences, with 35 meeting spaces that can hold up to 3000 guests. It also has a rooftop pool. icmiamihotel.com

For something a little different, this imaginative museum with colourful interactive installations is designed to “inspire human emotion and creativity.” museumoficecream.com