The City of Guildford?

If you’re a small business and you know you are in the supply chain of a levy payer, talk to them about taking on an apprentice because they can pass on their 10%

READ NEXT
A word from the CEO 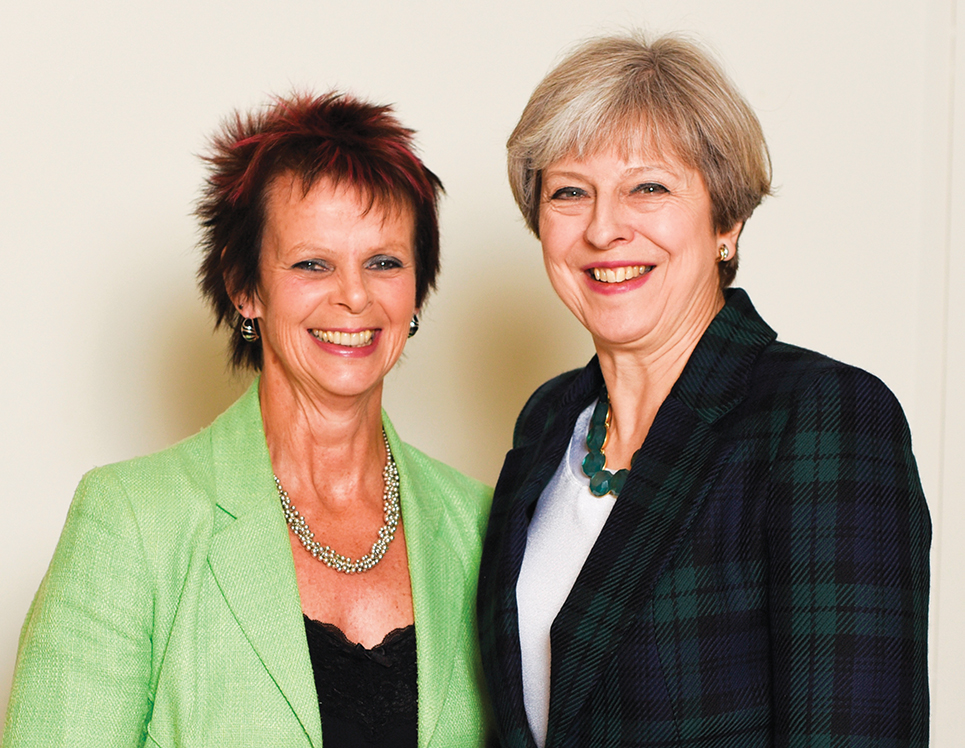 Not only has Anne Milton been Guildford’s Conservative MP since 2005, but she is also the current Minister of State for Skills and Education. There’s no doubt Anne Milton is passionate, especially when it comes to education and apprenticeships.

Beginning her career as a nurse and then moving into politics after 25 years in the NHS, Anne was appointed to the Health Select Committee, serving until December 2006, following her appointment as Shadow Minister for Tourism.

In the summer of 2007 David Cameron appointed her Shadow Minister for Health. Between 2010 and 2012 she served as a Parliamentary Under-Secretary of State (Public Health), Department of Health and was appointed to the government as a whip with responsibility for HM Treasury and HM Household. She also served as Parliamentary Under Secretary of State (Minister for Women) before becoming the current minister of State for Skills and Education.

At a time of real change for the UK, resignations of ministers, reappointing of ministers and, of course, Brexit, it is key to find out not only the government’s plans but the businesses too. Businesses in the UK are beginning to face skills shortages leading to employment issues, and the impending fear of Brexit is not helping business stability. British businesses need to feel stronger than ever, especially when thinking about growth but one thing to tackle this is hiring an apprentice.

What do you think the Government should do to change the perception of apprentices/apprenticeships?

It’s changing, that’s the most important thing, and I think the Apprenticeship Levy makes a big difference to how organisations (the levy payers in particular) view apprenticeships. The positive side is that potentially any retail or hospitality outlet that has casual staff working on tills/receptions, can now say that they have apprenticeships available for them.

For older people, or those young people who leave school with A-Levels but maybe don’t necessarily get the grades for university, it gives them a second chance to do something that can actually build up a career. For women I think it’s a particular issue that about 89% of the people that take time off work for caring responsibilities are women. Going back into the workplace they might not want to return to their old job because of the hours. They often take a job locally, the organisation itself then becomes really positive, because you are recruiting locally. Apprentices feel very loyal to these organisations and it’s a win-win all round.

How do you let businesses know that this is a fantastic opportunity for them?

We use the chambers, we use the FSB (Federation of Small Businesses) and we use trade organisations. The apprenticeship reforms only came in just over a year ago, but they’re bedding in.

We’re looking at when we move small employers onto the apprenticeship system and we are working with non levy payers, so we can make sure the system works for them. The important thing to note is that levy payers can now pass on 10% of their levy to other employers. So if you’re a small business and you know you are in the supply chain of a levy payer, talk to them about taking on an apprentice because they can pass on their 10%.

For a lot of Chamber members who have not been levy payers, it’s a bit of shift for them and at the moment they are not on the apprenticeship system. Small businesses don’t realise the opportunity it gives them; apprentices bring enthusiasm, passion and new ideas, and it’s the new ideas I think are really important.  So the next stage is watching organisations weave apprenticeships into their workforce planning, which is a really positive thing.

Where can businesses find case studies of this fantastic work happening?

There is the apprenticeship network, YAAN (young apprenticeship ambassador network), which is for apprentices who work in a network on a regional basis. If businesses want an apprentice, these networks are a good place to start. The national apprenticeship service will certainly help an employer who is struggling with the system, and they will also provide support for any events businesses run. Another way for a small employer to get into it is simply researching ‘find an apprenticeship’, you can see what is being offered in the local area and what wages businesses are paying.

How do you think Brexit will change things locally in Surrey?

Until we’ve got a deal we don’t know, that’s the bottom line. I’m very mindful that if I look at Surrey over 95% of businesses are SME’s, and they probably don’t have good access to government, so we are very mindful of those smaller businesses.

What matters to me as a constituency MP is that those concerns are heard. The apprenticeship system is one way of filling the skills gap and, with or without Brexit, we have a skills gap.

Locally it’s not just about higher skilled workers. The University of Surrey and the Research Park are high skill, high tech and industry but it’s also the lower skilled workers that are important to Guildford and the county, particularly in the high streets and the hospitality sector. The apprenticeship system is one way to work around that.

Brexit will change things, but how much it changes them depends on the kind of deal
we get, businesses want to carry on as seamlessly as possible. So it’s simply a balance between seamless trade and what has to be given up to achieve that. It depends how far that rulebook goes. The trouble is if you read

the government headlines it tells about 10% of the story, there’s another 90% that sits below.

One should be prepared, be mindful and watchful, think about the options that are out there. Businesses are holding back, they are making less investments until they know what the future is going to hold. For businesses certainty is very important and they need certainty.

In this job I have dealt with businesses more than any other time in my life, I do a lot of round tables with businesses of varying sizes, they are remarkable about how they adapt, businesses are incredibly flexible, incredibly agile, they will adapt. We just need to know.

How do you find being a female in a political environment?

I think being a women in the political environment is great. Women tend to conduct themselves differently from men, it’s not better it’s just different. I think women are instinctively more consensual, they look for compromise rather than confrontation so that would be the big difference.

Therefore, as a women the opportunities are great, because in an environment where not many people are looking for compromise or consensus, women come in and look for those two things and people welcome that. For any woman, in a very male-dominated environment it’s quite tough, it can be lonely. There are very few women to mentor each other and I think mentoring is quite important, you need to know how to get over the hurdles and how you should mould yourself to succeed.

Is there much flexibility for women in politics?

I think it’s a lot about measures of success, men generally have two main measures of success; what job they do and how much they get paid. Women have multiple measures of success, so they judge themselves on a number of things. For a lot of women it will be being relatively successful in a career that is part time, not salary-related or position-related. Managing that career alongside bringing up children, baking a cake for a school sale, and keeping their house clean.  So women might have three or four measures of success.

For businesses now we have gender pay gap reporting, you don’t have to be over the threshold of 250 employee’s to report your gender pay gap. The whole point about gender pay gap reporting was not to point the finger, it’s the first step in changing how business operates. It’s a way of declaring. Depending on your pay gap, the next stage is the plans put in place to reduce that. The way you reduce it is to build your pipeline.

What’s your favourite thing about Guildford and do you think it should be a city?

It’s a busy lively town, it has easy access to both the countryside and to London. Those are my most favourite things. It’s a fabulous place to live and work; great town, great access and great villages around it. It really has got a bit of everything.

I think we ought to consider city status, because we have a cathedral and a university, and there are some benefits of doing so.

In Surrey we have some fantastic businesses, do you enjoy working with local business?

What are your views on the Heathrow Expansion and also potential Gatwick expansion?

I live in Guildford and I sit equidistant (in terms of travel time) from both Heathrow and Gatwick. We need more airport space, that’s for sure. We have to have airport expansion and you could argue that we are very late in the day doing this. It’s key for exporting and a great creator of jobs.