Policing the community this summer

READ NEXT
Focus on Epsom 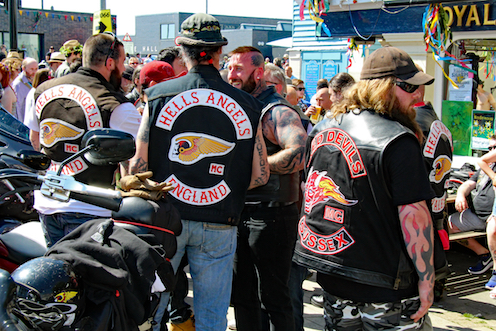 Policing big events is part and parcel of what forces up and down the country do on a regular basis from football matches and concerts through to VIP visits.

Here in Surrey we annually have the Epsom Derby festival which attracts tens of thousands of people over the two day meeting and have well-rehearsed plans in place for policing it.

However this year, the Derby coincided with a number of high profile events across both Surrey and Sussex which meant Surrey Police faced an unprecedented demand on their resources.

That included a particularly unique challenge with around 3,000 motorcyclists gathering in the county and neighbouring areas for the 2019 Hells Angels Euro Run over the space of a week to celebrate the 50th anniversary of the organisation in the UK.

In addition, the Kemptown Carnival took place in Brighton attracting in the region of 30,000 people to the city while business as usual policing was also busy with the warm weather and the Champions League final between two English teams taking place on the Saturday evening.

Surrey and Sussex Police already work closely together and collaborate on a number of shared policing functions. The combination of these events meant we had hundreds of thousands of visitors to the two counties from elsewhere in the UK and abroad attending the events in both counties which required detailed planning and co-ordination between the two forces.

I am pleased to say the policing operation was a success across the board and all events passed off peacefully with minimum disruption caused to our local residents.

The Hells Angels Euro Run was unusual in the sense that we have never had to police such an event before in Surrey. Although I sought legal advice around the staging of such a gathering, there was no legal basis in which the police could prevent it from taking place in the county.

Those attending gathered at hotels on the Surrey/Sussex border during the week which culminated with a private party at a venue in Surrey on the Friday night before a ride out from Pease Pottage to Brighton and back on Saturday afternoon.

We may have seen in the media that officers made a number of arrests in connection with the event and stop and search powers were used to successfully confiscate offensive weapons and drugs.

I attended a number of operational briefings in the lead up and saw first-hand the huge amount of planning that has taken place over the last few months to ensure it was a safe and enjoyable time for visitors and residents alike.

It was a real team effort with mutual aid provided from other forces and close liaison with the National Crime Agency and Border Force UK together with law enforcement agencies from Europe and beyond.

The impact on the men and women that police our county should not be underestimated and I would particularly like to pay tribute to all those officers and staff who had their rest days or annual leave cancelled.

Whether they were directly involved in the policing of these events or were dealing with the usual everyday business of keeping our county safe – their commitment and professionalism remains a credit to the residents they serve.

16 How Semmco won the Queen's Award for Enterprise

Interview with Semmco's MD Stuart McOnie on their recent win and how they will celebrate as a business ...

More than the home of the Derby, this borough is a great place to live and work ...