Protect your premises from those pesky birds

READ NEXT
Should you choose a charity of the year? 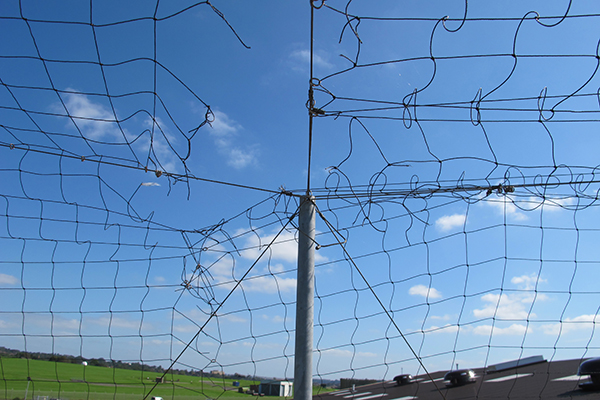 With Spring on the way, now is the time to make sure your property is protected from nesting birds.

As the days get warmer, birds will start to look for places to settle such as outside ledges and exposed pipework. Their droppings will then collect on the floor below causing an unsightly, dangerously slippery mess.

There are many techniques available to professional pest controllers such as netting, bird free gel, sprung wire systems and bird spike repellents. Or, for natural bird control, Harris Hawks are the ideal solution.

Cleankill Pest Control recommends that any company with netting installed should have a maintenance contract to ensure it remains in good order and that there is no risk of birds becoming entangled.

Certainly netting checking should be done before the nesting season starts. Also checking that bird spikes are intact as wet weather followed by frosts, or maintenance work on the exterior of buildings, and window cleaners, can dislodge spike systems.

If a gap in the netting goes unnoticed and a pair of pigeons gets through and into a roof space in a matter of months there can be many birds living there and the floor will soon be covered with fouling up to a foot deep.

Part of the problem is the increase in the number of broods each pigeon pair is now having: Twenty years ago pigeons would have two or three broods a year, but now we are more likely to see four or five. This has led to a massive increase in the pigeon population which has been exacerbated by people feeding them and attracting them into town squares where they are fouling on pavements and buildings.

Pigeons, or ‘flying rats’, carry diseases and nearly all pigeons carry bird mites – a tiny insect that feeds off the bird and makes humans itch and scratch. Pigeon fouling and nesting materials also provide a home for many other insects such as clothes moths, carpet beetle and mealworm beetles and pigeon excrement.  When the fouling is dry it creates airborne bacteria affecting anybody that may be susceptible to asthma and other breathing difficulties.

Cleankill offers a specialist bird control service, from the initial survey and specification through to the final proofing solution. As registered waste carriers, Cleankill can carry out full-scale removal of bird fouling, as well as contaminated goods and furniture, from infested properties.

23 Protect your data and your brand

One of the biggest business stories of 2020 so far was the attack on Travelex’s network. The company’s website and its...

23 Sharing the benefits of airport growth

As Gatwick prepares to launch a public consultation on its growth plans, the airport has been speaking to businesses and business groups...

23 The future of medicine

Surrey Research Park was awarded The Chamber Member of the Year Award at the Surrey Business Awards 2019 in recognition of the Research...