READ NEXT
Business Tradeshows With A Twist 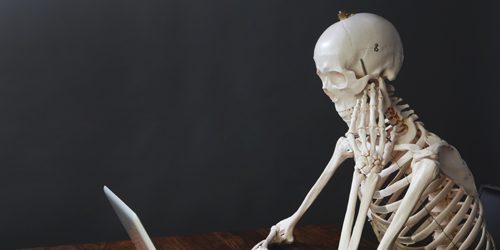 In 2016, amidst a flurry of celebrity deaths, the mortality rate in the UK increased by 5.4%, its highest rise for nearly 50 years. As a direct result, there is a greater risk that your direct marketing, either by email or post, may be going to a person who has passed away.

It is important to keep up to date with ‘deceased supression’ i.e. the process where your data is vigorously checked to ensure that those who have passed away are no longer on your lists.

The number of pieces of direct mail sent to deceased people annually is set to cross the 200 million mark for the first time in 2017. On average, 80 mailing pieces are sent within the first year to the deceased individual. It is a costly exercise, especially if you are using direct mail, but the human cost may be even higher.

It is a waste of money and time, but this is insignificant compared to the emotional distress that can be caused when someone receives mail or email for a family member or spouse who has recently passed away. It can act as a painful reminder of the loss of a loved one. It also gives the impression that you have no interest in your customers if you do not know if they are dead or alive. The negative PR and brand damage may far outweigh the benefits of the marketing campaign.

Surveys reveal that the two thirds of consumers would boycott a company if they received a piece of direct mail in the name of a loved one that has passed away.

John Mitchison, head of preference services, compliance & legal at the Direct Marketing Association (DMA), says that marketers should be checking their customer database’s regularly to ensure they are up-to-date.

He says, “The solution is to ensure marketers are using sources available totem to easily check their customer records, for example by using deceased lists or the Mailing Preference Service.”

Although the idea of mailing to a person who has passed away is the worst scenario, there is a huge level of wasted time, money and effort spent mailing people who have moved home or businesses who have changed location.

Direct mail is still a massively powerful tool if it is done right. The perception that this is an old-fashioned method that has had its day was demolished when a leading American charity decided to ditch is direct mail campaigns. Susannah Birkwood, writing for Fundraising Week reported: “The American Cancer Society’s income from new donors fell by $11.3m (£7m) after the charity suspended its direct mail acquisition programme in 2013.

“The cancer charity said at a conference that its new-donor numbers also fell by 11 per cent over the course of year. They estimated that the charity would have lost $29.5m (£19m) in new-donor income if the ACS had continued without a direct mail programme over a five-year period and said the negative impact on planned gifts had not yet been determined, but was likely to be noticeable because direct mail-acquired donors had contributed $51m (£33m) to planned giving between 2002 and 2012.”

Direct marketing is still a vital tool, but it only works if the data is clean, relevant and targeted.

Now is the best time to have your data analysed, purged and cleansed in order to take ensure your Return on Investment in direct mail campaigns is maximised.

Next issue I will explain how we cleanse our data and ensure that a marketing campaign is properly targeted.