Nimby? You Should Be Ashamed Of Yourself…

READ NEXT
Shake Hands In… Vietnam 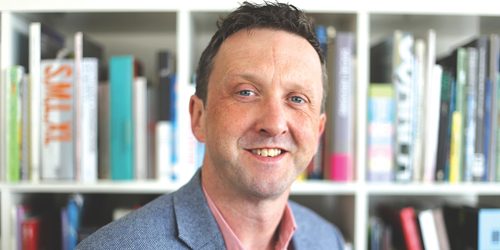 The UK is in the grips of a massive housing crisis as we simply haven’t built enough homes for years. Current estimates are that we need 300,000 built per year. You might not think that sounds much for the whole of the country but at the top of the most recent housing boom in 2007, we still only built around 200,000 homes. Last year according to government figures we built 168,000 homes putting us massively behind achieving those targets.

What is already very clear in the UK, is that we are moving further and further into a rental market as home ownership becomes increasingly difficult for the younger generations. Looking at the various generations and their opportunities for home ownership, it is clear we have a growing problem. Generation X (born between 1961 and 1980) are seen as the last band on the housing ladder. Whereas both Generation Y (born between 1981 to 1995) and Generation Z (post 1995) will predominantly be renters unless the bank of mum and dad help out.

Even building 300,000 homes a year won’t necessarily increase homeownership as those additional homes are just to satisfy need, which is both through ownership but more increasingly for rental.

The government is beginning to react to the growing problem and earlier this year launched a starter home programme, as well as announcing a series of new garden towns due to be built. Then in February the Housing White Paper was launched intending to accelerate the building of new homes. I’m still sceptical we will achieve the required goal of 300,000 homes a year but hopefully it will get house building moving at a much faster rate.

The White Paper has taken a multi-pronged approach to the issue, which is undoubtedly the only route they could take with the massive increase needed in new homes. A lot of the new initiatives will impact all of our cities, towns, villages and communities, and will be evident to all of us.

Good news for everyone is that there are many improvements to the planning system that are all intended to speed up the decision making process. We should feel the benefit of this through all planning applications, from large developments right through to small extensions to homes. Currently planning departments are under-resourced so planning fees are also to be increased so that more staff can be taken on.

All councils will now have real housing targets that they will have to demonstrate they are achieving through a housing test. If the delivery of new homes falls below 25% of the housing requirement, then there will be an automatic presumption in favour of sustainable development for all new planning applications. There is real prospect that if we don’t all support planning applications for new homes now, then developers will take advantage of the presumption in favour of sustainable development, and target towns and cities where the housing target isn’t met.

Another interesting initiative in the paper is the reduction in planning permission duration, currently consents have had a time limit of three years but this will shortly be reduced to two years in order to get house building underway quicker.

Developers are also being encouraged to build denser schemes to really get as many homes as they can on a site. I’m always supportive of increasing densification providing that the quality of life for the occupier is a key driver of the design. Sadly I suspect that there will be many homes built in the future that will follow some of the bad lessons of the post-war housing boom and lead to homes with a short life.

Finally, the most interesting part for us as architects is the initiative to grant quicker planning consents for housing schemes that can be built quickly. Modular housing and accelerated builds are something we have been researching over the last few years, as we’ve felt that the traditional method of building homes has become outdated. Lots of the major developers are moving in the same direction, this is partly because speed is financially efficient but also because we have lost so many of our traditional craftspeople in this country.

Our own research has led to designs for standardised modular house-types that we intend to build, with the first one starting this summer. As with many of the systems now available, the houses will be predominantly constructed in a factory and then assembled and completed on site.

I began with a deliberately provocative headline, but there is a clear requirement for all of us to do our bit in helping our younger generations have their own homes - whether through ownership or rent. Over the next few years we will all be challenged by new developments in our villages, towns and cities that we may not be completely be supportive of, but we have to see that new homes are a positive initiative and need our support.