The Governess of the Bank of England? 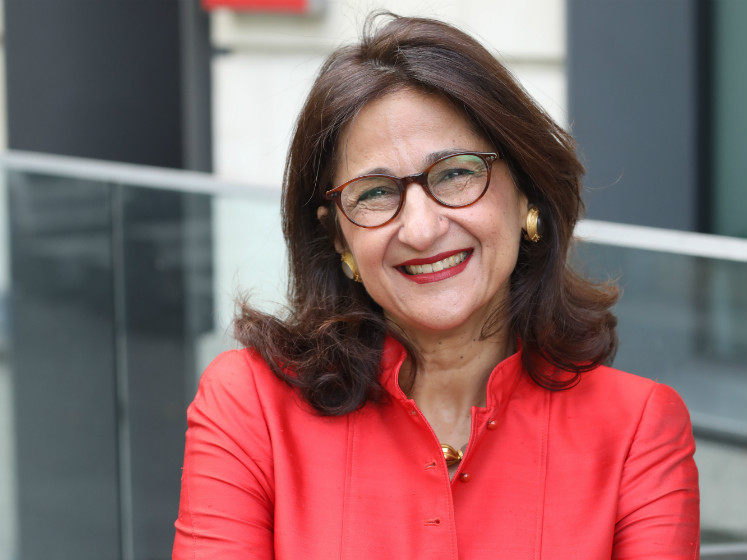 As Mark Carney's run at the Bank of England draws to a close, attention is drawn to who will succeed him as Governor. It is a crucial decision as the Bank of England will be relied on to steady the ship in turbulent post-Brexit Britain (assuming it ever happens).

The Londoner column in the Evening Standard is sticking its neck out and predicting a female Governor. The reason for this forecast is the fact that The Treasury has appointed specialist recruiters, Sapphire Partners, which specialises in placing women in top executive positions.

So who's in the frame?

The chairman of Santander’s UK arm has experience in banking and politics, and has been described as a ‘force of nature’.

She was one of Gordon Brown’s most trusted advisors when the banking crisis sent shockwaves through the global economy, and her direct style was essential when urgent action was required.

She was never worried about upsetting fragile egos and she was dubbed ‘The Shriek’ at Whitehall due to her famous angry outbursts.

According to thisismoney.co.uk, “During her ten years in government, Shriti terrified junior staff, reduced experienced civil servants to nervous wrecks and even tore strips off a quivering Tony Blair.

“True, she could be a handful. But speak to any of the senior figures involved in the banking crisis, and they'll tell you the bawling Baroness was one the few people in government who actually got things done.

“Asked how he kept nuisance bankers in line, former chancellor Alistair Darling explained: 'You put them in a room with Shriti and lock the doors for a couple of hours.’"

Alistair Darling also recalled: “She appears to believe that unless there is blood on the carpet, preferably that of her own colleagues, then she has not done her job.”

She made her can-do reputation during her career in the city at UBS Warburg.

She is also a director at BHP Billiton and Astrazeneca.

During her extensive career, Minouche was the youngest ever vice-president of the World Bank at just 36 and became Deputy Governor of the Bank of England in 2014. In this role, she sat on all of the Bank’s major policy committees and led the Fair and Effective Markets Review.

Minouche currently serves as a Trustee of the British Museum, the Council of the Institute for Fiscal Studies, Governor of the National Institute for Economic and Social Research, and is Honorary Fellow of St. Antony's College Oxford.  She was made a Dame Commander of the British Empire in the Queen's New Year's Honours list in 2015.

The Egyptian-born director of the London School of Economics had a two-and-a-half year stint as a deputy governor of the Bank, so knows her way around. Armed with an Oxford doctorate, she became the youngest ever vice-president of the World Bank at just 36 and has extensive experience in Whitehall as a permanent secretary in the Department for International Development.

When Shafik was deputy managing director of the IMF, her then chief Christine Lagarde described her as “candid, loyal and a superb leader”.

Sharon White took over as chief executive of telecoms regulator Ofcom in March 2015 after spending two years as the second permanent secretary at HM Treasury, the first black person, and the second woman, to hold the position.

Prior to working with the Treasury, White had board level positions at the Ministry of Justice and the Department for International Development and was a civil service adviser at the Prime Minister's Policy Unit.

At Ofcom she has advocated the setting up of a British Netflix style operation, calling on UK public service broadcasters such as iPlayer, ITV Hub, All 4 and My5 to form a combined catch-up service to rival the likes of Netflix and Amazon Prime.

She says: “Ofcom has been encouraging UK broadcasters to collaborate to compete and harness the power of technology to capture the audiences who have moved online.”