Michelle Mone's Fight to the Top

It is a British disease where a ‘rags to riches’ story featuring a woman who makes it in business is seen worthy of brickbats rather than plaudits.

READ NEXT
Manufacturers and their profitability 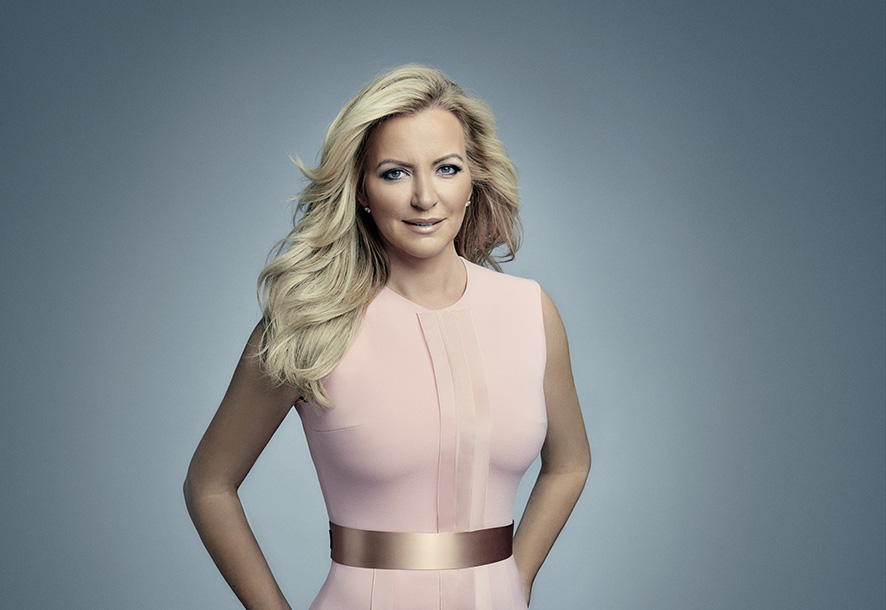 Now one of the UK’s most successful female entrepreneurs and innovators, a life peer and an inspiration to many aspiring businesswomen, Baroness Mone of Mayfair OBE has never had success handed on a plate. Tellingly, her autobiography was entitled ‘My Fight to the Top”. She has overcome overwhelming obstacles and often faced unprovoked and vitriolic criticism, which in the UK seems to be reserved for people who show any ambition. But she has battled on throughout, drawing on the inspiration of her family and the experiences of her childhood living in the East End of Glasgow.

When Michelle Mone attended a dinner dance in 1996, she could never have dreamt that she would one day create an international brand adorned by supermodels, become a Baroness or be awarded an OBE for outstanding contribution to business. Instead, she was preoccupied by the fact the cleavage-enhancing bra she had chosen to wear that evening was so damn uncomfortable. Surely, she thought, I can design a bra better than this.

We all find niggles in our daily lives but very few of us actually do anything about it. Michelle is different. She read about a revolutionary new silicone product whilst on holiday on Florida,  contacted the company and won the European licence to use the product to pad uplifting bras. When Michelle declared she was going to design a revolutionary new bra, the response was mostly sceptical: “When I presented my ideas, all I got was ‘No you can’t. You can’t have straps this size. The cups can’t be this size.’ Not good enough. If you have an idea that you’re passionate about you can’t give up.”

The bra company she built, Ultimo, became a global hit, and the success can be attributed to several reasons.

Firstly Michelle is a very talented designer, who created a product women actually wanted to wear.

Secondly, she is a supreme marketer. She proudly boasts, “We got £1 billion worth of publicity without spending a penny.”

The Observer’s Carole Cadwalladr noted back in 2010: “There’s never been any acknowledgement of Mone’s most brilliant insight. Which is this: take photos of celebrities in their underwear, and newspapers will print them.

“It’s genius. Every six months or so, Mone gives them a new celebrity: Penny Lancaster, Rachel Hunter, Helena Christensen, Mel B, Kelly Brook, Peaches Geldof, posing in a pair of knickers and bra, and buys herself priceless free advertising.”

Then Michelle befriended Hollywood stylists and bombarded them with her bras, and it paid off. When Julia Roberts put in an Oscar-winning performance in Erin Brockovich, people wanted to know what she was wearing to get such an impressive cleavage. Of course, it was an Ultimo bra. The third, and most important, reason is Michelle’s burning drive and determination. “I have never had doubts about anything I ever do,” says Michelle. “To be in business there are a few things you have to have. You never give up. You work the hardest you can work. You play the hardest you can play. You give something back. And you have attention to detail. If you tell me something, and we meet years later I will remember.

“I got my determination from growing up in Glasgow’s East End. There was no way other than working hard. My granddad had three jobs, my great grandad the same, my dad had a few jobs, my mum had three jobs.”

Lack of qualifications was no barrier for Michelle – she managed to get a job with Labatt Brewing Company. Within two years she was the company’s Head of Marketing for Scotland. Typically, she attributes her promotion to sheer hard work.

From humble beginnings, Ultimo’s success meant that Michelle Mone became one of the best known businesswomen across the globe. They were heady days, but the Ultimo journey took its toll. The workload was relentless. The story goes that she went into labour with her third child during a board meeting and resumed the meeting four days later.

When Michelle looks back, the memories are bitter-sweet: “Some people think I make it up when I talk about what went on there. We were up against the biggest brands in the world and I was working with my ex-husband. There were lots of amazing times but there were also dark, lonely, horrible and depressing times.

“I was really depressed when I sold Ultimo, my baby, in 2014 and I still miss it to this day, but I had had enough of it. The business had really affected me and I had battles with my fitness and my weight.

“I worried so much, but it was the worry that drove me to get out of bed in the morning and make things happen. Most nights I slept less than five hours, as I’d be looking after the Australian and American business, there my kids were running around in the background. It was
the fear in me that made me who I am now today. I’d have the fear when the banks were calling in. The business almost ruined my life and it sucked me in.”

Now I am calm and I don’t feel I have anything to prove, other than being a loving partner to my future husband Doug and looking after my mum, dad and my kids. I feel privileged that all the work has finally paid off and I can enjoy life.”

One of the highlights of the Ultimo adventure was the relationship Michelle built up with Prince Charles. Michelle received a £5,000 grant from the Princes Trust when she was 24, an investment which was so important at the time. The Princes Trust has been close to her heart ever since. Michelle reveals that Prince Charles has watched her grow and sell the business. She later joined the board for 12 years and says, “I always loved meeting him as we always have a laugh. By coincidence, my husband-to-be Doug Barrowman is also a long-term supporter. In fact, he has just given the Princes Trust quite a big donation to open up a centre in Manchester. He was working with them before we met.”

Her passion for mentor-ing and helping new entrepreneurs led to the award of her OBE in 2010, and in 2016 the government appointed her as a Tsar to carry out a review into how best to encourage start-ups in areas of high unemployment.

In 2015 she became The Right Honourable Baroness Mone, OBE. She is the first to admit she does not attend every debate: “I go there for all the serious debates. I won’t be full-time as a Baroness until I retire, but I made this very clear from the outset. I am still an entrepreneur.

I get the opportunity to campaign on things I am passionate about such as women’s issues, healthy eating and business matters.”

Her attendance record has prompted criticisms but this is water off a duck’s back for Michelle. The amount of flak she has attracted is hard to fathom. She has been accused of selling out her background and the trolls have often criticised her appearance. She campaigned for Scotland to stay in the United Kingdom which prompted accusations of betrayal. She angered some when she switched religion to marry her first husband. Earlier this year, when her daughter featured in a programme called Born Famous, where she sampled life in the same East End district where her mum grew up, it was vilified as ‘Poverty Porn’ before it even aired (it was actually uplifting TV). It is a British disease where a ‘rags to riches’ story featuring a woman who makes it in business is seen worthy of brickbats rather than plaudits.

Michelle sighs, “I am used to criticism, but I don’t understand it. You wouldn’t get this in America. I’m no beauty queen, and I have plenty of issues about my looks, but when you are slightly glamorous you are going to get more attention, good or bad, than other people.

“I was one of the main people heading up the campaign to keep the union together in the independence referendum. They say when you get involved in politics, football or religion, you are going to get slaughtered, and oh my god, have I been slaughtered.

“The more criticism I get, the stronger and more determined I become. They crash me to the ground and I get up, dust myself down and I’ll fly even higher than I flew before. I have rhino
skin now!

“As long as your family and your friends know who you are as a person, then it doesn’t matter what strangers think of you. I say you’re the saddo, not me!

“I wasn’t born with a silver spoon in my mouth. I don’t criticise those who have been - after all, that will be my kids now! I couldn’t believe the amount of criticism and hurt my daughter Bethany, who is just 19, went through because of these idiots who give their opinion before they get the facts. It shows how stupid they are.

“Born Famous is an excellent show. It promotes where I was brought up
and shows how amazing the people are. They are hardworking, great down to earth people who have a dream and it’s about how we can help fulfil their dreams. The last thing I will ever do in my whole life is embarrass the people from the East End of Glasgow. I am so proud of where I am from. How dare they!”

Michelle works on businesses in a wide range of sectors.
Her QVC business is the number one designer jewellery collection on the channel and it turns over tens of millions. She is launching a blockchain venture capital company in partnership with Steve Wozniak, the co-founder of Apple. She sits on boards of tech companies, speaks at events across the world and is a Parliamentarian.

And, going back to where it all began, she has a new bra invention: “I can’t reveal too much at this time but my innovation should change every woman’s bra around the world. I am so frustrated that the industry hasn’t moved on and innovated. If this comes off it will be phenomenal. I have not been able to do this until recently as my contract with the Ultimo sale included four years in which I cannot work in the industry.”

More than anything she is having fun: “I had no time off when I was young. Now I am very busy but I make sure I enjoy what I am doing. And I am getting married. Doug and I are both entrepreneurs; we think in the same way.
We both understand each other and I never thought I would have that. I certainly didn’t expect to find another entrepreneur who I could connect with, especially one who is also from Glasgow!

“We want to give back to others and to mentor entrepreneurs. My personal life comes first now, I want an amazing life for me and Doug and an incredible wedding.”

After the years of struggle, this is the least that Michelle deserves.