School's out for sexism

READ NEXT
Bringing the kids to work 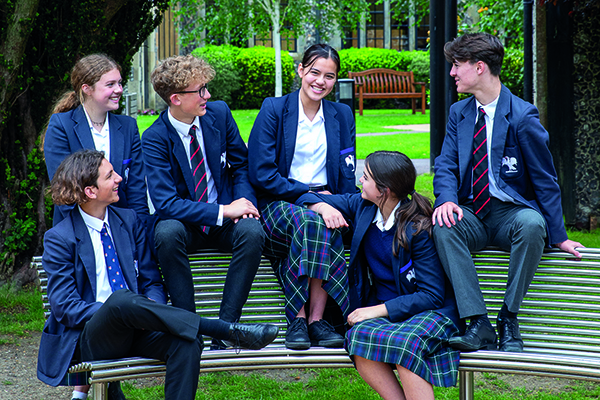 Hurstpierpoint College had just started a transition from a boy’s schools to a co-educational school when Tim Manly took over as Headmaster in 2005. There are now equal numbers of boys and girls at the school, and the staff room has undergone a similar transformation. For Tim Manly this is a wholly positive evolution.

How has Hurst College changed with the move to a fully co-educational school?
When I arrived, the school had about 30% girls, and now it is 50%, and the common room has changed alongside the change in pupils. I wouldn’t necessarily have described Hurst as being a pioneering school 15 years ago, but now it is very forward-thinking. We have many very strong women, as excellent role models, around the place. What is interesting is that we have more girls than boys going to university, and more girls than boys entering the professions.

Do you find that there is still a shortage of girls studying STEM subjects
This generation are less aware of sexism. If you suggested to a girl here that she couldn’t do something, she’d look at you perplexed as she wouldn’t understand why. Quite rightly. Many of the STEM subjects have women as heads of departments. We do have more girls doing Art or English but it’s now a very close-run thing.

If I have a concern it is that English, the Arts and Humanities are being squeezed by both boys and girls. We have seen a massive shift to facilitating subjects like Maths and Science. Students are piling into these subjects and it is not always the right decision. I do believe that if you take Maths at A-level, you need to be a mathematician.

Does education offer a level playing field in terms of careers?
Unfortunately, it does still seem to be more usual for mothers rather than fathers to take time out as parents or to take the role as primary carer. As a result, opportunities for women are possibly structurally greater in teaching as you are working to a school year, and the holidays coincide, though this is not to discount the childcare issues during term time. But it is probably more straightforward to be the primary carer for children in an environment where you are on the same rhythm as your child’s school, than if you are having to jet off round the world or adhere to strict hours.

There are maternity issues with taking time out, and by the age of 35 or so there could be situations where a male has spent more time in the school than a female of the same age (the so-called, motherhood penalty). But in general, teaching is a good profession which looks to promote on the basis of quality rather than just time served. You are in a culture where people are quite liberal and understanding.

I think things have shifted hugely. There are several generations of women who have been through university and have embarked on careers, so now we should be in the position where more women are directors or in leadership positions.

Women who are ambitious to succeed do make rapid progress. Many, a majority even, of heads of departments at Hurst are women. There are more and more women in the higher echelons of education and it’s not the issue it was 10 or 20 years ago. Now it is egalitarian. You don’t become a head of department because of how long you’ve been here - you have to be right for the job. I am always gender and age blind when it comes to recruiting.

Our common room was predominantly male when I started here and now it is half and half, or if anything more women.