I dread to think what the rise in race-hate crimes means, and where it might lead

READ NEXT
Crack it in business 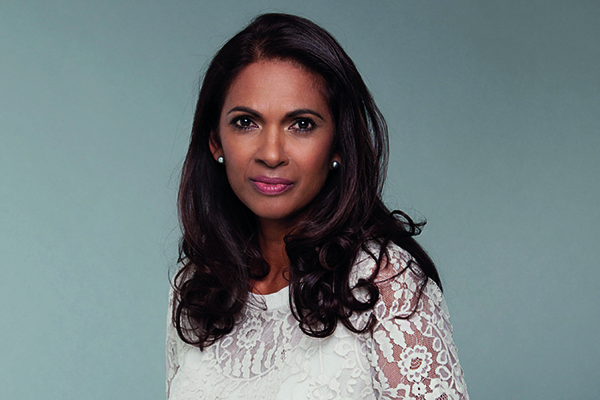 Brexit and the subsequent Parliamentary paralysis divided our nation and unleashed shocking levels of pent-up rage and vitriol. Few were subject to as much abuse as the successful businesswoman Gina Miller, who led a legal challenge against the government to ensure that Parliament was not bypassed in the process of leaving the European Union.

Miller has always been a committed Remainer and her vociferous critics castigated her for being motivated by stopping Brexit at any cost. But this misrepresents what Miller believes in and stands for. As a citizen of the Commonwealth, she has a deep respect and commitment to the British Law and Parliamentary democracy, and she put herself in the firing line to protect the institutions that, too often, we do not value enough. By Ian Trevett

“As we walked towards the iron railings of the Royal Courts of Justice there was already a daunting crowd gathered outside. Some of them wore nooses round their necks and tabards with my name printed on their chests.

“This was the first time reality struck - I realised that people actually wanted me dead. It took all my strength to stay calm and carry on walking past. I wanted to stop, I wanted to talk to them, I wanted to explain, but my team hurried me on.

“On the walk towards the entrance, I heard photographers screaming my name. One angry voice rose above the fray and shouted, ‘Traitor!’

Miller’s recollection of arriving at the Royal Court is stark and terrifying, and she must have wondered what she had got herself into. Miller, along with two fellow claimants, had instructed City law firm Mishcon de Reya to challenge the authority of the British Government to invoke Article 50 of the Treaty on European Union using prerogative powers, arguing that only Parliament can take away rights that Parliament has granted.

When Mishcon first announced they had been instructed to pursue a case against Her Majesty’s Government, the firm was immediately subject to a torrent of online anti-Semitic abuse and its offices were attacked. Realising what they may be facing, Miller’s co-claimants quickly withdrew from the action, leaving Miller alone.

Miller, though, was made of sterner stuff. She recalls, “Mishcon de Reya was asking the court’s permission to clarify a matter of constitutional law and it was a perfectly legitimate but urgent question. To attack them with such foul language and venom seemed to me to be out of all proportion. It was bullying - and I hate bullying.”

There is nothing that bullies hate more than a victim who fights back. If they thought they could intimidate Gina Miller, they made a big mistake.

But she has paid a big price. Viscount Rhodri Philipps offered £5,000 to the “first person to ‘accidentally’ run over this bloody troublesome first generation immigrant. If this is what we should expect from immigrants, send them back to their stinking jungles.”

Subject to endless horrific racism and threats, Miller has effectively lost her freedom. She reveals that, “Outside of my home, I feel like I’m walking on eggshells. I have developed a sixth sense for possible conflict. We used to love going to the theatre or concerts, but now we rarely go. For the first time in my life, I became the target of unadulterated, blatant racism as well as receiving threats of being attacked with acid.”

LIFE LESSONS IN GUYANA AND BRITAIN
The mistrust of Members of Parliament has never been higher. The BBC and other news broadcasters come under fire from every side. The most experienced judges in the UK have their faces plastered across the front page of a top-selling newspaper with the headline: “Enemies of the People”.

British institutions that are admired across the world have been under siege, but seemingly few people here seemed that bothered. We take our institutions for granted. It took someone born outside Britain to recognise what we were at risk of losing.

Miller was raised in Guyana, where her father was a barrister. She learnt from him a respect for the law and an innate sense of fairness. Many of the clients were too poor to pay a barrister’s fees but he would take their case anyway. He told his daughter, “No matter how little people have, you still have to fight for them.”

He also instilled an admiration for Britain. Gina says, “As a child of the Commonwealth, I had been brought up to believe Great Britain was the promised land: a culture where the law was observed and decency was embedded in the national fabric.”

Her Guyana childhood was idyllic but it came to a shuddering halt. Her father was an outspoken critic of the government and the political climate was increasingly volatile. Worried about the safety of the family, her parents sent Gina and her older brother to England. At the age of 11 she started at Moira House Girls School in Eastbourne. She suffered from homesickness and the situation became harder when she received a letter from her mother saying that the president in Guyana had introduced stricter currency controls, meaning Miller had to get a job before school to survive.

In Guyana, Miller learnt notions of respect and fairness. In the UK, she learnt resilience and how to survive. She has faced the most incredible trial and tribulations since living here. Whilst studying at university she was subjected to a brutal and savage attack by a group of men, some of whom were students at the university. She was too traumatised to finish her studies.

At the age of 23, she gave birth to her daughter Lucy- Ann, who tragically suffered brain damage at birth, resulting in severe developmental problems. Miller refused to allow her daughter to go into a home and dedicated her life to raising her child, and in the process she sacrificed her career and her first marriage.

She married again in 2000 to a man who quickly became physically and mentally abusive, to the point that she had to escape with her daughter when he was out, spending several nights sleeping in a multi-storey car park. Gina looks back at that time as the one of the lowest points in her life, but also a turning point: “I thought to myself, ‘Gina, you have to be strong, rebuild your life, for your daughter.’

“… I knew I was strong enough to look after myself and my daughter. I didn’t need anything or anyone.”

A PARTNER WITH A PURPOSE
Happily, she did find someone who she could trust and would look out for her.

She married Alan Miller in 2007, and found not just a husband, but someone who shared her values and determination. The couple set up an investment firm SCM Direct with deliberately transparent fees, and have campaigned against the practices of the industry, where investors are ripped off by excessive hidden fees. They also launched the True and Fair Campaign to promote transparency and challenge mis-selling.

Many in the City were furious as she was undermining their practices of overcharging. Just as with Brexit, Miller faced the most vicious insults.

SPEAKING OUT AND STANDING TALL
Boris Johnson’s claims that he will bring the country together has been met with much scepticism. There has been a terrifying spike in hate crimes and acts of racism, and the values that Miller admired from afar are in short supply. Despite the terrible abuse she has suffered, Miller is adamant that we must all speak out on discrimination and bullying.

She says: “We cannot afford to become compact or lazy. As the saying goes, ‘good people must speak out or bad things happen’.

“… I dread to think what the rise in race-hate crimes means, and where it might lead. You look back at Nazi Germany and you think, ‘How could people have sat in their houses and watched out of their windows as they saw old men, women, children beaten and rounded up, and not do anything stop it?

“… We feel safe looking at history with the twenty-twenty vision that comes with hindsight, and yet we are sleepwalking into some of the same dangerous mistakes of our forebears.”

It is down to us all, not just Gina Miller. We all need to speak out and stand tall.

After all the abuse you have received, how did it feel at the Brighton Chamber of Commerce summit, where you received a standing ovation?
Over the last three – four years, I have steeled myself against abuse and hatred, so it was very emotional and heartening to receive such warmth and support. I have never spoken up to be liked but respected for my values, principles and fighting for fairness so in those terms it made me feel both humble and honoured.

Do we take our Law and Parliament for granted?
It is a normal perspective to take what we have for granted, so I don’t necessarily think it is a UK issue. What I do think about being brought in a Commonwealth country in the 1960s and 1970s was that we were still instilled with old fashioned ‘British’ values, but these have also, perhaps, been diluted.

How worried are you about the future of the UK?
I am very worried that hatred, intolerance and a closing down of debate is being encouraged all too often by those in positions of power. I worry about a lack of leadership, compassion and empathy. A nationalist fervour is being perpetuated by media barons with an ideological political agenda that is anti-social and that is then amplified by social media

Do you have advice on how can people overcome their fears and stand up for what is right?
Fear is crippling but the effects of not speaking out when you know something is wrong can cripple society and our way of life. Take the time to reflect, think through all options all angles before you speak out as unintended consequences can be even more damaging than the issue you sought to act against. If you can, act as a collective as there is both power and protection in numbers.

What are your ambitions and hopes, both personally and for the UK?
I will not stop using the campaigning voice I have developed over the last 30 years. I will continue to speak out against injustice, inequality and the abuse of power, whenever I see it. But great opportunities lie ahead, just as much as threats. I will be open to opportunities for reform and change that materially improves the quality of life for our families, our communities and our country, as we usher in a new decade with new challenges. They must not be discussed through a narrow ideological lens.