The Flight of the Swans

READ NEXT
The barriers women face 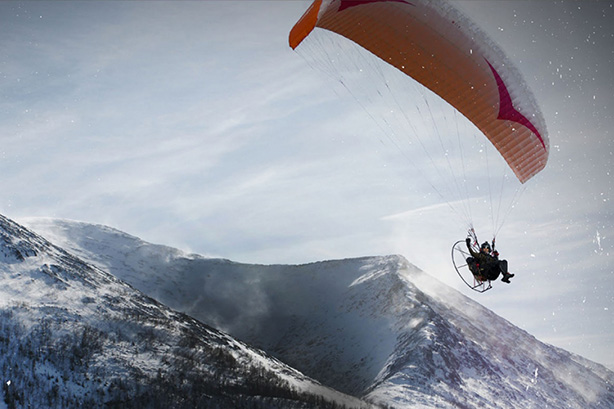 Many of us worry about the loss of wildlife species and might, on occasion, send off a couple of pounds to aid the effort but Conservationist Sacha Dench went one better. Dedicated to saving Europe’s smallest swan, the highly endangered Berwick swan, she decided to fly their entire migration route to highlight their predicament at great peril to her life.

Sacha accompanied the swans for the entire length of their migration from Artic Russia, covering 6,500km across 11 countries, to their final destination in the UK in just a Paramotor - a small propeller engine strapped to her back with a simple fabric wing – facing, in the process, enormous challenges to her own safety on top of those presented by her efforts to save the swans themselves from extinction.

The film had its premiere at the Picture House in Uckfield in November where Sacha performed a Q&A session with the audience of business leaders and local conservationists. Sacha said: “WWT is incredibly grateful to the many people and organisations that have already generously supported Flight of the Swans. It’s wonderful that we work with businesses, charities and individuals that have a genuine interest in the conservation and environmental issues we’re trying to address. “I’m delighted to be able to present the Flight of the Swans documentary to Rix & Kay’s distinguished guests and to be able to introduce them to our newly formed charity “Conservation Without Borders”

]]]]]and our next major expedition – the Flight of the Osprey. Rix & Kay’s support has been and continues to be key to the success of these expeditions. We thank Rix & Kay for their terrific contribution”

Dynamic interviewed Sacha on the day of the premiere and she spoke of the dangers she faced on the trip where she flew at the same height as the swans, including heavy storms, sea crossings and extreme cold: “I’m humbled by the support that Flight of the Swans has already gained. People all across Europe and Russia are using this expedition as a lever to improve things for the swans, which is all I could have hoped for.

“Each winter, I’m fortunate enough that a small flock of a couple of hundred Bewick’s swans returns to my workplace – WWT’s Slimbridge Wetland Centre in Gloucestershire. To get there they need safe passage all the way from the northernmost wilds of Russia, and for the last two decades fewer and fewer have made it. Numbers have halved over the last twenty years and we have less than 20,000 remaining so it’s crucial that we act now before it’s too late.”

Bravo to Sacha for literally putting her life on the line to highlight the dilemma of these beautiful little swans – the world needs more people like Sacha Dench.

In the second part of our interview with Rosemary French OBE, the Chair of Dynamic’s Steering Committee, Rosemary recounts the sexism...