We cannot underestimate the value of aviation; it brings people, cultures and economies together

READ NEXT
Are you at risk if your company is in trouble? 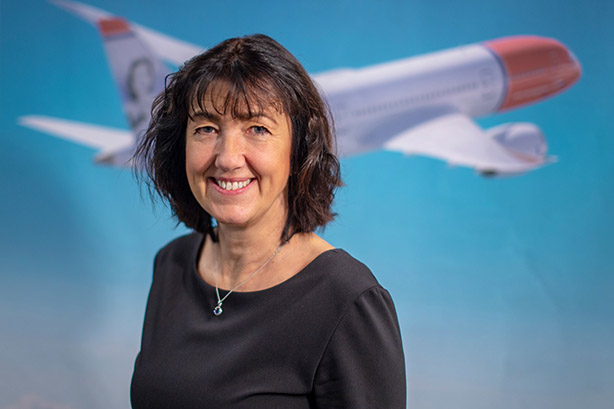 According to a recent survey, about 3% of CEOs in aviation are women and many of them are at lower-profile companies. Why is there a lack of female CEOS and what can be done?

I think it is a real shame and it is obvious that this is a trend that needs to change. Diversity and inclusion is always good for business. The airline industry has historically been male dominated, but Norwegian has a strong tradition of practicing equality since its inception in 2002. Norwegian prides itself in maintaining a talented and highly competent workforce and is committed to recruiting both women and men to key positions. In 2018, for instance, 44% were female and 56% were male and among our administrative staff, there is roughly an equal ratio of male to female staff. At the same time, our Board of Directors has more than 40 percent female representation.

When companies actively practice equality, and I am proud to say that Norwegian does, we are at least heading in the right direction.

Can you tell us about your journey in becoming the Chief Communications Officer?

It’s been an exciting journey, I started my career as a journalist at the age of 17, which was a great steppingstone to where I am today. Combined with my degrees in political science, journalism and management I had the right tools and background to explore various avenues within Public Affairs and Communications

I’ve always enjoyed a busy routine, looking after three children while working and studying at the same time helped me in my future professional career, especially to stay calm and keep a cool head in difficult and stressful situations.

My experience from working in the Norwegian Ministry of Finance under five different ministers from different political parties – including Labour and the Conservative Party - has also been a great learning curve. You have to adapt quickly and relate to different political priorities and personalities. My former experience from Statistics Norway was also a good steppingstone and I am a Board Member there today. I strongly believe that you never stop learning and developing your skills.

You were the Deputy Director General in The Norwegian Ministry of Finance. How does working in the private sector differ for working for the government?

In my experience, the differences haven’t been very noticeable. In a way, working in aviation and for the ministry have a lot of similarities; there are always many different things going on at the same time, and you have to act quickly.

What have been the challenges that Norwegian has faced in your time with the business? And how did you go about communicating the right messages when faced with challenges?

Firstly, being part of Norwegian’s fantastic journey, from a small local company to a global player, has been an amazing experience. It was a historic and unforgettable moment back in 2012 when we announced the largest European aircraft order of 222 aircraft from both Boeing and Airbus. Entering into the low-cost long-haul market was also a milestone for the airline, many predicted that it could not be done but Norwegian has now been operating long-haul for five years. Our greatest success has been to the US where the company is now the largest foreign operator to the New York area.

For Norwegian and all of us working for the company it is very satisfying to have been named “World’s Best Low-Cost Long-Haul Airline” for the fifth consecutive year proving that our concept of high quality and low fares resonates with consumers.

There is never a dull moment working for a company like Norwegian. Media-wise, it is one of the most covered companies in Scandinavia and my team work tirelessly to ensure that the brand is both promoted and protected in equal measure.

Facing challenges comes with the job and this is when we really get to use our knowledge and experience and evolve as communicators. I’ve definitely experienced some challenges during my time here at Norwegian; everything from strikes to grounding of aircraft. I n situations like this, good teamwork is essential. Thankfully, we are a team that works particularly well in challenging situations, but we are also fully dependent on cooperation, help and input from other departments. It’s important that the Communications Department “owns” the message and controls all the external and internal communications.

Another challenge that we are facing and will be facing even more in the future, is that we need to make aviation more sustainable. However, we cannot underestimate the value of aviation; it brings people, cultures and economies together. At the same time, Norwegian recognises its responsibilities as a significant market player and takes direct action to reduce emissions per passenger. Aviation accounts for around two percent of the global CO2 emissions and awareness around aviation and a more sustainable approach is high on the agenda and that is a good thing.

Have you experienced any discrimination or bias as a female in the aviation industry? If so, how did you tackle it?

Thankfully I haven’t personally – not in this industry. But sadly it does occur in most industries, and probably Norwegian is not an exception with more than 10,000 people working for the company. We have very strict and clear policies. Discrimination is not tolerated at Norwegian and the cases that are reported are immediately investigated. 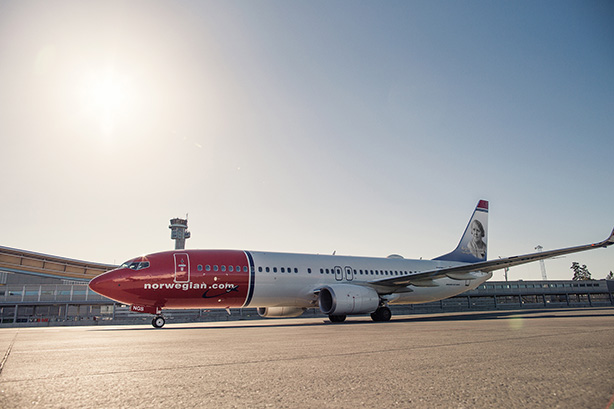 ◗ Norwegian is the third largest airline at London Gatwick, with 4.6 million annual passengers, and with more than 1,500 UK-based pilots and cabin crew