READ NEXT
All eyes on Finland 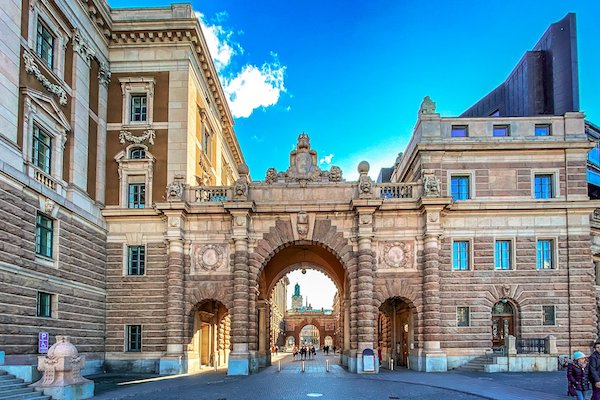 According to the U.S. News & World Report (www.usnews. com), Scandinavia is THE place to live.

In their current ratings for Best Countries for Women, Scandinavia takes four of the top six places, with Denmark coming out on top. The other places in the top six are taken by Canada and Netherlands.

The UK is rated the 13th best place for women.

The Best Countries for Women is a perception-based ranking based on the responses of nearly 9,800 women who filled out surveys for the 2020 Best Countries rankings. The ranking is derived from a compilation of five equally weighted country attributes: care about human rights, gender equality, income equality, progress and safety.

Mette Frederiksen, born Nov- ember 19th 1977, has been Prime MinisterofDenmarksinceJune 2019 and Leader of the Social Democrats since June 2015. The second woman to hold either office, she is also the youngest Prime Minister in Danish history.

Denmark is among the countries with the world’s lowest income inequality, according to the OECD. It also has the lowest poverty rate among the OECD countries, where poverty is measured as the percentage of people who receive less than half the median national income.

Equality is important to the Danes. The Danish governing coalition almost always includes a Minister for Equality.

Denmark became the first country to legalise same-sex unions in 1989.

PAY GAP
The difference in pay between men and women is 5.3%. This is 8.2% points lower than average.

About 2% of the Danish population work very long days. The average is 11%.

Denmark itself spends a higher proportion of its wealth on public welfare than most European countries, at 28% of GDP, behind only France, Belgium and Finland.

The current Prime Minister of Sweden is Stefan Löfven, who was chosen for a second term on January 18th 2019. He has been the Leader of the Social Democratic Party since 2012.

After a long period of negotiations Löfven was able to form a coalition government with the backing of the Center Party, Liberals and Greens. It is an uneasy alliance formed in response to a surge in support for far right parties in the last election.

The business sector is still a heavily male-dominated field.On the average board of a Swedish stock market company, almost one in three were women in 2015 – which is gradually getting better. Nine out of ten people who appoint board members are men.

Women’s average monthly salaries in Sweden are less than 88% of men’s – 95.5% when differences in choice of profession and sector are taken into account (2016). Pay differences are most obvious in the county councils, and the smallest difference is found among blue-collar workers.

Parents in Sweden are entitled to 480 days of paid parental leave. Of those, 90 days are reserved for each parent.

Erna Solberg has been the Prime Minister of Norway since 2013 and leader of the Conservative Party since May 2004. Inspired by Margaret Thatcher’s “Iron Lady” nickname, Solberg has been given the nickname “Iron Erna”. In 2018, Solberg became the longest serving Prime Minister of Norway to represent the Conservative party. She leads an alliance which includes the Liberal party and the Christian Democrats.

With women representing 41% of board members, Norway was the first country to enact a gender quota legislation (40%) in 2005. However, of 213 public limited companies in 2017, just 15 were run by a woman.

The gender pay gap among full-time employees in Norway remains at 20%. After adjusting for age, education, sector and several other factors, there is still a 13% gender difference.

As of December 2018, child- care in Norway has a maximum price set by the government of NOK 2910 (roughly 330 USD) per month. This applies to both public and private daycare. This fee usually doesn’t include warm lunch and many kindergartens charge extra to include a meal.

Sanni Marin became the Prime Minister of Finland on December 10th – at just 34 she became the world’s youngest prime minister, and her country’s youngest. She didn’t win the election. The Social Democratic party leader, Antti Rinne, formed a coalition after the election, but soon lost support of a key partner. He resigned a few months later and Marin stepped in to replace him forming a coalition with the Centre Party, the Green League, the Left Alliance, and the Swedish People’s Party.

Finland requires 40% of state owned enterprises to have female directors and women must comprise at least 40% of their board seats.

The gender pay gap in Finland between men and women is on average 16,1% in all labour sectors (source: Statistics Finland, Index of Wage and Salary Earnings 2017). The gender pay gap is narrower in the public sector than in the private sector.

The Working Hours Act, passed in 1996, gave most staff the right to adjust the typical daily hours of their workplace by starting or finishing up to three hours earlier or later.

By 2011, Finland was offering the most flexible working schedules on the planet, according to a study for global accounting firm Grant Thornton, with 92% of companies allowing workers to adapt their hours, compared to 76% in the UK and the US, 50% in Russia and just 18% in Japan.

A new Working Hours Act due to come into force this year will give the majority of full- time employees the right to decide when and where they work for at least half of their working hours.