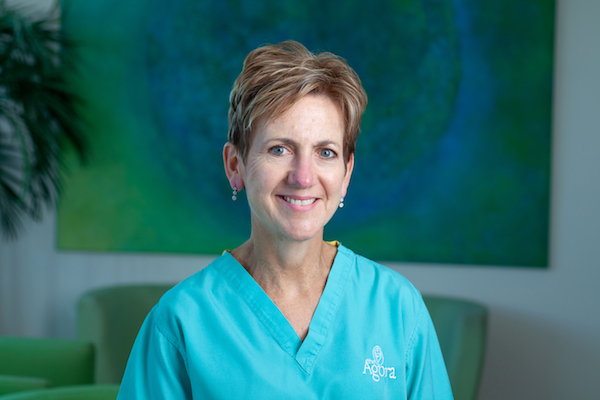 One of the most painful things a woman can hear is that she has little or no hope of conceiving her own biological child. Sadly in my Fertility Clinic in Hove I see far too many women who find themselves in this situation. Many have achieved everything they could have wished for in their career, but only met Mr Right at a later age when unfortunately their egg reserve is too low to allow them to conceive naturally. This is why I have become such an advocate for educating women about their reproductive choices from adolescence onwards. I want to ensure we empower a whole new generation of young women, to not only learn about contraception but get a real understanding about their biological clocks so they can choose when and how to have a family in the future.

A woman is born with all the eggs she will ever have, some two million or so, but loses them in an exponential way throughout her life, whether she is menstruating, pregnant or on the pill. Her eggs also age with the passage of time and in doing so acquire genetic abnormalities. So as you get older you have fewer eggs and they become biologically defunct. It’s not great to celebrate your 40th birthday knowing that you have lost most of your eggs and half of what’s left have little hope of making a healthy baby.

Egg freezing has changed all that and is the new buzz word in fertility forums and female business circles. In its most simplistic terms, egg freezing involves a woman taking a two-week course of hormone injections during the first half of her menstrual cycle to create more eggs than she would normally produce. These eggs are then harvested during a minor ultrasound guided out-patient procedure before being frozen

rapidly in liquid nitrogen during a process called vitrification. Her eggs are frozen in time thus preserving their quality and can be thawed out and used to create a baby some years later. They remain as ‘young’ as the day they were frozen. Under current UK law, frozen eggs can be stored for up to 10 years although that law is likely to change in the future to allow a longer period of storage.

Egg freezing only became a viable option for women eight years ago following a breakthrough in freezing and thawing techniques which significantly reduced the risk of eggs being damaged as they were frozen. Survival rates when

the eggs are thawed are now in excess of 98%. As a result the last five years has seen an exponential rise in the number of women attending fertility clinics to freeze their eggs, the majority of whom are single,

The optimum age to freeze your eggs is from your late 20s onwards but ideally before you reach 35. It is also advisable to freeze at least 15 to 20 eggs to have a realistic (>85%) chance of conceiving a child, meaning in some cases doing more than one egg freeze cycle. As this is a relatively new technique, and the numbers of babies born from frozen-thawed eggs remains low, there is still some controversy

around the true effectiveness of egg freezing programs and concern about giving false hope. However many companies both in the USA and UK have started to offer egg freezing as a health benefit to their female employees to attract and retain the best talent. So egg freezing is here and the best advice I can give a woman is to at least explore the option to find out if it is for her.

A single egg freezing cycle at the Agora costs £3,500. This fee includes all your monitoring scans, medical and nursing advice and the treatment itself but does not include the cost of the hormonal medication which ranges from £800 - £1200.

To find out more about egg freezing either come to one of our FREE ‘Egg Freezing Evening Seminars’ or sign up to our next ‘Egg Freezing Webinar’ quote DYNAMIC. Valid to end of April 2020

Carole is the CEO and Founder of the Agora Clinic in Hove, the largest Fertility Clinic in Sussex offering both NHS and privately funded treatment. She is a Consultant Gynaecologist with particular expertise in Fertility and Reproductive Medicine. www.agoraclinic.co.uk