READ NEXT
Back to the future 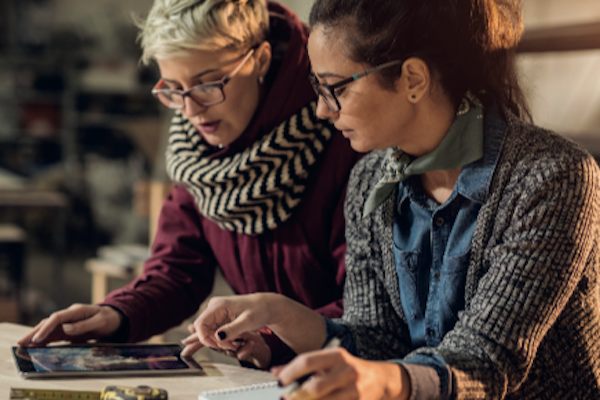 As things stand, women make up only a quarter of the UK’s STEM workforce. It’s a figure that should be shocking, but as a recruiter, it really doesn’t surprise me. When I’m sifting through applications for our clients in the STEM industries, there’s never much in the way of gender diversity.

Many companies talk a good game about closing the gender gap, in the press and on social media, but are they really attempting to do so in reality? Reflecting on my own experiences – specifically in education – I’m not convinced. Outside of appearing at the occasional careers fair, there was little that STEM companies did to appeal to women like me.

Instead, they should be engaging more proactively. Female role models should be sent into schools and colleges to give young women an introduction to the STEM industry, and to prove that it’s not just a career option for men. A face-to-face meeting with a successful female scientist, engineer or mathematician would have made a huge impact on someone like me.

If we’re to address the STEM skills shortage we’re going to have to increase diversity, and the only way we’re going to do so is by capturing the attention of women from an early age. The choices we make in our teenage years often dictate our future careers, so it’s crucial that opportunities in STEM are presented at that stage, both by the education system and the wider industry.

Over in the States, female students recently won every award in a national STEM competition – for the first time in the event’s history. The talent is clearly there, we just need to get better at harnessing it and inspiring Britain’s young women. Only then, will STEM companies really start to tackle the gender gap.