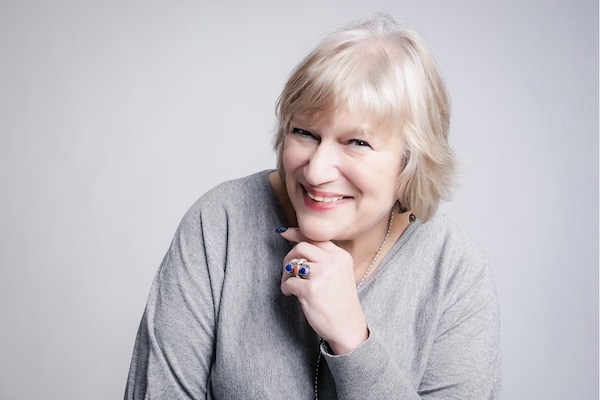 I often call myself “Woman of Egypt” as that is where I am from and has always been my inspiration. My parents instilled in me the belief that a woman can achieve anything she wants - she just has to believe that she can and no matter how hard the climb is to the top of the mountain, and no matter how many times she falls down, she must get up and climb back again and again.

That has been my strength and determination throughout my life and I know that I have passed these very same traits to my three amazing daughters. I believe that nothing that is easily achieved in life or in business is ever memorable.

I am often asked who my role models are but there are so many. These women are a few of the many that have inspired me and whom I feel are truly phenomenal...

The Pharaoh Hatshepsut. The longest-reigning female pharaoh in Egypt, ruling for 20 years in the 15th century B.C. She was considered one of Egypt’s most successful pharaohs. She depicted herself in the traditional king’s kilt and crown, along with a fake beard and male body.
This was not in any way an attempt to trick people into thinking she was male; rather that were no words or images to portray a woman with such status, it was her way of asserting her authority. She was considered one of Ancient Egypt’s most successful rulers, overseeing major building projects, military campaigns and the rebuilding of broken trade routes.

Theodora (500-548 AD). Was an influential Empress of the Byzantine Empire and a saint of the Eastern Orthodox Church. Her courage and sharp political skills, helped her wield enormous power over her husband Justinian, influencing his policies and actions during their joint rule of the world’s greatest existing empire. She controlled foreign affairs and legislation, violently put down riots, and, notably, fought for the rights of women, passing anti-trafficking laws and improving divorce proceedings.

Nadia Murad. Was born in Kojo, Iraq and belongs to the Yazidi ethnic minority. Her extraordinary journey from suffering at the hands of Islamic State where she was held as a slave and experienced sexual and physical violence, to an incredible human rights campaigner and a prominent voice in the fight to help women and children affected by war after being kidnapped by the Islamic State. She is the first Iraqi, and first Yazidi, to receive a Nobel Prize.

Q&A with Christine Johnston, founder of The KiTE, SURF & SUP Co. - which offers lessons in kitesurfing...