With troubles at the top of government, the elbow barging won't be far away

READ NEXT
Clock tower cleaned up by pest controllers 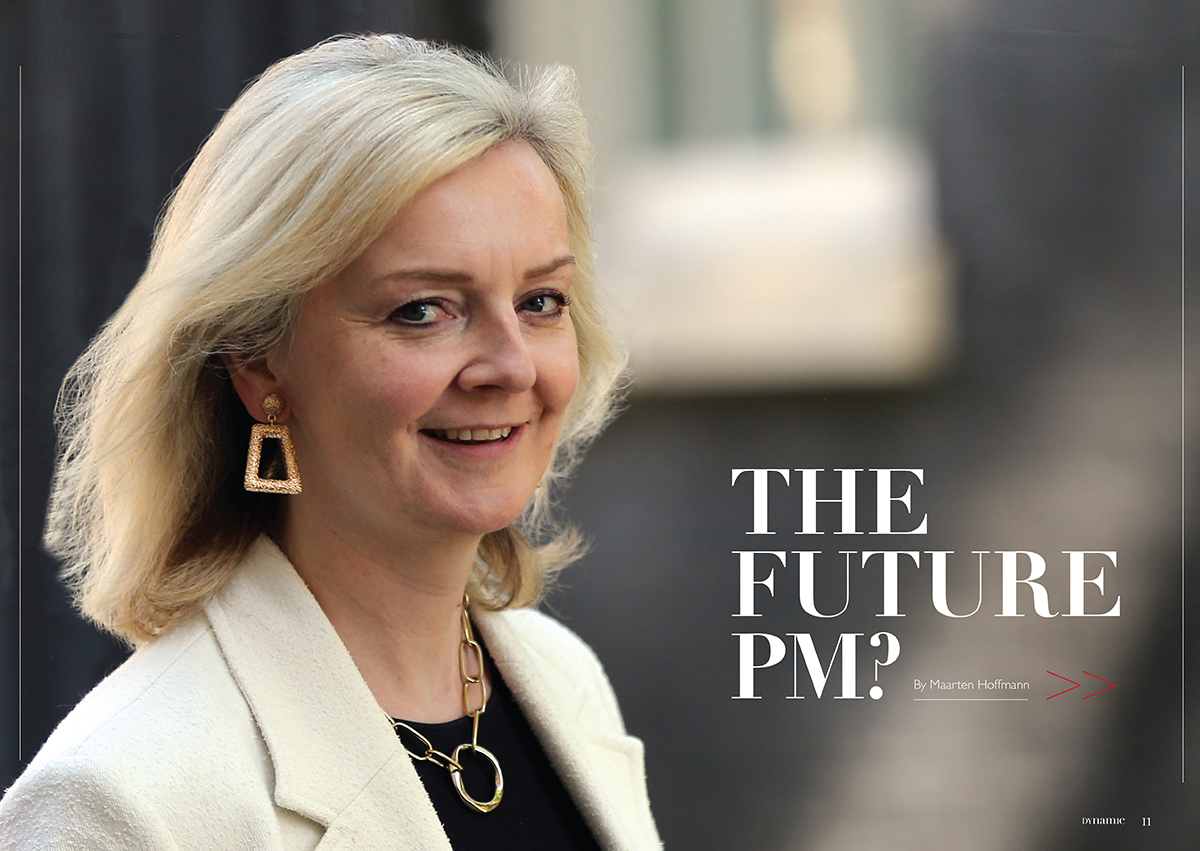 At the age of 46, Liz Truss has become the UK’s second female foreign secretary – following a trail blazed previously only by Labour’s Margaret Beckett 15 years ago.

In a relatively short time in Parliament, she has held a wide variety of posts, dealing with high-profile domestic and international issues.

But her new role, one of the big three in any government, will bring a new level of scrutiny, as her predecessor Dominic Raab found when he faced widespread criticism for remaining on holiday during the Afghanistan crisis. Ms Truss, who has a supportive house-husband and two daughters, has plenty of big issues in her Foreign Office in-tray, her promotion coming at a time when China, Russia, the UK’s place in a post-Brexit world and Iran’s nuclear programme are provoking many questions in diplomatic circles.

Born in Oxford in 1975, Truss describes her parents, a mathematics professor and a nurse, as “left-wing”. It was not a characteristic inherited by their daughter. She moved to Paisley, in Scotland, aged four, and, in 1983 – in a hint of her future political proclivities - played the part of Margaret Thatcher in a school dramatic production. The family then decamped to Leeds, where she attended a state secondary school.

Truss went on to Oxford University, where she read philosophy, politics and economics and was active in student politics, initially for the Liberal Democrats and later for the Conservatives. Afterwards she worked as an accountant for Shell, and Cable & Wireless, but her heart was set on Westminster.

Part of Conservative leader David Cameron’s ‘A-list’ of priority candidates, Truss was finally elected MP for the safe Tory seat of South West Norfolk in 2010, with a 13,140-vote majority. While in Parliament she co-authored a book called Britannia Unchained, which recommended stripping back state regulation to boost the UK’s position in the world, marking her out as a prominent advocate of free market policies on the Tory benches. In 2012, just over two years after becoming an MP, she entered government as an education minister.

At the 2015 Conservative conference, she was mocked for giving a speech including an impassioned section on UK cheese imports, but this did not impede her progress. In a spoof-defying address, she reached for her inner Winston Churchill to condemn the level of cheese imports to the UK and suffered much ridicule. However, those that know her mention that this is water off a duck’s back, as she is made of much sterner stuff.

In 2016, she became justice secretary under Theresa May, the following year moving on to become chief secretary to the Treasury, a position at the heart of the government’s economic programme.

As foreign secretary she will rack up just as many, if not more, air miles, with an awful lot more people watching her every move.

Over the years many have written her off as a political force but she may yet have the last laugh. She now holds one of the great offices of state and is an unashamed frontrunner to succeed Boris Johnson - or an one commentator unkindly put it “Boris has set such a low bar that bottom feeders now look like shining stars”

Critics say her record as international trade secretary is not quite as the spin would suggest, that the 63 trade deals she ‘secured’ were little more than rollover EU deals and the DIT was dubbed ‘the Department for Cut and Paste’, and later, the Department for Instagramming Truss. Recently, however, the UK signed a £10 billion trade deal with Australia for which she was rightly credited with having laid the groundwork before Boris fly’s in, claiming it as his own.

It must be said to her credit that she is the youngest women ever to be appointed to cabinet, to becoming the first female lord chancellor and justice secretary in history and now the first female Conservative foreign secretary.

A recent image of Truss in a tank drew unflattering ‘Thatcher-lite’ comparisons in the red rags, and her Christmas Instagram post was so grand that Westminster wags suggested she had given up on her ambitions to be the prime minister and was making a pitch for Queen.

To make the final pitch for the top job, she needs to rapidly begin the separation from Boris, rather than ‘continuity Boris’ as is often mentioned. She will need to start disagreeing, standing her ground and suggesting alternatives to the PM’s plans - and she needs to be ready to resign on a principle and that is what will launch her campaign to replace Boris.

There is a real appetite for another female PM - launched by Thatcher, damaged by May and ready for the next one to really show the value of a women in the top job.

My advice for her - whatever you do, DON’T DANCE.

Do you feel like crawling under the covers and ‘playing possum’ these days? You’re not the only one – The Freeze...

As I wrote in the first part of this article in the last edition, having a clear purpose in life and through your business activities...