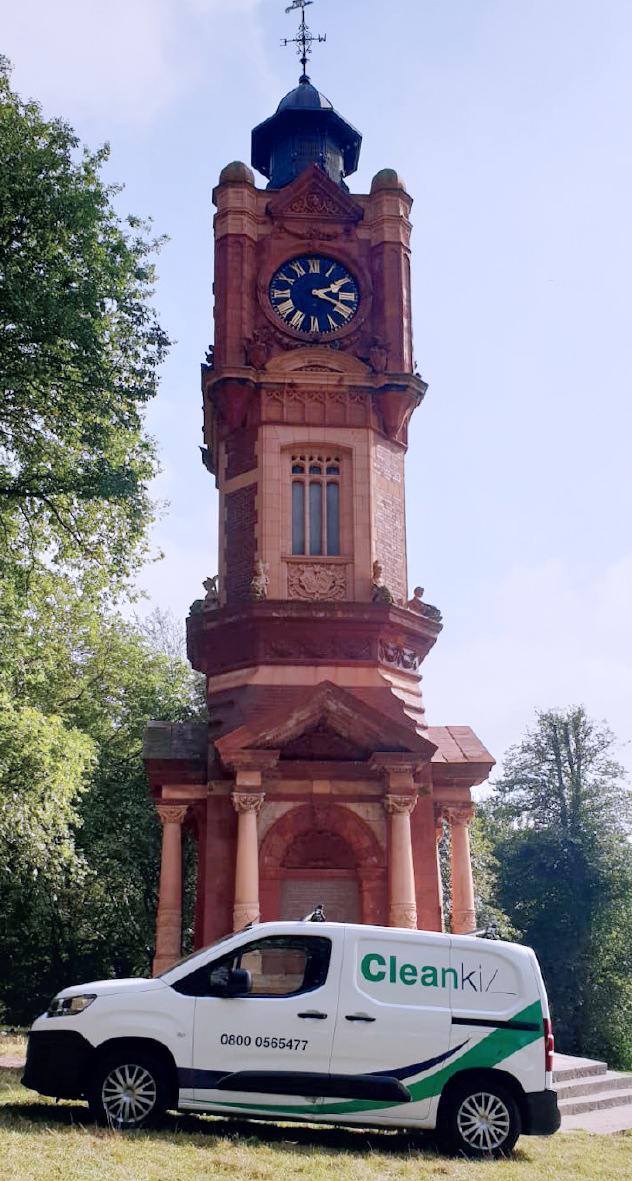 The issues include businesses whose staff are getting attacked by aggressive seagulls while trying to carry out maintenance on rooftops; pigeons causing health hazards by covering fire escapes with slippery droppings and sleep deprived homeowners who are being kept awake by birds nesting in eaves outside bedroom windows.

More unusual calls include an office block in London where gulls were picking up pebbles and dropping them on the glass atrium roof causing thousands of pounds worth of damage each time a pebble smashed the glass.

At a school in Bexhill where an expensive Eden project-style roof had been installed, gulls were pecking holes in the plastic causing it to deflate.

Recently Cleankill Pest Control was called in to clean up the famous clock tower in Brighton’s Preston Park.

Pigeons had entered the Grade II listed tower through a broken stained-glass window and had taken up residence.

The work involved cleaning the pigeon mess and debris inside the tower and then installing mesh to stop the birds re-entering.

Cleankill Pest Control Director Jon Whitehead explains: “Fortunately the problem was spotted before a large number of pigeons started to use the tower. There was however enough guano to be hazardous to health.

“Pigeons carry diseases and nearly all pigeons carry bird mites - a tiny parasite that feeds off the bird and makes humans itch and scratch. Pigeon fouling and nest materials also provide a home for many other insects such as clothes moths, carpet beetle and mealworm beetles.  When the pigeon fouling is dry it creates airborne bacteria affecting anybody that may be susceptible to asthma and other breathing difficulties, so it is very important that any mess is removed. All of the mess was removed under Waste Disposal Regulations 1994.”

Pigeons often gain access to lofts and empty buildings through small gaps. Once they start to breed, the build-up of guano can be considerable. Gaps should be blocked and then affected areas cleaned out and treated with a biocide.

The terracotta Clock Tower in Preston Park had its foundation stone laid in 1891 and had its formal unveiling ceremony on June 17th 1892.

Cleankill Pest Control offers a specialist bird control service for facilities and property management companies, from the initial survey and specification through to the final proofing solution. As registered waste carriers, Cleankill can carry out full scale removal of bird fouling, as well as contaminated goods and furniture from infested properties.

To book a free survey or price comparison go to www.cleankill.co.uk

93 Becoming a Director – the responsibilities they don’t tell you about...

The law has spent the past 165 years sharpening the obligations it places on directors of limited companies. These obligations are...