READ NEXT
Tackling Homophobia By Design 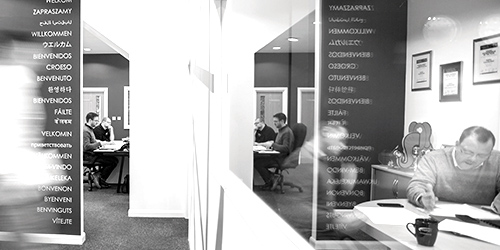 On September 5th, 1995, the U.S. sports network ESPN streamed a broadcast of a baseball game online to thousands of its subscribers worldwide in what was the world’s first live-streaming event. Fast-forward to the present day, and live video is everywhere, used by dynamic businesses to reach and engage with audiences in real time.

But with so many choices on the market – everything from YouTube to Facebook, Snapchat and Periscope – how do you decide which is the best platform for your business? In this article I will identify the key players in the live video space, and outline some best practices for implementing your own live video campaigns that can be actioned right away.

Youtube
Established in 2005, YouTube is the granddaddy of online video. Boasting more than one billion users, YouTube generates some seven billion video views per day, and the platform actively works with and invests in its top video creators, granting them a share of advertising revenue and other rewards when they reach key milestones.

All of which has led to the rise of the celebrity “YouTuber”, with a number of key players emerging in the UK over the past few years that, largely self-supported (certainly at first), now reach tens of millions of subscribers on their YouTube channels. This has led to huge income opportunities, both from the platform itself and growing relationships with brands.

In 2010, YouTube began free streaming of content, pioneering this exciting space, and now regularly broadcasts live video from its official channels, including news, sports and entertainment. Brands and individuals can also easily create their own live video, choosing to stream immediately or scheduling an event for later.

Facebook
Users have been able to share videos on Facebook for some time, but it was only as recently as 2014 that the functionality really began to take off . Where Facebook separated itself from other platforms (such as YouTube) was how video content would start to play automatically to users as they scrolled down the Facebook News Feed. This led to a tremendous upswing both in how video content was consumed on the platform and how brands began to use Facebook video – and video ads – to reach key demographics.

Today, Facebook generates some eight billion video views each day, with two-thirds of these views coming from mobile devices. Facebook Live, its streaming video product, has quickly proven itself to be an incredibly effective way for businesses to reach consumers, offering instant connectivity and immediate feedback.

It’s not just brands, too – the recent “Chewbacca Mom” live video has now been played over 150 million times on Facebook, leading to global coverage and worldwide fame.

Snapchat
Launching just over four years ago, Snapchat has quickly emerged from an initially somewhat frivolous (and controversial) chat network for teenagers to a social media powerhouse, with its more than 100 million daily active users now consuming more than 10 billion videos per day. Yes, you read that right: for video at least, Snapchat is bigger than YouTube and bigger than Facebook.

And it’s easy to see why: Snapchat is fun. It’s also the most video-friendly of all the top social networks, letting you immediately begin sharing videos which can be effortlessly tailored with a variety of filters and what Snapchat calls lenses, which add entertaining special effects to live video content.

The platform’s rise in popularity – it’s the fastest growing social network in history – hasn’t gone unnoticed, with brands around the world clamouring to figure out how to use Snapchat in innovative and interesting ways. Additionally, the company recently announced its own advertising API, and many are suggesting that Snapchat’s new sponsored creation tools – which essentially allow users to create their own branded ads to show to friends – could be the next big thing in online marketing.

Periscope
The Twitter-owned Periscope was an early innovator in the live video space and continues to be popular at events and product launches. However, much like Twitter’s other video product, Vine (as well as rival video app Meerkat), Periscope’s early growth stalled fairly quickly, and while the platform retains a strong core user base it hasn’t really taken off as one might have originally presumed. If you’ve got a strong Twitter audience you can still generate immediate value from Periscope, but brands looking to enter this space for the first time will get better results from the channels above.

Hopefully you’ve seen the potential in live video broadcasting for business and have decided to get involved. So what’s the most effective way for small businesses to use live video to reach audiences in real time? Here are four best practices below to help you get started.

Live video isn’t a fad: it’s a rapidly growing trend that is here to stay. With low start-up costs and almost limitless possibilities, it’s a fantastic way for businesses of all sizes and in every sector to reach and connect with customers and peers. Moreover, often the best results can be achieved by those brands willing to risk a more organic, “this is how it’s made” approach, which helps to humanise the company, build relationships and generate leads.

Shéa has managed the digital campaigns and marketing solutions for both B2B and B2C brands across a variety of industries, including retail, finance, education, healthcare, charity, sports and events. A recognised authority within the digital space, he has published two books and written thousands of articles about social media, and his work has been featured in The New York Times, The Washington Post and the BBC.

Identity specialises in the manufacture and implementation of corporate branding, with over 30 years’ experience in the industry. A major supplier of digital marketing, events management and commercial signage across the UK and Europe, Identity is a multi-award-winning company with a very experienced team of industry respected individuals.

Click here to read the complete article in the Sussex magazine