Looking To Sell? Now’s The Time To Do It! 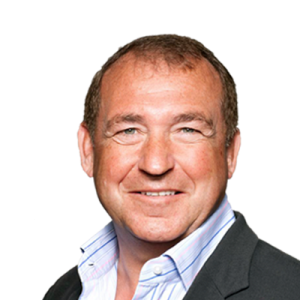 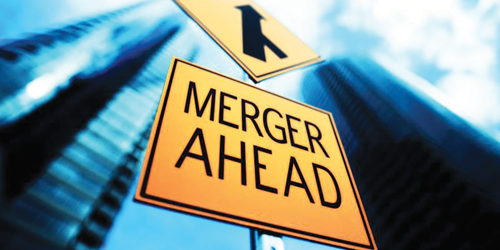 The M&A market is alive and well, boosted by favourable conditions for both buyers and sellers. So, take advantage of it while it lasts advises Nik Askaroff, CEO of EMC Corporate Finance and three-times winner of the South-East Dealmaker of the Year Award

Sixty years ago this summer, the then Prime Minister, Harold Macmillan, famously declared that “most of our people have never had it so good.”

He may well have been right at the time. The country was enjoying a post-war economic boom, with wages, exports, investment and production, particularly in the heavy industries such as coal and steel, all rising. Set against the recent austerity of the war years, it must indeed have seemed that the good times were well and truly rolling once more.

Of course, nothing lasts forever, and the intervening decades have seen the usual cycles of relative boom followed by, as on the most recent occasion, not-quite-but-almost bust.

At the moment, the economy in general is in something of a hiatus – neither flourishing nor ailing – as we await the outcome of the Brexit negotiations.

But there are markets where things are moving at a reasonable pace. Mergers and acquisitions is one of them. I wouldn’t go so far as to echo Macmillan’s now infamous statement, but it’s fair to say that throughout my 25-plus years of advising owner-directors on how to maximise the sale value of their businesses, I have rarely seen better opportunities for them to do so than those currently prevailing.

That’s because several important factors have come together to make the market attractive to both sides.

The Daily Telegraph recently ran an article headlined “UK companies braced for 12 months of rampant M&A” whilst a report by accountancy giant EY found that 51% of UK firms expect to actively pursue mergers and acquisitions over the next year.

Our experience bears out both predictions.

Whilst the year started relatively sedately after 2016’s strong performance, it has picked up hugely over recent weeks. We’ve already completed a number of excellent deals and our pipeline of work is longer than it’s ever been since we started in 1989.

Business owners, particularly those at the smaller £5m-£50m end of the market, are cottoning on to the fact that there is a window of great opportunity open to them at the moment that may not be there for very much longer.

One of the key factors influencing their decision to sell now rather than wait is the ultra-low rate of tax they will have to pay on the sale proceeds. Entrepreneurs’ Relief is currently set at just 10%. But politicians from each of the parties have been making noises about the possibility of raising it or, even worse, scrapping it altogether – an unpalatable prospect to say the least!

With many entrepreneurs reliant on the sale of their business to fund their retirement, Entrepreneurs’ Relief can make a significant difference.

Another important consideration is that valuations are holding up strongly despite what Deloitte’s head of UK Advisory, Paul Lupton, has described as the “fundamental uncertainty arising from Brexit.” Experian’s half-year report showed that, whilst the number of transactions fell by 14% year-on-year, valuations rose by a whopping 51%.

Much of that will be accounted for by big-ticket deals such as China Investment Corp’s £10bn-plus acquisition of London-based Logicor from Private Equity firm Blackstone. But even at the smaller end of the market, we are seeing plenty of deals being done at top-end valuations.

Of course, for every owner wanting to sell there needs to be a company willing to buy. And, fortunately, there are a number of very good reasons why there is currently no shortage of businesses looking to expand by acquisition.

Organic growth is still possible, particularly among companies which can take advantage of current exchange rates to boost export sales. But for many, acquisition is becoming the preferred route to growth, either as a way of diversifying or consolidating within a particular market.

With money cheaper than it’s ever been, and plenty of lenders prepared to support the right deals, there are opportunities galore for ambitious companies or, indeed, for management teams wanting to take over ownership of their business.

The fall in the value of sterling has also made UK companies attractive to overseas buyers. Two of our three most recent deals had a European or trans-Atlantic dimension.

Then, a short while later, Fellowes, the US-headquartered global manufacturer and marketer of business machines and office accessories, acquired a 20% stake in Berwick-based Posturite Ltd, the UK market leader in the manufacture and supply of ergonomic office equipment.

Both companies stand to gain hugely from the deal. For Posturite, a company founded in 1991 by CEO Ian Fletcher-Price on the back of a single product – an adjustable writing slope – knocked up in his mother’s garden shed, it offers a major boost to its ambitious plan to double the size of the £25m-turnover business over the next three years.

And for Fellowes, which recent launched its Thrive 2020 plan designed to deliver growth organically and through acquisition, the partnership with Posturite brings it new products, opportunities and capabilities focused on accelerating its growth in the important workplace wellness category.

These two deals are typical of what we’re likely to see much more of in the months ahead. Of the transactions we are currently negotiating, many involve overseas buyers. All the time the pound remains at its current low level, this is likely to be the norm rather than the exception.

As Steve Ivermee, author of EY’s M&A report, stated: “That the UK remains a top destination for domestic and global companies to do deals is a measure of its continuing attractiveness.”

Long may it continue.

The Mustang Fastback is remarkably cheap, has oodles of character, more than enough grunt. What’s not to love? ...