Don’t Get Caught Out With Employment Rules Changes

READ NEXT
Looking for the ideal staff wellbeing activity? 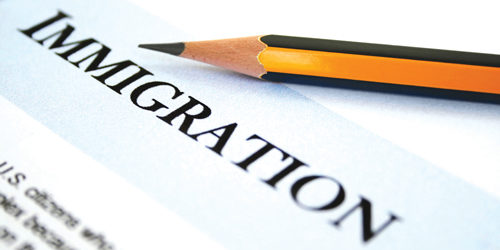 Brexit looms large in the world of business immigration. Many businesses have already started scenario planning in order to better prepare for the impact it may have on the ability to recruit talent from overseas. In the midst of all of the confusion over what Brexit will mean for businesses, it is easy to lose sight of important and fundamental changes that are already being made.

The Home Office has confirmed numerous modifications to the UK business immigration rules which came into effect from 6th April 2017. The changes are part of an ongoing programme of reform ultimately aimed at reducing net migration. Here are some of the most important changes that businesses need to know about.

The ISC will apply to sponsors of all non- EEA nationals applying for entry clearance or leave to remain in the Tier 2 (General) or Tier 2 (Intra-Company Transfer) categories, unless the individual falls within a limited number of exemptions.

The minimum salary requirement for experienced hires in the Tier 2 (General) visa category will rise to whichever is the greater of £30,000 and the appropriate rate for the job as stated in Appendix J of the immigration rules. The previous fixed minimum was £25,000. The ‘new entrant’ minimum rate will remain £20,800.

The ‘Short-term Staff’ sub-category has been closed, which leaves only the ‘Long-term Staff’ and the ‘Graduate Trainee’ sub-categories for intra-company transfers. The big impact of this is that the minimum salary threshold for all Tier 2 (ICT) applications, with the exception of Graduate Trainees, will now be £41,500.

The annual salary threshold, above which an exemption from the ‘cooling-off’ period and an extended maximum stay of up to nine years is available, has been reduced from £155,300 to £120,000.

Where the applicant will be earning a gross annual salary of more than £73,900, a new exemption applies from the requirement (in the Long-term Staff sub-category) for the applicant to have worked outside the UK for an overseas entity linked to the sponsor for at least 12 months immediately prior to the application.

This threshold is important because, for applicants who will be paid above it, an exemption applies to:

The 12 month cooling off period.

The restriction on the applicant owning more than 10% of the shares of their intended sponsor (if it is a limited company).

The requirement of the sponsor to apply for a restricted Certificate of Sponsorship.

The requirement of the sponsor to carry out a resident labour market test (RLMT).

Changes have been made to the advertising requirements for new graduate jobs and internships.

The salary threshold, above which a sponsor will not be required to advertise a role on Universal Jobmatch/Jobcentre Plus, has risen to £73,900.

A new requirement for overseas criminal record certificates to be produced in respect of entry clearance applications under Tier 2 (General) has been introduced. It applies to applicants who are 18 or over and applying for roles in any of a specified list of Standard Occupational Classification (SOC) codes in health, social care or education sectors (and their partner dependants).

The period of overstay before a mandatory re-entry ban is triggered has been significantly reduced, from 90 days to 30 days. This could have significant implications, for example for workers who find themselves in a position where their leave has expired without them having made a valid application for an extension. There is now a much greater risk of them being forced to leave the UK because they have been unable to regularise their position within the shorter overstaying period.

It is clear that in many UK-based businesses, there is concern about the wider implications of Brexit on the ability to recruit and retain workers from Europe. We are increasingly working with businesses to assess their exposure to changes in the rules on free movement of persons, and to scenario plan for the future. However, it is also important to consider the other options, and for many businesses this means exploring and keeping up to date with the current system of sponsorship under the points-based immigration system for non-EEA nationals.